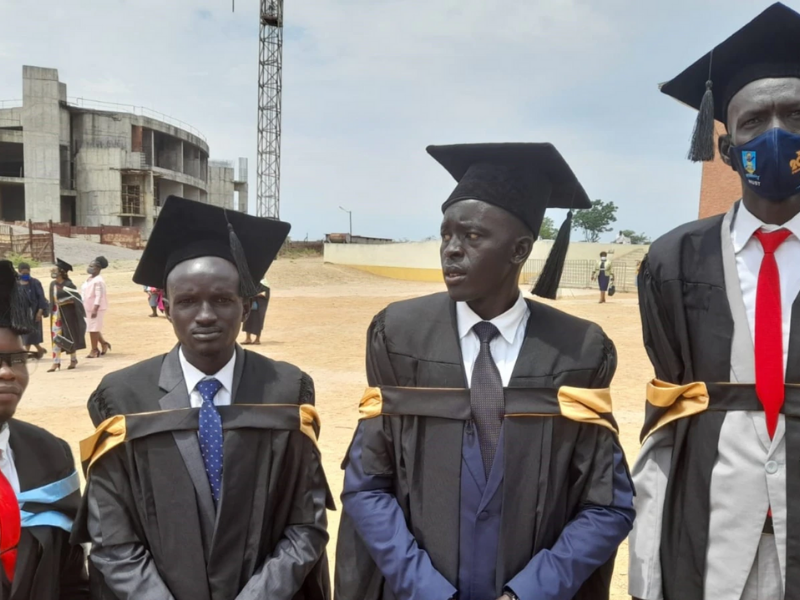 Fourteen South Sudanese nationals who graduated Friday from Zimbabwe’s National University of Science and Technology in Bulawayo, the country’s second-biggest city, claim they are trapped because their government has failed to give them flight tickets to travel home. Makuei Maker Chuny, their spokesperson, said that they do not have food or shelter owing to a lack of cash.

He told VOA Zimbabwe Service that they had attempted in vain to seek assistance from the Sudanese Embassy in Harare, with no sign of relief coming anytime soon.

“We’ve been here for six years, and the government was supposed to supply us with two-way tickets both ways.” We’ve only used one ticket so far, traveling from South Sudan to Zimbabwe… This is a life-or-death crisis. The school will now be shuttered, and there will be no water or power on site. How are you going to survive? Furthermore, we used to have a warden here, but there is no longer one. We’ll be left alone in the building, which isn’t healthy for our health.

“We are requesting that the South Sudanese authorities give us with plane tickets as quickly as possible.” This should be completed by the end of the week. We want to return home. If they do not do so, we will continue to occupy the embassy (South Sudan), as we have done in the past, since the situation requires it. It’s also inconvenient for us at the embassy. This should be a satisfying conclusion. It should not be a disappointing conclusion. We’ve been battling and suffering in this place. They have not been constant in paying money, and we have been evicted on many occasions… We are pleading with our government to assist us.”

Chuny described his country’s inability to pay for a few pupils’ plane tickets as unfathomable.

“We are a small group. We are just 14 years old. How can a whole country fail to provide transportation for 14 people? We didn’t think it would take more than a week. I’ve been writing to several offices for the last two months, requesting that they send tickets to my student colleagues, but nothing has been done.

Our administration has not notified us when we would get our tickets. I’ve been attempting to communicate, but nothing has gone through clearly. So, I’m taking use of this (graduate ceremony) in the presence of South Sudanese students in Zimbabwe to ask the South Sudanese government to grant our (air) tickets as soon as feasible.”

He said that they are eager to serve their country with the skills they learned in Zimbabwe.

“We don’t want to be here next week when we’ve already finished school.” We have a lot of stuff. We have a lot of stuff to offer the nation. The nation lacks water supplies, and I’m here with the abilities that I can provide. I was collaborating with the Bulawayo City Council, and the (water) stations where I was working were already operating. So it is prudent for the government of South Sudan to provide us with flight tickets so that we may return home as soon as possible, and then we can settle and work on how we can supply these services based on the skills that we learned in Zimbabwe.”

Chuny believes the South Sudanese president should step in since education authorities are failing to assist them.

“… We are requesting that our president, Salva Kiir (Mayardit), who gave us with these scholarships and still has the authority to return us home, do so.” It’s not a good idea for a graduate to stay in the same area.”

He added that the country’s officials in Zimbabwe had been unable to pay for the students’ flight tickets, who are yearning to return home.

“We’ve spoken to him (ambassador), but he doesn’t have the authority.” He has attempted to walk about begging for help, but no one has answered as of yet. I’ve also dispatched a delegation of last year’s graduates to Juba to look into the ticket problem, but they’ve been kicked out of several offices, which isn’t good.

South Sudanese authorities in Harare did not reply to phone calls and text messages regarding the students’ suffering. 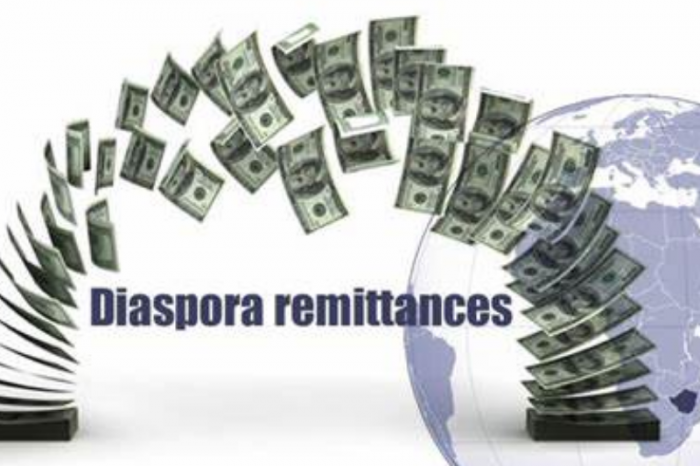 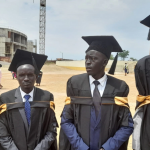