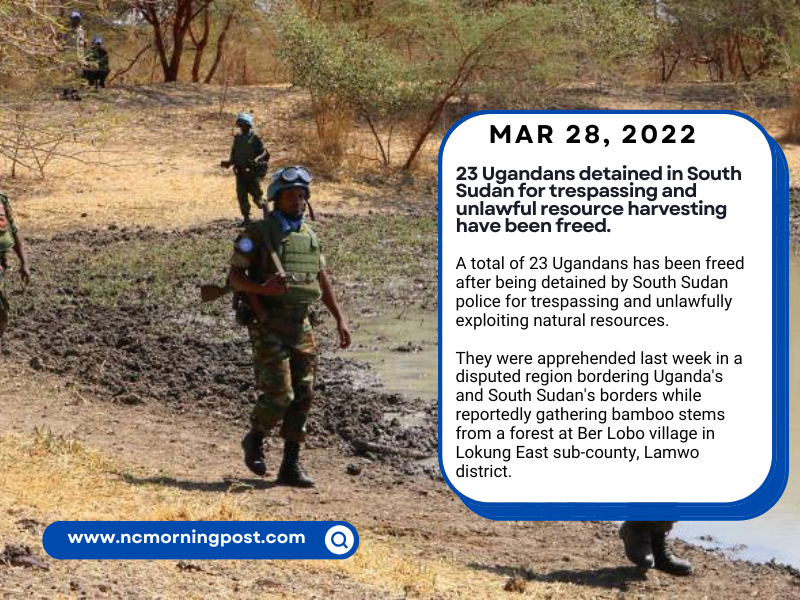 A total of 23 Ugandans has been freed after being detained by South Sudan police for trespassing and unlawfully exploiting natural resources.

They were apprehended last week in a disputed region bordering Uganda’s and South Sudan’s borders while reportedly gathering bamboo stems from a forest at Ber Lobo village in Lokung East sub-county, Lamwo district.

The Ugandans were met by the Lamwo resident district commissioner, James Nabinson Kidega, at the Awenolwiyo border checkpoint in Lamwo district on Tuesday.

According to an anonymous police official at the Awenolwiyo immigration border post, the suspects were briefly detained at the Teten border post before being moved to the Police Central Division in Lubone for additional investigation.

According to the source, the suspects were charged with unlawfully extracting natural resources and criminal trespass while at the Lubone Police central division.

Patrick Oringa, Charles Rubangakene, Richard Kilama, Powell Okello, Richard Opoka, and Peter Komakech are among those who have contributed.

Kidega said that the release was the result of several conversations with his colleagues in South Sudan.

He went on to say that the suspects were apprehended in Uganda, and that the two border villages had been exchanging resources.

David Otoo, the commissioner for Magwi County, denied charges of torture and humiliation of the accused.

He promised to look into the allegations leveled against Bomah chiefs and immigration agents.

Otto, on the other hand, stated that authorities have long been concerned about unscrupulous Ugandans who reportedly invade their land and chop down the forest cover, despite a restriction on the destruction of natural forest cover.

He urged the governments of Uganda and South Sudan to speed up the process of redefining the two nations’ shared borders in order to put an end to the long-running border conflicts.

Lamwo resident district commissioner James Nabinson Kidega has asked for a probe into reports that the arresting cops took the suspects’ goods and valuables, including two axes, 28 pangas, phones, identity cards, and money. 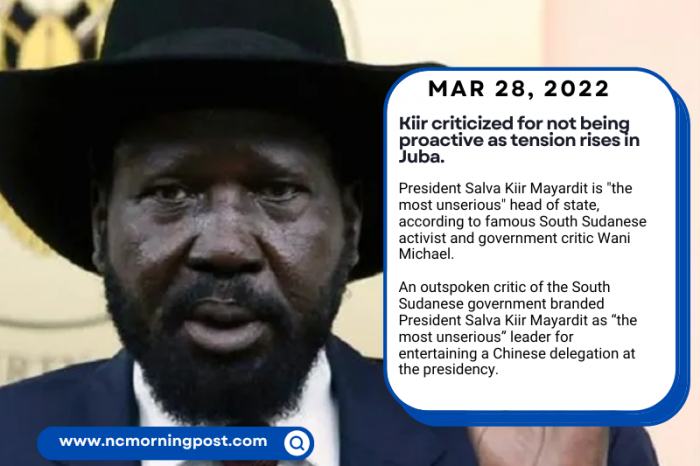 Kiir criticized for not being proactive as tension rises in Juba. 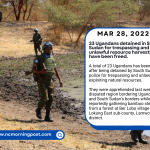