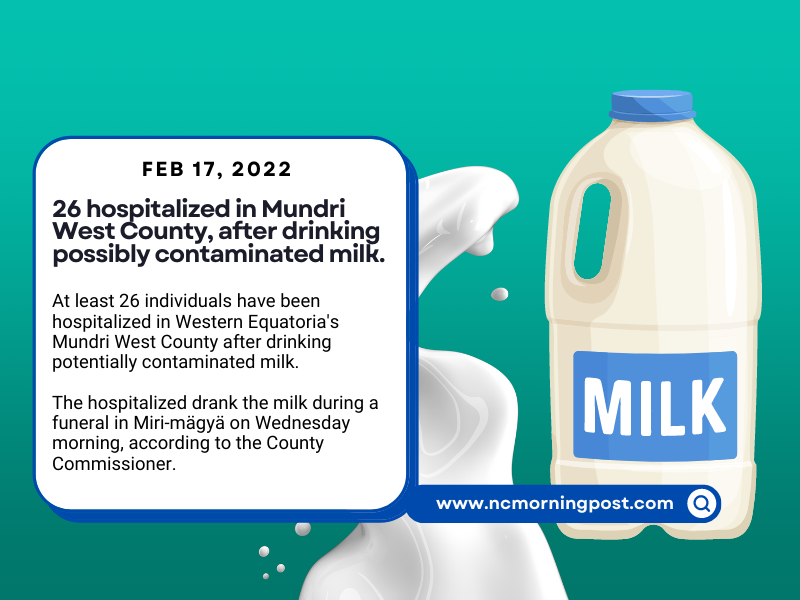 The hospitalized drank the milk during a funeral in Miri-mägyä on Wednesday morning, according to the County Commissioner.

According to Zilipha Dawa, the wounded were immediately brought to Mundri Primary Health Care Center, where they are being treated.

This morning, they recovered and their condition is stable, “she explained in an Eye Radio publication seen by NCMP.

Dawa said most of those hospitalized are youngsters who suffered from severe vomiting after ingesting the milk, but the situations are currently pretty stable.

It is not apparent what could have caused the difficulties in them.

But Dawa claimed the samples of the milk they sipped and the bread they ate were submitted to Lui hospital for analysis to identify the reason for the issue.

“These two objects were transported to Lui Hospital and we are waiting for the findings to arrive to establish what occurred, so then we can offer clear information,” she said.

Commissioner Dawa has warned residents not to consume milk or purchase meat that has not been certified by the authorities. 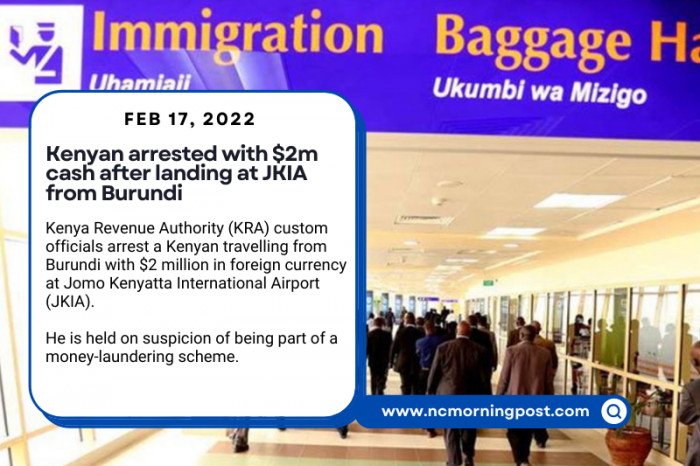 Kenyan arrested with $2m cash after landing at JKIA from Burundi 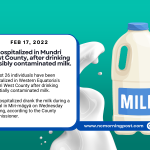