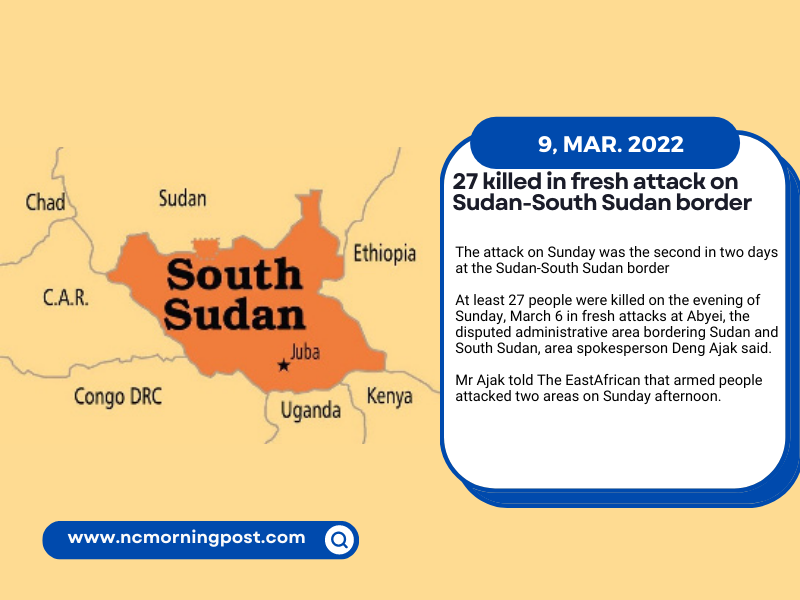 At least 27 people were killed on the evening of Sunday, March 6 in fresh attacks at Abyei, the disputed administrative area bordering Sudan and South Sudan, area spokesperson Deng Ajak said.

“This is the second attack, another attack happened on Saturday, but the tragic one was the Sunday one when armed men, with others riding horses, attacked Mading-Thon and Kuol-Bol areas on the western side of the Abyei, an attack that killed many.

He urged the United Nations Interim Force for Abyei (UNISFA) to protect civilians in the area.

In May 2021, South Sudan President Salva Kiir Mayardit formed a committee to dialogue with Sudan over the disputed Abyei area.

In Kiir’s committee was his National Security Affairs Advisor Tut Gatluak, deputized by East African Affairs Minister Deng Alor Kuol who is an Abyei native, and three other members from the National Legislative Assembly.

Kiir’s forming of the committee came a week after an attack on civilian Dunguop village of Abyei town that left at least 11 people dead and seven others injured.

However, no findings have been made public despite the group being tasked to provide a monthly progress update.

Abyei is a contested border town between Sudan and South Sudan which experiences occasional violence and cattle rustling incidents.

The two countries are yet to agree on the mapping of the border since South Sudan seceded from Sudan in 2011.

In 2020, the UNISFA warned of the possibility of renewed clashes despite the ongoing peace efforts in the area.

UNISFA was deployed in June 2011 to protect civilians under the imminent threat of physical violence and protect the area from incursions by unauthorized militants. Civil society groups, however, say the area is attacked mostly because the UN forces do not counter attacks.

There are 3,550 soldiers, 640 police personnel, including 148 individual police officers, and three formed police units deployed in Abyei. As is tradition with most blue helmets, they are non-combat troops meant to defend civilians and prevent the occurrence of violence.

South Sudan and Sudan are yet to agree on a joint administration, including a police force for the Abyei area.

In 2019, the Undersecretary of the UN Peacekeeping Operations, Jean-Pierre Lacroix, called on South Sudan and Sudan to use their cordial bilateral relations to resolve the status of the Abyei region. 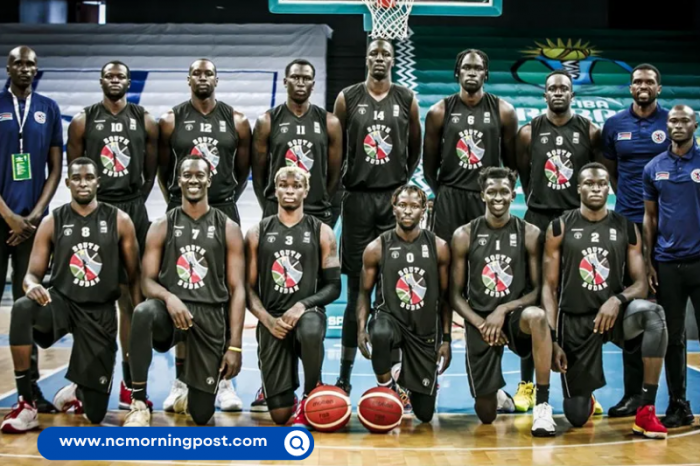 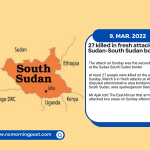