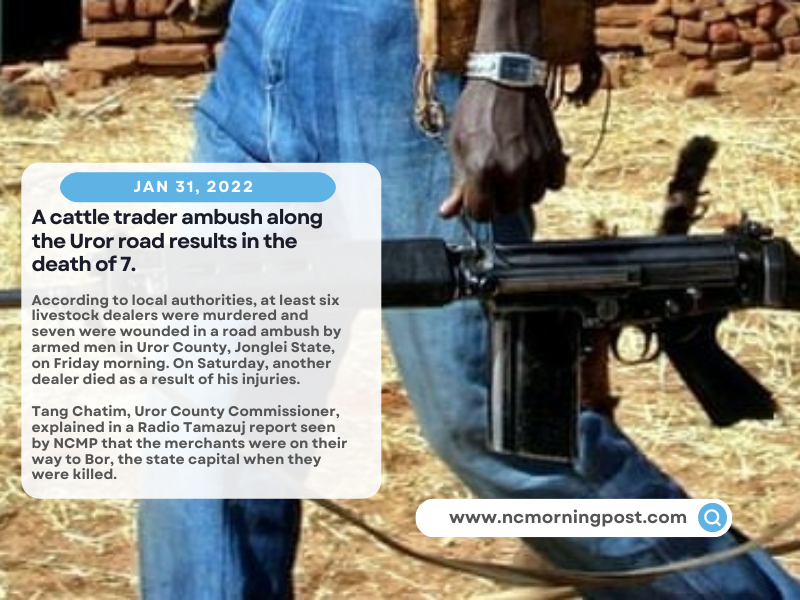 According to local authorities, at least six livestock dealers were murdered and seven were wounded in a road ambush by armed men in Uror County, Jonglei State, on Friday morning. On Saturday, another dealer died as a result of his injuries.

Tang Chatim, Uror County Commissioner, explained in a Radio Tamazuj report seen by NCMP that the merchants were on their way to Bor, the state capital when they were killed.

“Approximately 40 of our local kids and merchants departed Yuai town to sell their livestock in Bor.” They were attacked when they arrived at 3 a.m. in the Luorbieldeng region between Uror and Gadiang. “Six people were murdered on the scene, and seven others were wounded,” Tang said.

The county commissioner said that the assailants remain unknown, but that armed adolescents from the Greater Pibor Administrative Area (GPAA) may have carried out the assault, which also resulted in the raiding of around 1000 animals.

The perpetrators fled shortly after the incident, according to county police inspector Peter Gatbel Machar.

“No one was apprehended; the assailants murdered six merchants on the scene, and another perished the next day in Gadiang.” “Our boys were able to discover some of the livestock dispersed in the woods after around 1,000 cattle were looted,” he claimed.

The GPAA human rights commission, according to Nyany Korok, is unaware of the occurrence.

“We are unaware of it.” However, the assault on the merchants may have been carried out by criminals. “As a government, we are dedicated to reaching an agreement with our Jonglei colleagues,” he stated. 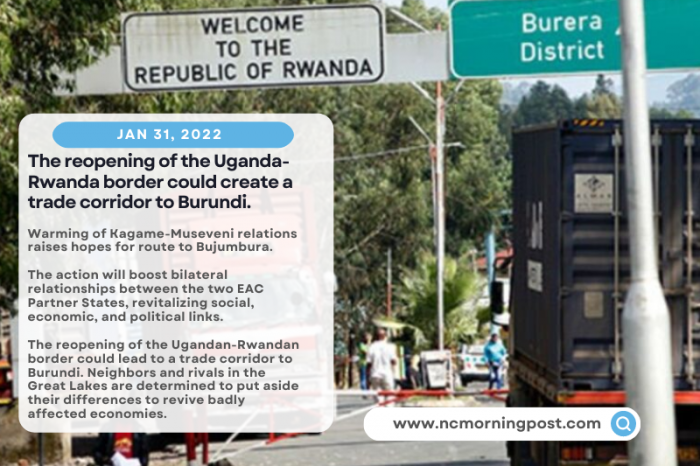 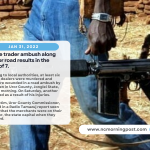