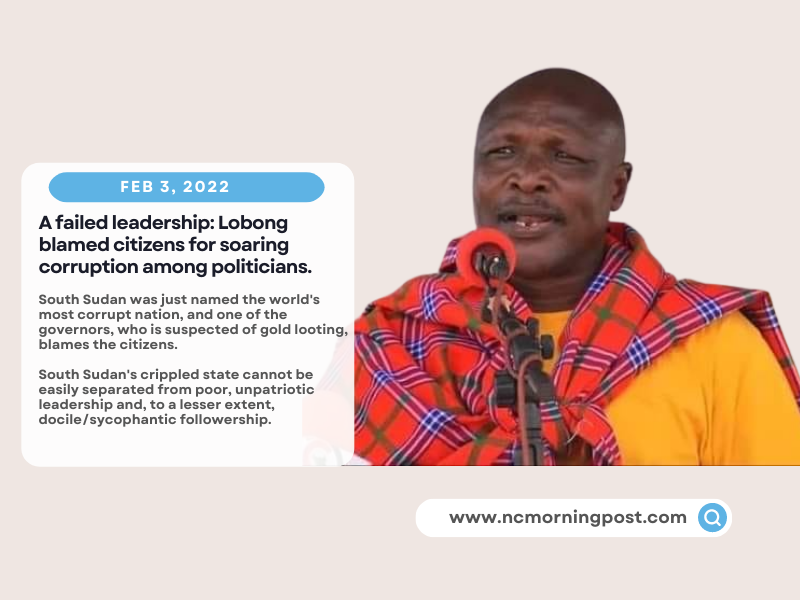 For the sake of economic survival, these followers are constantly licking boots. Who will deliver these extremely fickle-minded South Sudanese from the shackles of spiritlessness?

South Sudan was just named the world’s most corrupt nation, and one of the governors, who is suspected of gold looting, blames the citizens.

South Sudan was named the world’s most corrupt country in 2021 by Transparency International.

According to the governor of Eastern Equatoria State, Louis Lobong Lojore, South Sudanese civilians are to blame for corruption among government officials in the nation.

Most South Sudanese leaders are unable to separate politics from government. As a result, the conversion of indigenous natural resources to riches for the general good has long been absent from the popular language of South Sudanese political leaders.

South Sudanese people are only consumers of what is created in other countries and civilizations.

South Sudan’s leadership style is defined by primitive arrogance, a complete lack of vision, and self-interest. The elites are always eager to sacrifice people in order to further their own goals.

Politicians nowadays have gone insane. Economic, financial, and political crimes are all massive in scope. Corruption has come to be accepted as a way of life.

If a South Sudanese leader did not take public funds, he would be labeled an idiot. Even academia is not immune, as power brokers continue to deftly (and sometimes boldly) pillage all the “lootables,” as though they suffer from psychological problems.

As South Sudan slides into the dirt of primitive leadership, the country’s forefathers are lamenting and sobbing. 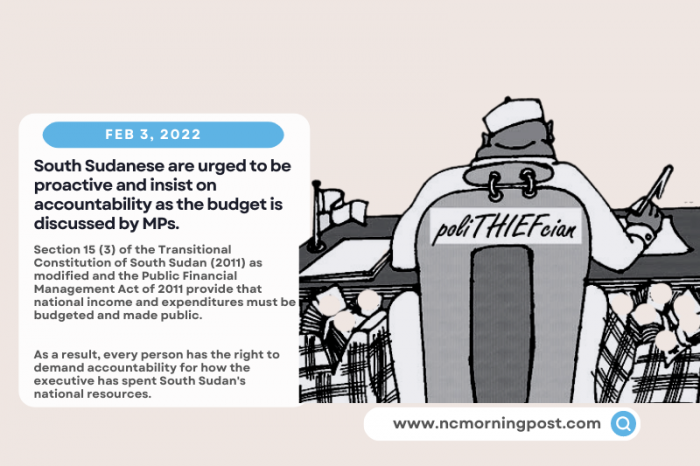 South Sudanese are urged to be proactive and insist on accountability as the budget is discussed by MPs. 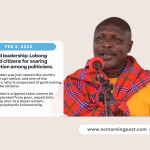