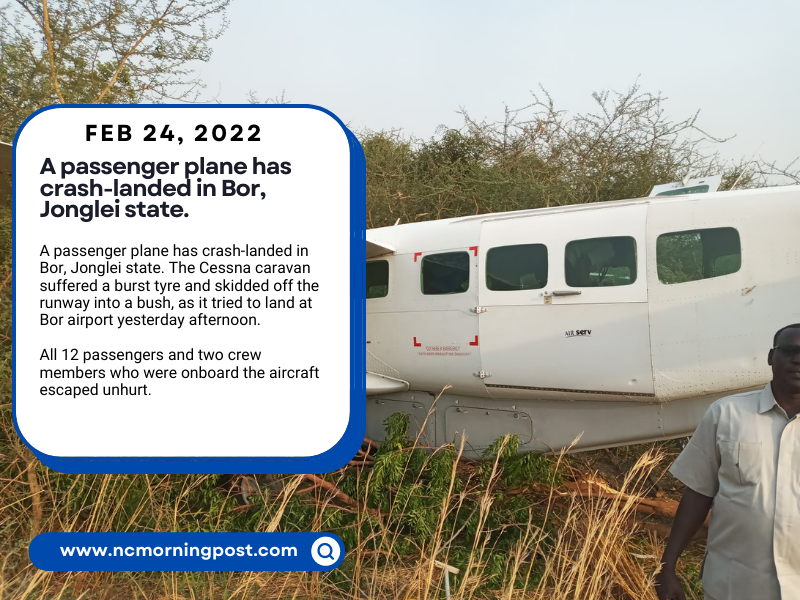 A passenger airliner has crash-landed in Bor, Jonglei state. The Cessna caravan suffered a burst tyre and skidded off the runway into a bush, as it tried to land at Bor airport yesterday afternoon.

All 12 passengers and two crew members who were onboard the aircraft escaped unhurt.

The Director of Bor airport, Kuot John Akech Akech confirms that the plane operated by Air Services, was traveling from Uror to Juba via Bor.

He says all passengers continued their onward journeys by road.

The entire under carriage and propeller of the plane were completely damaged, while the cockpit screen was shattered.
Bor airport remains open and operating as normal. 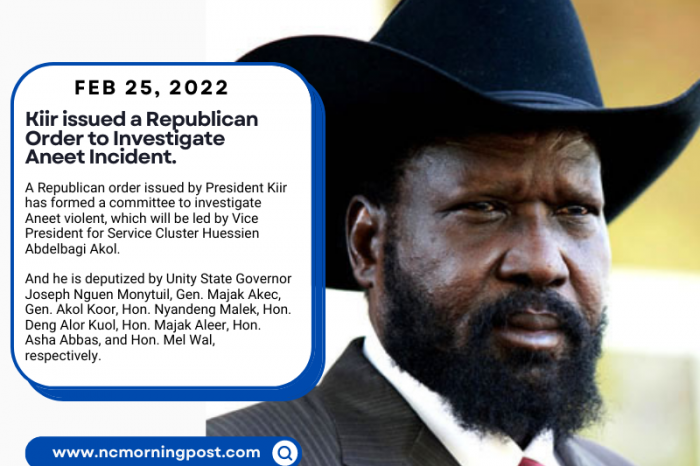 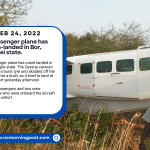