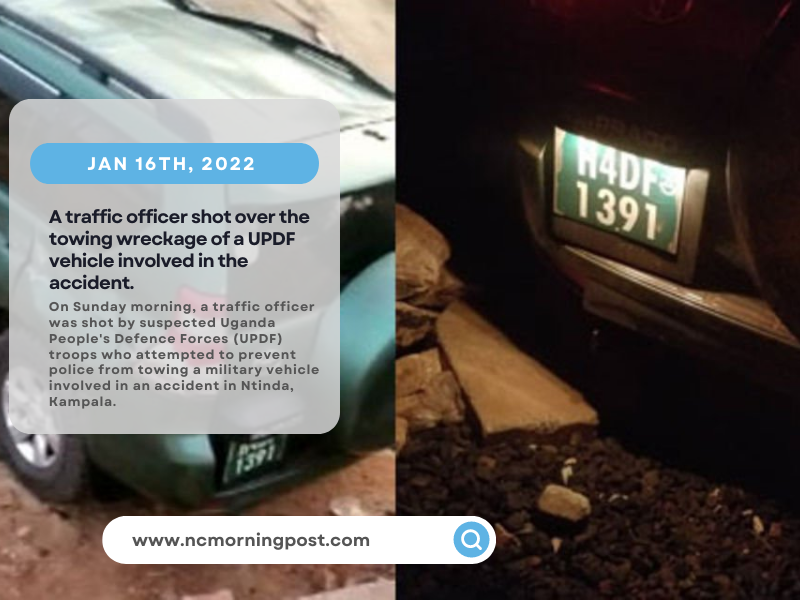 On Sunday morning, a traffic officer was shot by suspected Uganda People’s Defense Forces (UPDF) troops who attempted to prevent police from towing a military vehicle involved in an accident in Ntinda, Kampala.

According to a source, the traffic officer, Police Constable Robert Mukebezi, was seated on the passenger side of a breakdown truck towing a military Toyota Prado TX that had knocked down a Kobil signpost at Naalya when they were intercepted by soldiers in a double cabin vehicle with military registration number plates at Ntinda traffic lights around 6 a.m.

According to him, the troops emerged from a double cabin and fired their first shots into the air.

He said that when the troops inquired where they were hauling the military vehicle, they replied, “to the police.”

According to accounts, one of the soldiers then fired six shots on the passenger side of the vehicle, hitting Constable Mukebezi on the leg.

The troops reportedly took the bleeding officer out of the car and put him on the ground before ordering the wreckage to be driven to Mbuya by the driver of the breakdown.

PC Mukebezi was eventually apprehended by police and transferred to Mulago National Referral Hospital Mulago in Kampala City, where he is believed to be in serious condition after losing a significant amount of blood.

The shooting of an officer by “unidentified men clothed in military garb” who alighted from a military vehicle was verified by Kampala Metropolitan Police deputy spokesperson Luke Owoyesigyire.

“Investigations to identify the gunman are underway,” Assistant Superintendent of Police Owoyesigyire stated.

According to eyewitnesses who talked to this reporter, the accident occurred at 5 a.m. when the driver of the military vehicle lost control and collided with the Kobil signpost in Naalya.

The passengers, whom eyewitnesses characterized as inebriated, abandoned the car at the site.

Responders contacted police, who sent Police Constable Mukebezi to the site to tow the car to the police station.

According to a source, PC Mukebezi hired a breakdown truck to transport the debris, but when they arrived at the Ntinda traffic signals, they were met by a double cabin with military registration number plates.

According to the informant, they were fired at before they could explain why they were towing the car, wounding a police officer. 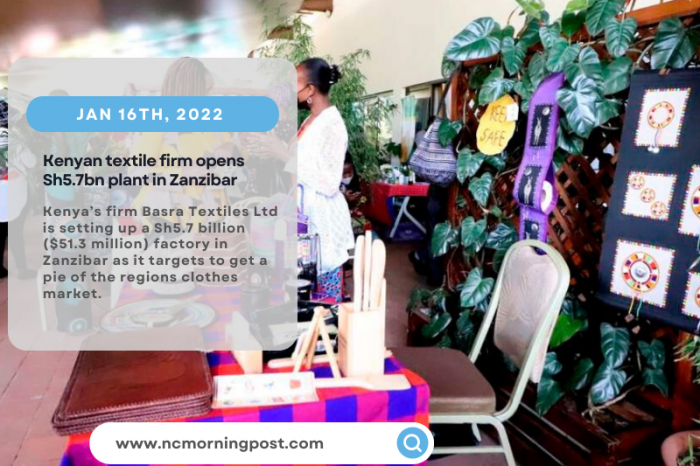 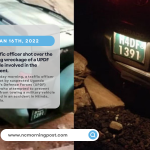