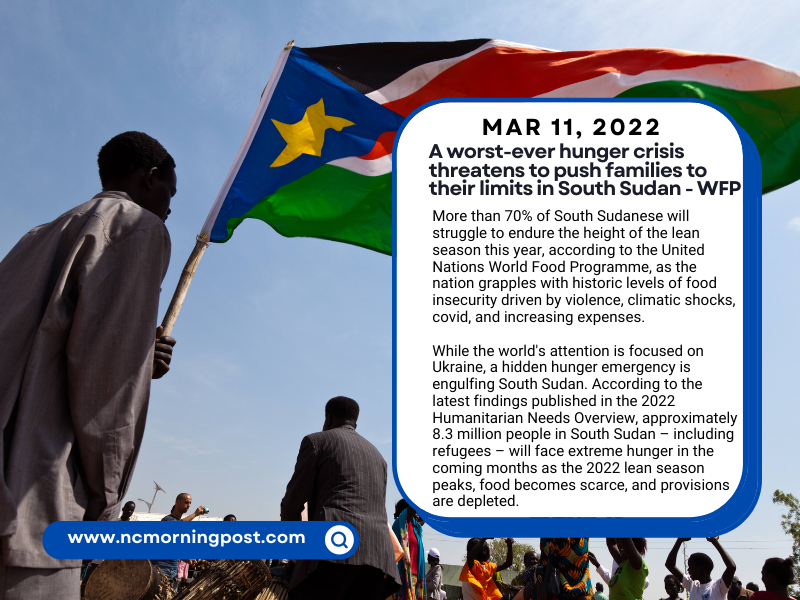 More than 70% of South Sudanese will struggle to endure the height of the lean season this year, according to the United Nations World Food Programme, as the nation grapples with historic levels of food insecurity driven by violence, climatic shocks, covid, and increasing expenses.

While the world’s attention is focused on Ukraine, a hidden hunger emergency is engulfing South Sudan. According to the latest findings published in the 2022 Humanitarian Needs Overview, approximately 8.3 million people in South Sudan – including refugees – will face extreme hunger in the coming months as the 2022 lean season peaks, food becomes scarce, and provisions are depleted.

Tens of thousands of South Sudanese, who are already critically hungry as a result of multiple and persistent shocks, are particularly vulnerable and might starve if food aid is not provided.

South Sudan is part of a “ring of fire” surrounding the world, where climate change, war, disease, and growing expenses are pushing millions closer to hunger.

Climate change and continuous violence have resulted in large-scale displacement, loss of livelihoods, degradation of arable land and crops, and increasing food costs, jeopardizing the existence of populations living in some of the most remote locations of the states of Jonglei, Lakes, Unity, and Warrap.

“The scope and depth of this situation are concerning.” People throughout the nation have exhausted all of their available choices to make ends meet, and they are now left with nothing,” said Adeyinka Badejo, Deputy Country Director of the World Food Programme in South Sudan.

While providing crucial food and nutrition support to vulnerable people, WFP also performs resilience-building programs to aid these communities in dealing with unexpected shocks without losing all of their productive assets.

“Given the severity of this disaster, our resources only enable us to reach some of those most in need with the minimal necessities of survival, which is far from adequate to allow communities to recover.”

“WFP is working diligently not just to meet these urgent needs, but also to help communities rebuild their resilience and be better equipped to handle future shocks,” Badejo added.

WFP provided food and nutrition support to 5.9 million individuals in 2021, including around 730,000 people in South Sudan who benefitted from livelihood activities.

In Greater Jonglei and Unity States, where unprecedented floods and localized conflict prevented people from reaching their cultivated fields, WFP provided cash assistance to people in need of food and other basic necessities, provided communities with tools to protect and maintain critical assets, and trained young people in a variety of vocational activities, including post-harvest management.

To assist communities in preparing for the effects of floods, WFP constructed dykes in high-risk regions such as Bor in Jonglei State, where an 18-kilometer dike allowed thousands of displaced people to return home. Similarly, WFP has begun rebuilding a critical route that was inundated as a result of the disastrous floods that ravaged Bentiu in Unity State, where many people remain homeless.

In regions that were not flooded, WFP collaborated with community members to clear and cultivate more than 40,000 acres of land for food production, allowing smallholder farmers to be more self-sufficient throughout the year.

“Investing in resilience is a vital step in assisting communities in overcoming poverty and hunger.”

While we stand by their side to address their most pressing issues, we must also work closely with the government and other development partners to find long-term solutions to some of South Sudan’s chronic problems, such as addressing entrenched inequity and isolation and restoring conditions for peace and stability,” said Badejo.

Contributing to the comprehensive and long-term alleviation of South Sudan’s hunger problem is a big issue.

The World Food Programme (WFP) is facing a serious financial shortage of $526 million over the next six months to finance its crisis response, resilience building, and long-term development programs in the nation. 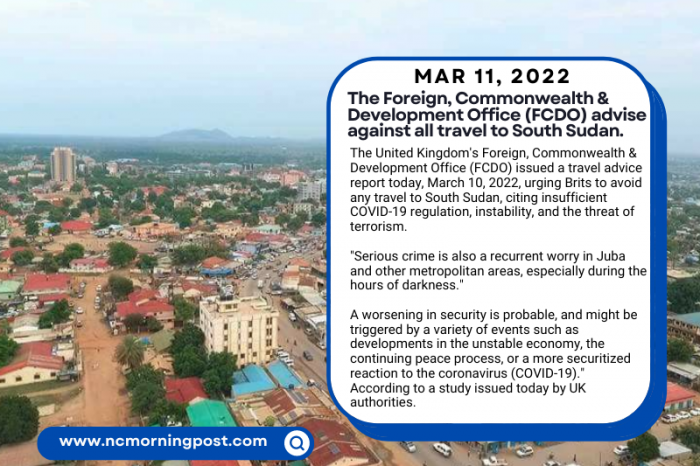 The Foreign, Commonwealth & Development Office (FCDO) advise against all travel to South Sudan. 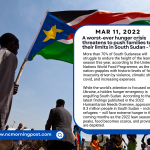