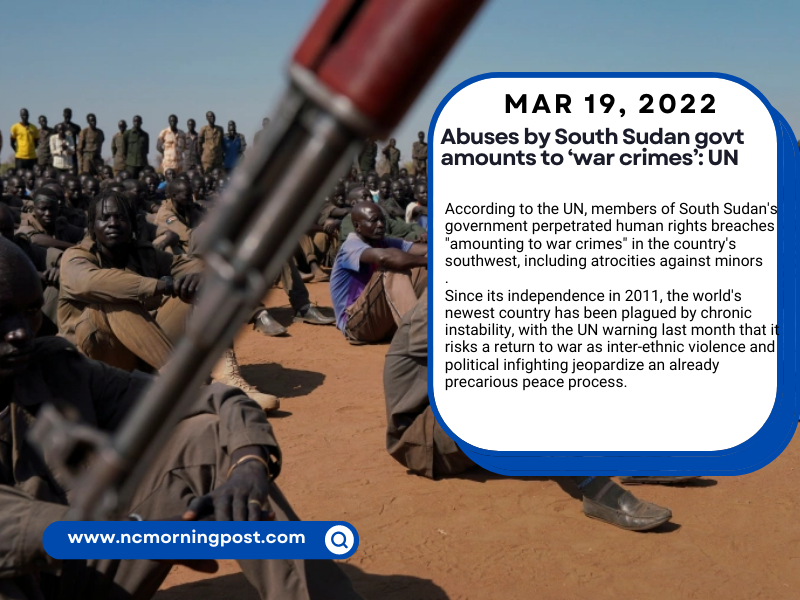 According to the UN, members of South Sudan’s government perpetrated human rights breaches “amounting to war crimes” in the country’s southwest, including atrocities against minors.

Since its independence in 2011, the world’s newest country has been plagued by chronic instability, with the UN warning last month that it risks a return to war as inter-ethnic violence and political infighting jeopardize an already precarious peace process.

On Friday, the UN Commission on Human Rights (UNCHR) in South Sudan issued a new report, stating that it had “reasonable grounds to believe that members of the government of South Sudan engaged in acts… amounting to war crimes” in the southwestern districts of Central Equatoria and Western Equatoria.

“It [the commission] has compiled a list of 142 persons who merit investigation for a variety of offenses under national and international law,” said Yasmin Sooka, Chair of the Commission on Human Rights in South Sudan, in a statement to the UN Human Rights Council in Geneva.

The investigation detailed significant human rights violations ranging from mass rapes and sexual enslavement of women to the intentional killing of scores of children, including at least one toddler who was beaten to death in front of his mother by troops.

“The idea that localized violence is unrelated to state or national-level disputes, as stated by the government and South Sudanese military elites, is a myth,” Sooka added.

“These localized murders, massacres, torture, abductions, detentions, looting, village burnings, and forced relocation, as well as rape and sexual assault, are a mirror of the strong political contestation for power… at the national level.”

“Nearly all 14 of the United Nations’ risk indicators for atrocity crimes are now present in South Sudan,” Sooka said.

According to a joint report released earlier this month by the United Nations Mission in South Sudan (UNMISS) and the Office of the High Commissioner for Human Rights (OHCHR), at least 440 civilians were killed in brutal fighting between rival armed groups in the country’s southwest between June and September last year.

According to the article, the violence was caused by soldiers loyal to President Salva Kiir and competing troops loyal to Vice President Riek Machar, as well as “their respective associated militias.”

Oil-rich South Sudan obtained independence from Sudan in June 2011 but has been embroiled in ethnic conflict since December 2013, when soldiers loyal to Kiir started fighting against those loyal to his deputy, Machar.

Several peace talks have failed, including one in which Machar agreed to return as vice president in 2016, only to escape months later amid fresh bloodshed.

A second peace accord agreed in 2018 has mostly been held, with warring parties establishing a coalition government in 2020 and Kiir and Machar attempting to administer the nation as president and vice president for the third time. 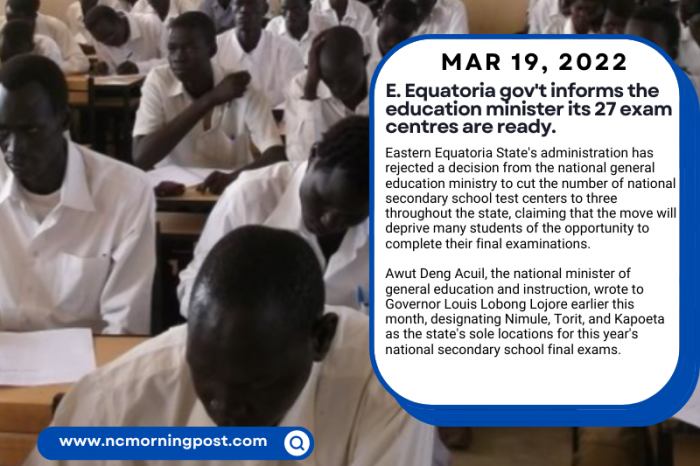 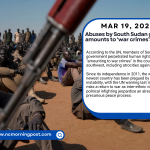