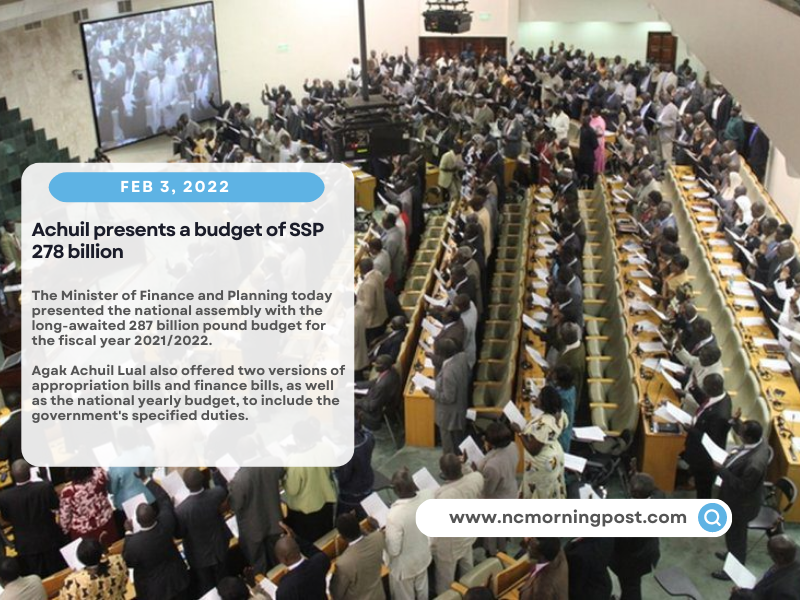 The Minister of Finance and Planning today presented the national assembly with the long-awaited 287 billion pound budget for the fiscal year 2021/2022.

Agak Achuil Lual also offered two versions of appropriation bills and finance bills, as well as the national yearly budget, to include the government’s specified duties.

The proposals were to address the backdrop of conflict-induced fragility, climate change, and the Covid-19 epidemic, according to the minister.

The belated fiscal budget, according to minister Achuil, aims to stimulate economic recovery through practical and tangible fiscal and monetary measures that promote inclusive economic growth.

This, he argued, would also assist in preserving price stability and encouraging private sector engagement in the economy.

Minister Agak went on to say that the economic and social policies for the recently presented budget include, among other things, lowering inflation from 22.8 percent in fiscal year 2020/2021 to 16.3 percent.

However, he emphasized that agricultural diversification will serve as the engine to boost inclusive development and sustainable livelihoods for the poor and vulnerable families.

The yearly budget is based on predicted oil and non-oil earnings, as well as assistance from foreign nations.

The 287-billion-euro budget was initially presented to the ministerial council in July of last year.
Every year, the country’s fiscal year starts in July.

However, South Sudan has been functioning under a supplemental budget for 2019/2020, with uncertain accountability.

“The budget has been submitted, this is the half-year of the budget, and you know very well that there would not be very much to be done since the year has gone,” Rebecca Joshua, Chief Whip of the governing SPLM party in parliament, stated.

She urged senators to expedite budget negotiations and enact the bill as quickly as possible.
According to her, this would assist solve the irregular compensation of government officials and organized forces.

“As a result, I want to urge the members to accomplish their task thoroughly, promptly, and flawlessly.” Not only that, but the legislature will keep in mind that we are worried about government employees and organized forces, so we will proceed while thinking and keeping in mind that civil servants and organized forces are waiting for us,” she repeated popular worries.

Mrs Joshua went on to say, “If we accomplish this task swiftly and carefully, we will have the chance to look at these two categories.”

The finance minister presented the proposed budget for 2021/2022 to Jemma Nunu Kumba, the speaker of the new unity parliament.

She, for one, requested that all relevant committees in the august house, particularly those of finance and economics, speed the process.

Nunu said that the committees must report to the legislature within 21 days, in compliance with business behavior legislation 2013 as revised in 2021.

The budget is required by law to be presented to the national assembly by the 15th of May of each fiscal year, although this has not occurred for the previous two years. 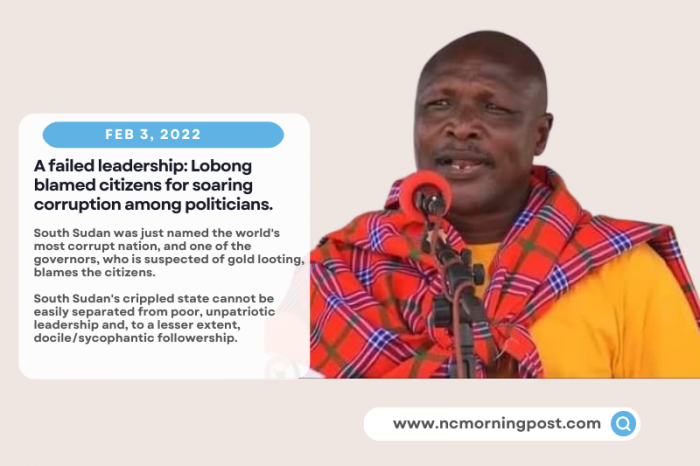 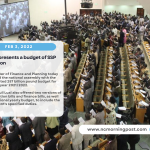