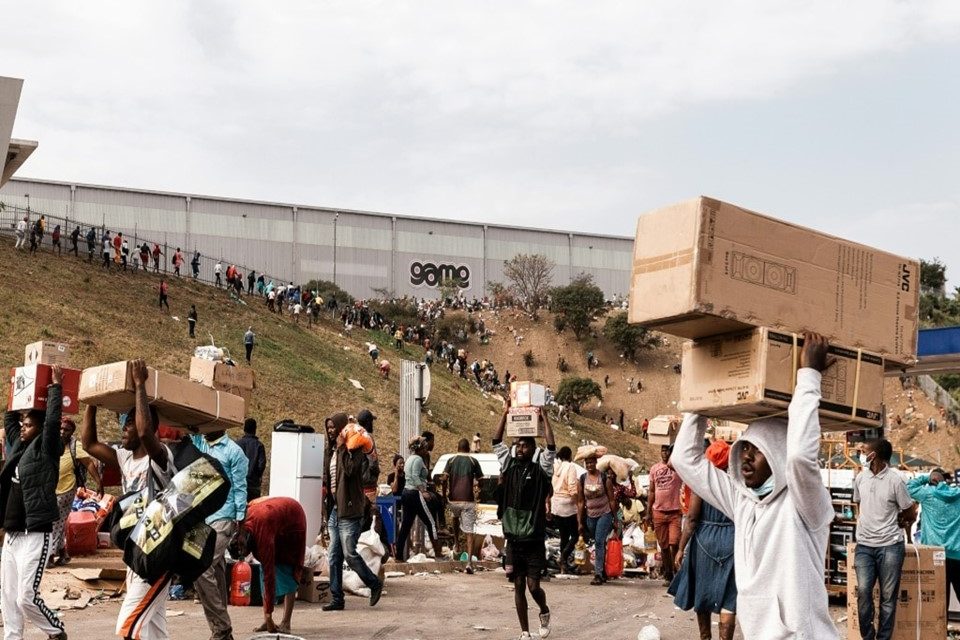 The African Union Commission has condemned the violence in South Africa that has left 72 people dead.

Stores and warehouses in South Africa were hit by looters Tuesday for a fifth day running despite the troops President Cyril Ramaphosa deployed to try to quell unrest that has claimed 72 lives.

As pillaging erupted in the economic capital of Johannesburg and the southeastern province of KwaZulu-Natal, South Africa’s main opposition accused radicals of stoking the unrest.

But these numbers are dwarfed by the more than 70,000 troops deployed to enforce last year’s coronavirus lockdown, and only a handful of soldiers were seen at some shopping centres.

By the weekend, it started spreading to Gauteng province.

Most of the deaths “relate to stampedes that occurred during incidents of looting of shops”, it said.

The number of arrests has risen to 1,234, although many thousands have been involved in the ransacking sprees.

Earlier TV footage showed dozens of women, some wearing their dressing gowns, men and even children strolling into a butcher in Soweto, coming out balancing heavy boxes of frozen meat on their heads or shoulders.

In Alexandra township north of Johannesburg, hundreds of people streamed in and out of a shopping mall, freely grabbing groceries.

“I’m really not concerned about Zuma. He is a corrupt old man that deserves to be in jail,” said a 30-year-old man who works at a car wash.

In Pietermaritzburg, KwaZulu-Natal’s capital, people hauled boxed refrigerators through bushes to a long line of cars that were parked along a highway.

A woman was seen throwing her baby from the first floor of a building to save her from fire after shops below her apartment were set on fire. The child safely landed with a group of people on the street.

In his nationwide address Monday night, Ramaphosa lashed “opportunistic acts of criminality, with groups of people instigating chaos merely as a cover for looting and theft”.

The chair of the African Union Commission condemned “the surge of violence that has resulted in the deaths of civilians and appalling scenes of the looting”, calling “for an urgent restoration of order”.

In a statement, the party accused them of using “social media to express comments which appear to encourage and incite the violence and looting.”

He started serving the term on Thursday after handing himself in to authorities.

He rose in democratic South Africa to vice president and then president, before being ousted by the ruling African National Congress (ANC) in 2018 as scandals proliferated.

South Africa is deep in an economic malaise, with cripplingly high levels of unemployment. Economic activity had already been badly affected by restrictions to stop the spread of coronavirus. 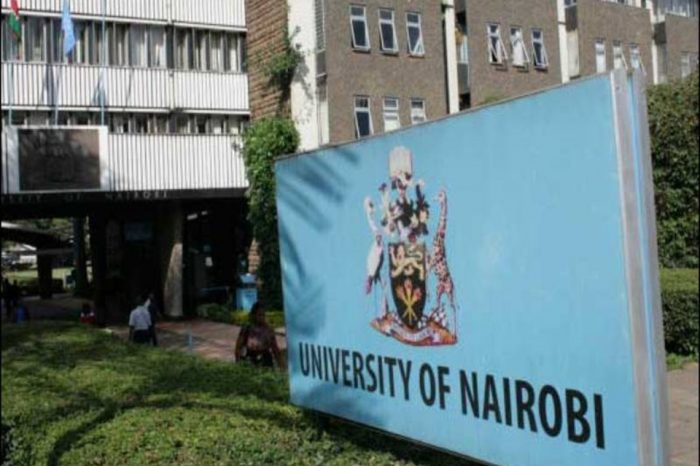 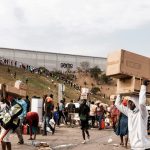