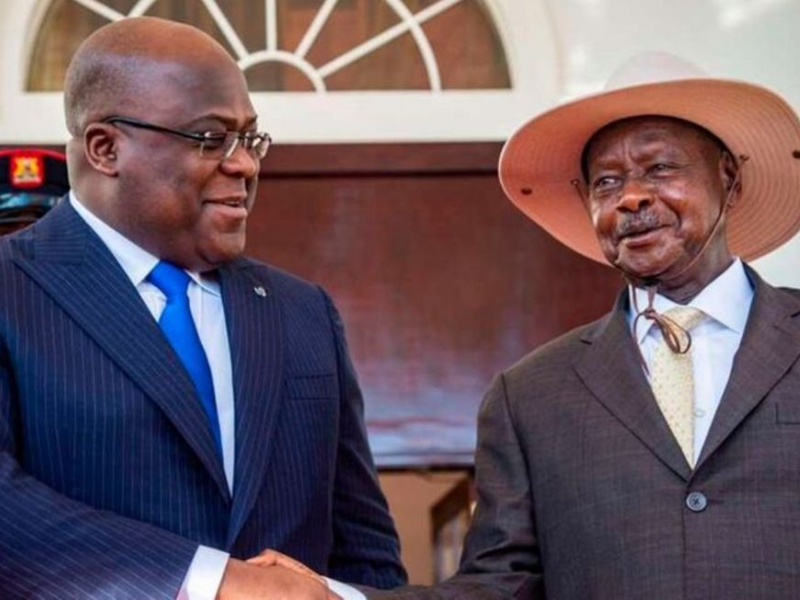 Ugandan and Democratic Republic of Congo military has declared an early victory over the Allied Democratic Forces (ADF) and announced a shift in tactics to crush the banned organization.

Ten days after the contentious joint operation, the Armed Forces of the Democratic Republic of the Congo (FARDC) and the Ugandan People’s Defence Forces (UPDF) claim to have destroyed four enemy camps inside the DRC and detained 34 ADF combatants. According to a statement published on Monday, 31 Congolese prisoners had been liberated, implying that the ADF was also using people as shields against aircraft and ground attacks.

Following the initial disagreement about whether crimes will be committed in North Kivu and Ituri provinces, the two sides said that the operation would now involve a massive campaign to seek civilian support.

“To gain the loyalty of the population and reverse the harmful propaganda instilled by the ADF and their allies, the FARDC and the UPDF have launched a vast awareness campaign and are carrying out civil-military actions, which are already bearing fruit,” the armies said, adding that this will be in addition to rehabilitating roads into major townships in eastern Congo.

In addition, the two armies have pledged to coordinate their strikes and even their communication, in contrast to the early days of the search for terrorists, when each army communicated on the same operations individually, and often contradictorily.

They have initiated combined public forums to explain the operation, demonstrating to the public the fatalities and devastation inflicted by the organization in both nations. The ADF, which began in Uganda, is being held responsible for two recent terrorist assaults in November that killed at least four people. In the Democratic Republic of the Congo, they are held responsible for killings, rapes, and other atrocities against civilians.

Defence ministers Vincent Bamulangaki (Uganda) and Gilbert Kabanda (DRC), accompanied by senior military officers from both countries and parliamentarians from the National Assembly’s Defence Committee, stated that they would coordinate operations and ensure that they did not violate national and international laws.

They have started repairing the Mbau-Kamango and Nobili, as well as the Kamango-Semuliki-Beni axis in North Kivu, eastern DRC. This technique, which arose as a result of the Ugandan army’s difficulties traversing the muddy roads of eastern DRC, is considered as one method to demonstrate to the people that a government is superior against rebel groups.

This approach is consistent with the one announced by President Félix Tshisekedi and Yoweri Museveni in June 2021. Six months ago, the two chiefs of state began building work on the Mpondwe/Kasindi-Beni, Beni-Butembo, and Bunangana-Rutshuru-Goma highways. The overall length of the roads that will be constructed was 223 kilometers.

Major General Camille Bombele Lohola of the Armed Forces of the Democratic Republic of the Congo (FARDC) has been selected as the mission commander to manage the combined military field operations.

He will be in charge of coordinating operations in the Ituri (Ituri Province) and Beni (North Kivu) areas. His job will be to guarantee that military operations continue regularly in the framework of force pooling and the pursuit of negative forces comprised of ADF MTM Islamists, CODECO militias, and other armed organizations operating in the Beni/Ruwenzori and Ituri districts.

“With this appointment, the FARDC General Staff has closed a critical strategic breach that prohibited the MTM from being tracked in a coordinated way between Beni and Ituri and let the enemy travel freely between the two provinces,” military analyst Nicaise Kibel Bel observes.

“From now on, the coordinator so chosen will have to consider the worldwide makeup of the ADF and CODECO Islamists, beyond the frontiers of Beni and Ituri (DRC), and even Bwera, Bundibudio, Pader, and Padha” (Uganda). “With the appointment of Major General Camille Bombele, the MTM Islamists are now put in a (closed) area that the two forces will govern like if it were a swimming pool,” Nicaise Kibel excitedly adds.

Major General Camille Bombele, a man with decades of experience, has led the 14th Military Region (Kinshasa) and served as the FARDC’s Second in Command of the Service of Civic and Patriotic Education and Social Actions.

However, there are still a few unsolved questions. There has been no indication of how long it will take or if the pledge that civilians would not be targeted will be maintained. There are concerns that the ADF may threaten or attack people who work with terrorists or armies.

“Some terrorist groups are also working in other neighboring countries,” the Congolese president warned in his state of the nation speech to parliament on Monday. This is particularly true of the ADF, which patrols the shared border between Uganda and the Democratic Republic of the Congo.

“As a result, in order to battle them more effectively, our two nations have decided to pool their forces in order to conduct joint operations against this shared adversary; our parliament has been notified.” I shall make certain that the Ugandan army’s presence in our country is absolutely confined to the period required for these activities.” 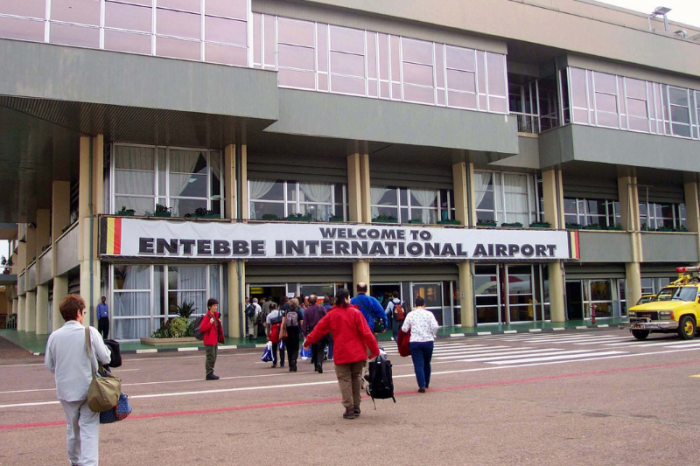 Passengers were evacuated from Entebbe due to a suspected fire breakout. 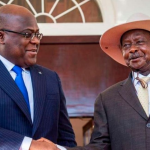