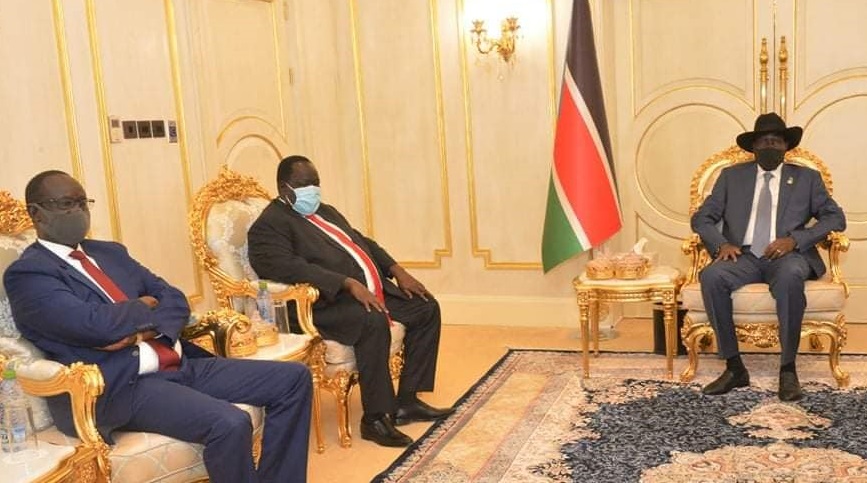 BREAKING NEWS: A coup plot has been brewing in Juba over several months. The plot began when the Director-General of the Internal Security Bureau of the National Security Service, Akol Koor Kuc was pushed to the wayside when Nhial Deng Nhial took over the Ministry of Presidential Affairs, giving Nhial unlimited access to the president, and limiting Akol’s unrestrained visits to J1, and for the first time, putting a muzzle on him.

But this new strategy of creating civility in the Presidency had unintended consequences for Nhial who was convinced that the best way to serve the president was the re-introduction of some sense and calm at J1 by organizing visits and ensuring that only important national agenda was tabled with the president. Akol Koor and his supporters capitalized on this strategy and accused Nhial of attempting to weaken the President by isolating him from his ‘right-hand man’.  Nhial was shown the door a few weeks ago, and to appease Akol for having ‘abandon’ him all those several months, the President promoted him to 1st. Lt General, maintaining his position at the NSS’s ISB while signaling to bring him closer to J1, giving him the same unrestrained access once more.  But Akol was not appeased and decided to carry on with the plan nevertheless.

The coup has been underground for a while now but came to public attention on Thursday, 29th April when Wol Atak, a former member of the National Assembly exposed the plot and blew the cover on his Facebook post. In a detailed post whose authenticity and accuracy has been independently verified, Wol began, ‘well-placed sources in the National Security in Juba have on different times whispered to me plots by some senior officers in the leadership of the National Security to take power in a coup on 16th May 2021. In pursuit of this plan, the coup plotters dispatched delegations of well-connected people to various countries in the region’.

This strategy would allow President Akol Koor Kuc (should the coup succeed) some semblance of governance and legitimacy. Wol continued, ‘the delegations would aim at persuading the regional leaders to stand by the coup planners should they oust President Salva Kiir Mayardit successfully; and would in turn persuade the AU to tone down (on their rejection of a military state). Sudan, one of the countries in the region consulted allegedly gave no objection note.  However, the said country is not completely congruent with this view. It is only certain quarters in neighbouring Sudan who promised to send mercenaries to back the coup leaders should they be needed. A secret delegation was sent to Uganda to meet certain officials of interest and has already reported back to their centre in Juba. A similar delegation will head to Addis Ababa, Ethiopia this weekend for the same purpose’

May 16 was the date the first bullet was fired in 1983 in Bor, resulting in the 22-years civil war whose ultimate output was the Republic of South Sudan. By ousting Kiir on May 16, Akol Koor would have done away with the legacy of the SPLM, embedded in the persons of John Garang and Salva Kiir as well as others who contributed to the armed struggle. Akol would have also started a new definition of May 16.

The First Family, should the coup succeed

If this coup succeeds, Akol Koor would have played his cards extremely well, optimizing on the zero-sum game mindset of President Salva Kiir.  This mindset has allowed Kiir to push away and reject men and women of sound leadership abilities in the belief that their ‘win’ for example, being popular with the general population would be a ‘loss’ for him and create a problem for his presidency. Therefore, to counter possible competition from capable people, he empowered Akol Koor not knowing that by destroying national discourse, he was creating an entirely different problem of a magnitude he has hardly even begun to imagine.

Akol Koor’s Presidency would begin with a wave of bloodshed at J1, killing everyone sympathetic to Kiir even in the slightest way. He will proceed to demand that all public sector organizations be shut for restructuring, led by the military. This will be done through curfews and indiscriminate arrests that would allow him to consolidate power and appoint those sympathetic to his cause.

It is not difficult to imagine what an Akol Koor presidency will look like considering the fact that he has already demonstrated what he intends to do, namely creating carnage in the name of ‘protecting’ Kiir. There will be bloodshed on day one of his presidency, possibly with the assassination of Kiir and his family, followed by rampant killings of those opposing him, something Akol has never been afraid of from the time he stepped into the corridors of power. 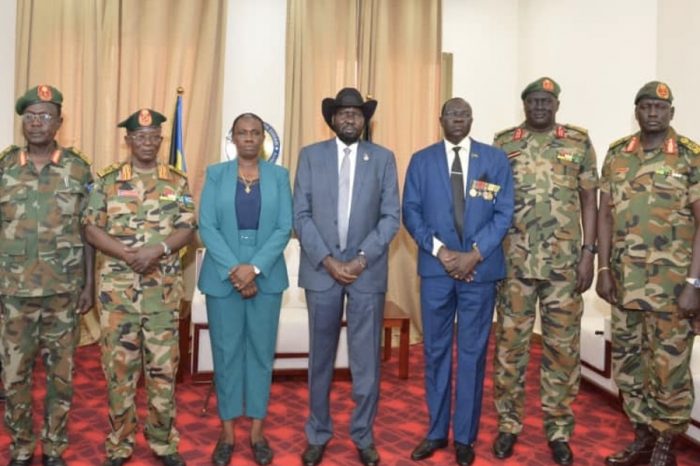 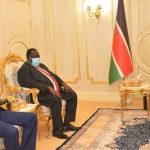