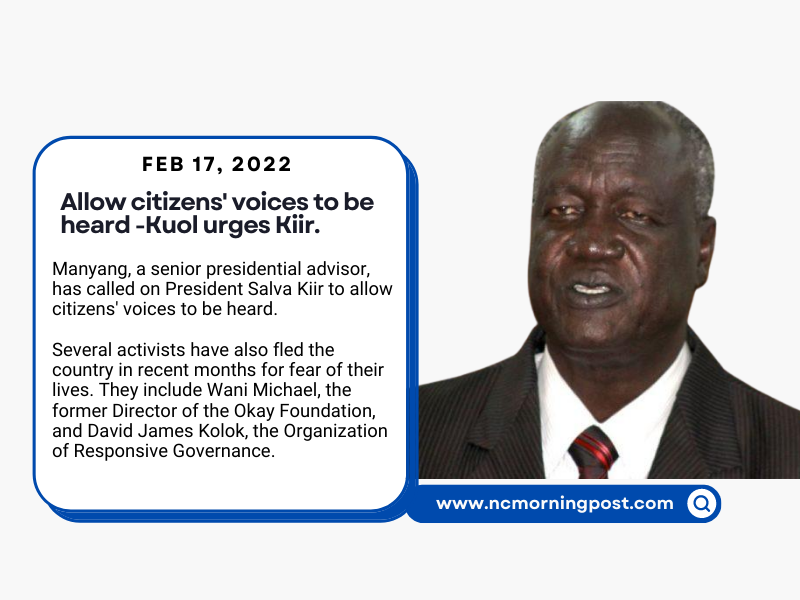 Manyang, a senior presidential advisor, has called on President Salva Kiir to allow citizens’ voices to be heard.

Likewise, Kuol, who is a senior member of the SPLM, believes it’s time for citizens to express their political views without fear of arrest or intimidation.

In an interview with Radio Journalist, Mach Samuel this week, he made the remarks. In the interview, General Kuol urged President Salva Kiir to allow freedom of expression in the country.

Chiefs are frequently insulted in our culture. That is a democracy, and President Salva should not… ” If there are people talking about this, he [the President] should face them, not me. I am innocent. ”

It follows the continued detention of former Northern Bahr El Ghazal governor Kuel Aguer and self-proclaimed prophet Abraham Chol. Kuel Aguer was arrested after he signed the People’s Collation on Civil Action, which called for a nationwide protest and the resignation of the unity government.

Several activists have also fled the country in recent months for fear of their lives. They include Wani Michael, the former Director of the Okay Foundation, and David James Kolok, the Organization of Responsive Governance. 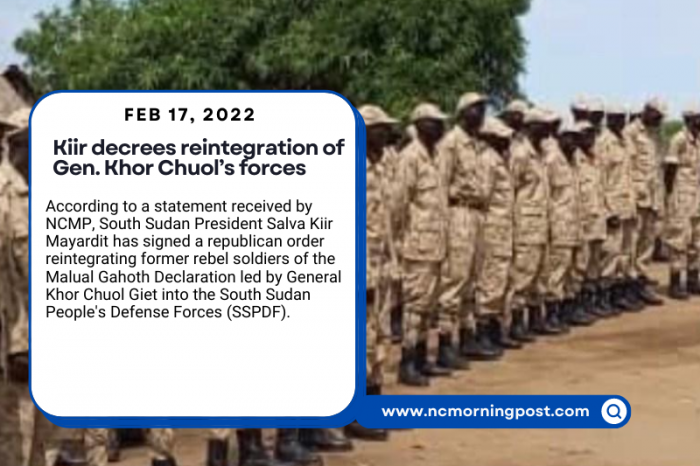 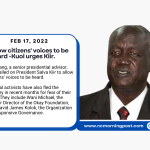