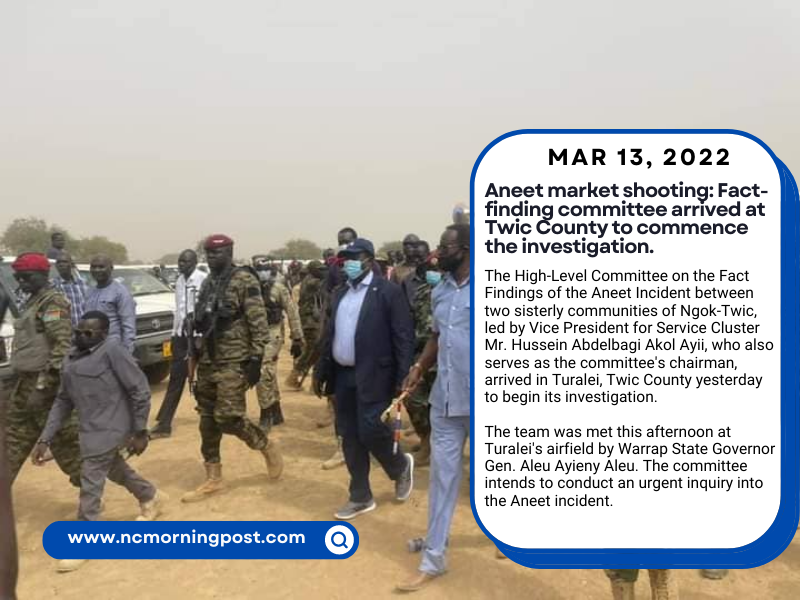 The High-Level Committee on the Fact Findings of the Aneet Incident between two sisterly communities of Ngok-Twic, led by Vice President for Service Cluster Mr. Hussein Abdelbagi Akol Ayii, who also serves as the committee’s chairman, arrived in Turalei, Twic County yesterday to begin its investigation.

The team was met this afternoon at Turalei’s airfield by Warrap State Governor Gen. Aleu Ayieny Aleu. The committee intends to conduct an urgent inquiry into the Aneet incident.

Prior to embarking on this investigative journey, the team met with Twic and Ngok leaders on Tuesday to discuss the complementarity of the communities and the mutual roles that the Committee of Inquiry will play to ensure that the significant progress made is sustained and strengthened in order to restore peace and tranquility between Twic and Ngok as communities of shared historical significance.

According to a report seen by NCMP on the committee’s chairman’s official page, the committee recognizes the important role native administration leaders are playing in dealing with complex situations in order to help rebuild trust at the community level and re-establish a culture of social cohesion.

In addition, the committee proposed that a complete examination and consultation with technical personnel on both sides of the conflict be conducted in order to establish facts and understandings in order to improve inquiry on the ground. The committee has now relocated to the disputed property (Anet) to assume its true duties.

A nurse working with Médecins Sans Frontières was slain, and the conflict has displaced over 50,000 people. As a consequence of the incident, UNMISS and MSF released a joint statement denouncing it.

MSF and Save the Children have ceased activities in the region after some of its employees were relocated as a result of the recent unrest.

The 11-member committee was formed to examine the fatal Aneet Market event. Their mission will be to find out what caused the tragic inter-communal violence that erupted on February 10.

The committee is also entrusted with devising methods to prevent such incidents from occurring in the future. The committee may co-opt any member if it deems it essential.

According to the directive, the committee must provide its findings and recommendations to President Kiir within 21 working days. 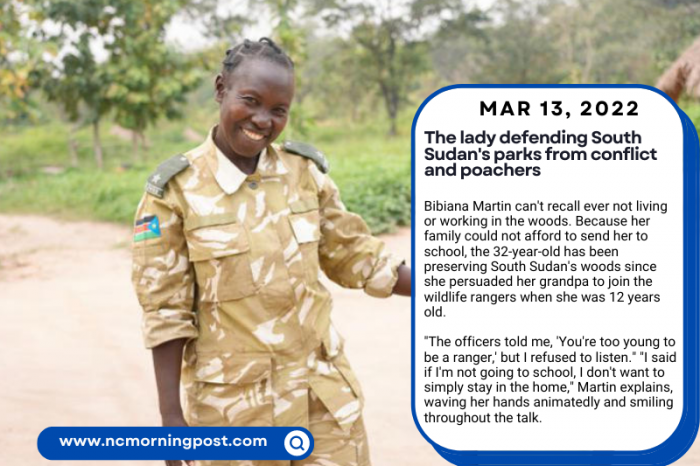 The lady defending South Sudan's parks from conflict and poachers 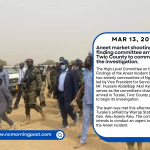