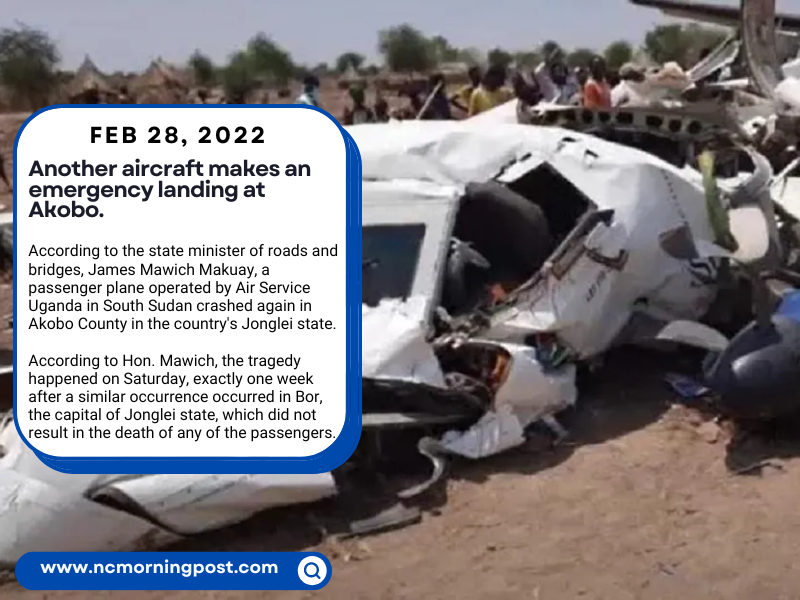 According to the state minister of roads and bridges, James Mawich Makuay, a passenger plane operated by Air Service Uganda in South Sudan crashed again in Akobo County in the country’s Jonglei state.

According to Hon. Mawich, the tragedy happened on Saturday, exactly one week after a similar occurrence occurred in Bor, the capital of Jonglei state, which did not result in the death of any of the passengers.

“There was a jet heading to Akobo yesterday.” “The jet crashed landed after missing the runway, but thank God, none of the passengers were hurt or killed,” a senior government source explained in a Sudans Post report seen by NCMP.

He said that the aircraft was carrying fourteen (14) individuals, twelve (12) passengers, and two (2) crewmembers at the time of the event.

According to the senior government official, a government investigation team has been assigned to Akobo to examine the occurrence, and the rising frequency of such incidents is a source of worry for the Jonglei state administration.

“This is a major issue for the Jonglei state administration, and we have sent a team of specialists to visit the Akobo airstrip and meet with officials there to discuss measures to enhance airport conditions and prevent such events in the future,” the source continued.

This is the third incidence of its type in South Sudan this month. An Antonov aircraft carrying test papers crashed-landed in Abyei Administrative Area earlier this month, killing none of the persons on board.

Last week, a passenger jet owned by the Ugandan business similarly missed the runway at Bor airfield, although no one on board was harmed. 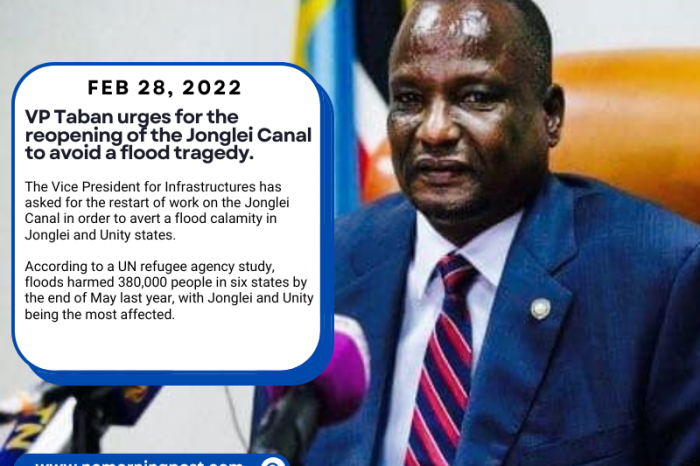 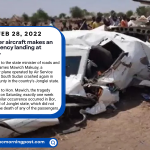