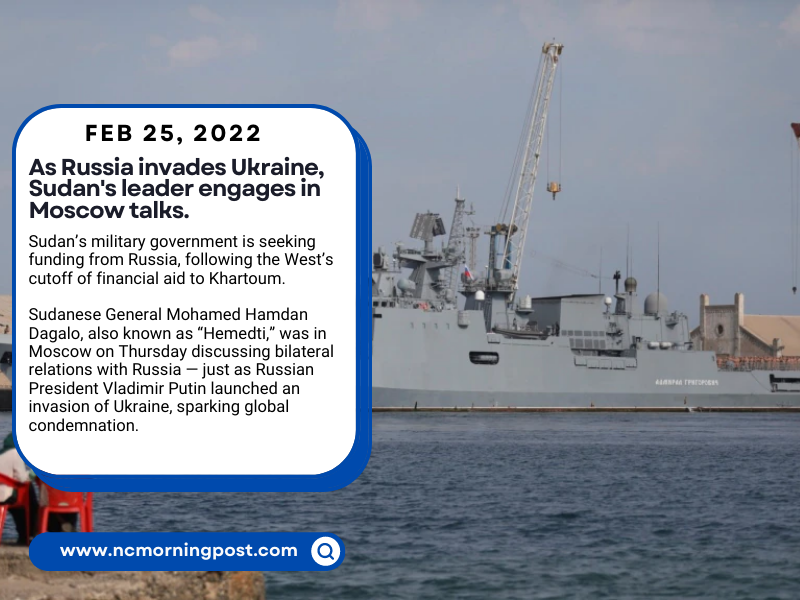 Economic analyst Samah Salman, with the U.S.-Educated Sudanese Association, says Hemedti’s Moscow visit must be viewed in the context of Sudan’s economic crisis, which got worse when the U.S. and other Western countries halted financial aid and reversed an earlier decision to cancel much of Sudan’s debt.

Since then, Sudan’s local currency has steadily deteriorated against the U.S. dollar, while the country’s inflation rate remains one of the highest in the world.

Sudan’s top military rulers — including General Himedti and General Abdel Fattah al-Burhan — are looking to Russia for support in case the U.S. follows through on threatened sanctions against them, said Salman.

“I believe General Himedti and General Burhan, they know that the possibility of targeted sanctions from the U.S. looms over their heads after they carried out the October 25 coup, and Himedti will be looking to an alliance with Russia for continued military and financial assistance,” Salman told VOA.

It’s no surprise that Sudan is turning to Russia for help, said Cameron Hudson, a senior fellow at the Atlantic Council’s Africa Center.

“There’s certainly an economic motivation here, although Russia is not a donor country, it’s not an economic powerhouse. So I think with the trip to Russia, it’s even more of a signal of a strategic shift and trying to play on U.S. or Western fears that Sudan, as much as it has been trying to pivot into maybe a Western or U.S. orientation, it might now in fact, be pivoting back,” Hudson told VOA’s South Sudan in Focus.

“Russia grows its presence in Africa through a deeper partnership and relationship with Sudan, and if you just look at the map, they tried to gain a foothold in Libya through their support to [Khalifa] Haftar. They have clearly taken root in Central African Republic. “They’re now in Mali, and they’re executing a strategy to rebuild their influence across Africa and a relationship with Sudan, and having a seaport on the Red Sea gives them a huge strategic advantage,” Hudson explained.

Russia signed an agreement with former Sudanese President Omar al-Bashir to build a Red Sea naval base. After the military ousted Bashir and a civilian-led transitional government was put in place, the deal was put on hold. Following the coup, military rulers indicated the project may be resurrected.

Russian influence in Africa can already be seen through the Wagner Group, a private military company with Russian ties that operates in parts of Africa, according to Salman.

“Even though the Wagner Group is reported be a private security company, many reports show that it’s actually a state actor or state-linked actor, and it is one of the primary actors the Russian government is using to intensify its competition with the U.S. in Africa,” said Salman.

The Russian government has denied any links to the Wagner Group. However, Salman says Russia uses Wagner to supply countries like Sudan, the Central African Republic, Mozambique, Libya, Mali and Madagascar with “military assets, weapons and funds.”

“It came at a time that allowed their visions [Sudan and Russia] and interests to coalesce. Sudan has waited a long time for the West to deliver. The West has made promises to Sudan, and conferences were held in Berlin and Paris to support Sudan, but Sudan could not wait until it was too late when all its economic indicators deteriorated further in light of the West’s withholding assistance to the country, “al-Nair explained.

The Atlantic Council’s Hudson disputes the allegation that the U.S. was slow in supporting Sudan, saying the military coup was proof that U.S. engagement in Sudan was working.

It was working so well, in fact, that the military felt threatened by the advances and the demand for civilian governance, and that’s why they took over. I talked to people in the [U.S.] Treasury Department, and they told me that Sudan was in the process of getting debt relief faster than any other country in history,” Hudson explained.

Al-Nair said he believes Sudan “will be turning to China in the next phase.” 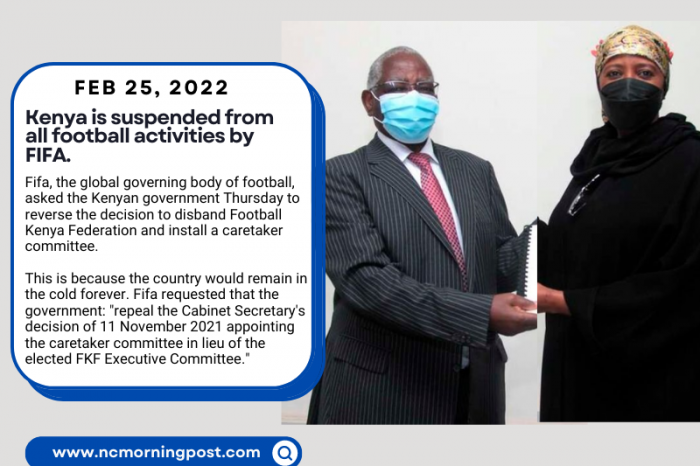 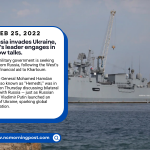