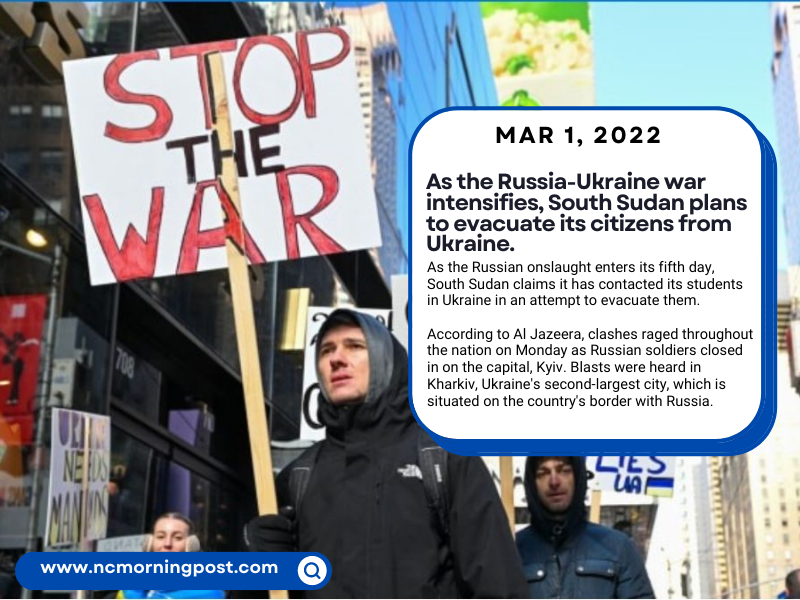 As the Russian onslaught enters its fifth day, South Sudan claims it has contacted its students in Ukraine in an attempt to evacuate them.

According to Al Jazeera, clashes raged throughout the nation on Monday as Russian soldiers closed in on the capital, Kyiv. Blasts were heard in Kharkiv, Ukraine’s second-largest city, which is situated on the country’s border with Russia.

South Sudanese students have been trapped in Ukraine, along with other international people.

South Sudan’s deputy foreign affairs minister, Ambassador Deng Dau Deng, explained to the media on Monday that the government is in touch with South Sudanese students in Ukraine in order to transfer them to adjacent countries.

“The South Sudanese students are presently near the Ukrainian-Polish border, and we are in communication with our embassies in Russia, Germany, and Poland in order to evacuate them,” he added.

According to the ministry, it favours a peaceful resolution to the Ukraine-Russia situation.

According to the United Nations High Commissioner for Refugees (UNHCR), more than 500,000 people have fled Ukraine into Poland and other neighboring countries in the aftermath of Russia’s invasion. According to the most recent and continuously expanding figures, 281,000 persons entered Poland, more than 84,500 in Hungary, over 36,400 in Moldova, more than 32,500 in Romania, and about 30,000 in Slovakia.

According to Ukraine’s health ministry, about 352 people, including 14 children, have been killed since Russia’s incursion began on February 14. It further said that 1,684 individuals were injured, including 116 children. 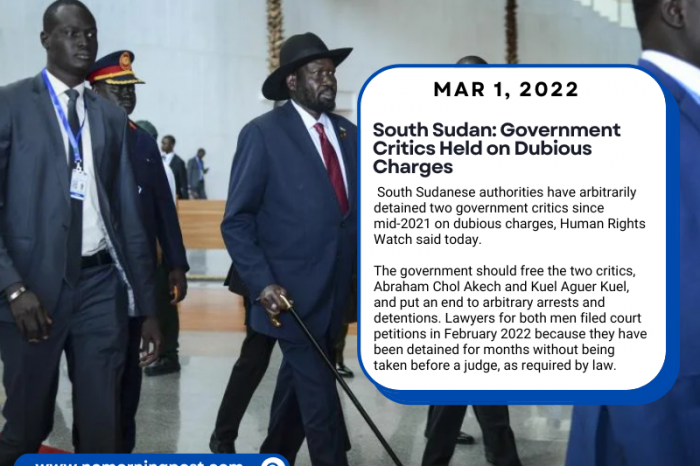 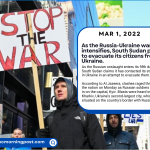