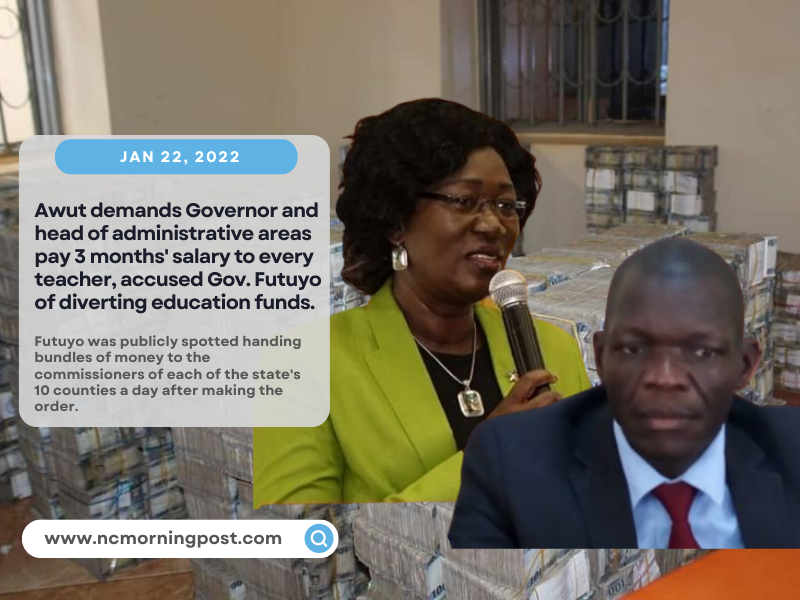 The National Minister of General Education and Instruction urged the Central Equatoria administration to pay teachers their full salary as soon as possible.

Teachers in Central Equatoria State are now on strike, asking that their entire compensation be paid in accordance with the unified new remuneration established in July of last year.

She believes that teachers, like other government workers, need to be compensated fairly.

According to the decree, a teacher would be paid 10,000 SSP each month.

Futuyo was publicly spotted handing bundles of money to the commissioners of each of the state’s 10 counties a day after making the order.

According to reports, each commissioner received ten million SSP.

However, Grace Apollo Musa, the Western Equatoria State Minister of Education, alleged Futuyo disregarded her ministry in the process.

“I’m not even aware of it.” I simply saw the money and how he was sharing it on social media. “I was not with him at the meeting because he did not involve me; I opted not to be a part of it since I was not a part of the distribution as well,” Grace revealed.

The funds were supposedly allocated by the Juba administration for teacher welfare throughout the ten states and three administrative districts.

The National Ministry of General Education, on the other hand, has not made public how much money was sent to the states.

Unconfirmed sources, however, indicate that the state got more than 200 million South Sudanese pounds to pay teachers’ wages for the months of July, August, and September.

A portion of the funds will be used to support the operating expenditures of the state’s elementary and secondary schools.

“That money was supplied by the National Ministry of General Education and Instruction to pay primary and secondary teachers’ salaries for the months of July, August, and September, as well as to cover primary and secondary school operating costs.” “As the Governor said, this was not a contribution to counties,” Acuil said during a news conference in Juba on Friday.

Kennedy Ganiko, the Deputy Governor of Western Equatoria State, has distanced himself from the matter.

“We haven’t sat since October, November, December, and now January.” “I told him this is a new year, let us sit down and come up with plans and tactics, and he would accept and say sure, let us sit down,” Mr. Ganniko alleges.

“The governor has attempted to convene an extraordinary council of ministers to address certain vital state concerns, but the ministers have failed to appear.” 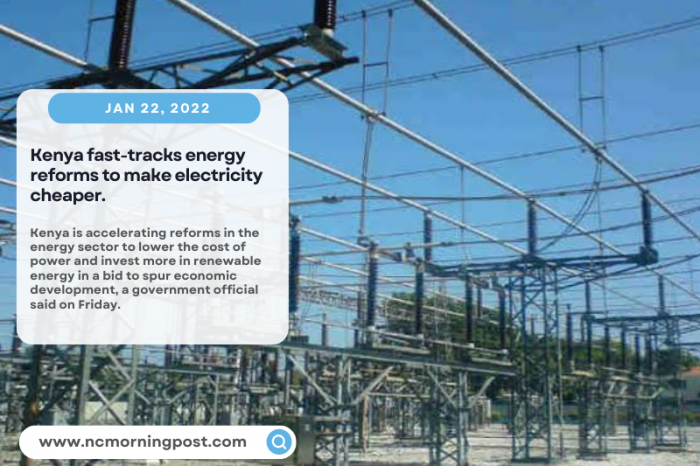 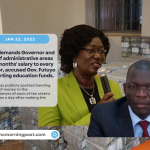