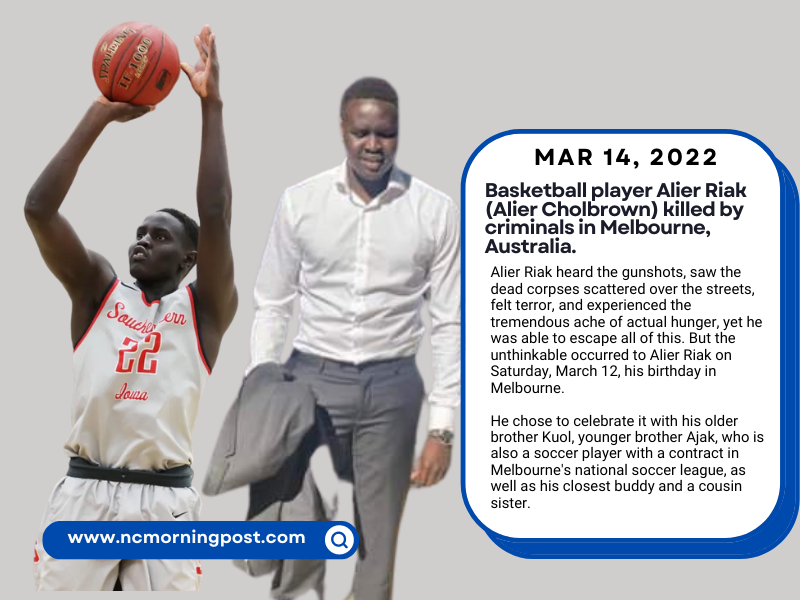 Alier Riak heard the gunshots, saw the dead corpses scattered over the streets, felt terror, and experienced the tremendous ache of actual hunger, yet he was able to escape all of this. But the unthinkable occurred to Alier Riak on Saturday, March 12, his birthday in Melbourne.

He chose to celebrate it with his older brother Kuol, younger brother Ajak, who is also a soccer player with a contract in Melbourne’s national soccer league, as well as his closest buddy and a cousin sister.

On the same day, Saturday 12 March, his older brother flew from Perth to Melbourne to celebrate Alier’s birthday before departing for Darwin on Tuesday 15 March.

Alier, his two brothers, a friend, and a cousin planned to celebrate a memorable day Saturday night, a terrible birthday night.

According to information gathered by NCMP, Alier was attacked by a group of 20 or more attackers on Bourke Street in Dockland’s CBD. He was repeatedly stabbed and his elder brother Kuol was also stabbed in the upper shoulder area.

They were rushed to a hospital, but Alier could not be rescued due to severe bleeding. Kuol had three stubbed wounds on his back.

Riak, a 6-foot-9 sophomore forward for the Southeastern Community College men’s basketball team, also played at Winona State University-NCAA college basketball during his university education at Winona State University. He was a kid when his family was forced to evacuate South Sudan due to the violence in 2005. His family fled the slaughter and horrors perpetrated on their relatives and neighbors, only to find themselves in a filthy, overcrowded refugee camp in Kenya, where the stench of human waste was intolerable.

Riak’s family was among the lucky few who were able to flee what had become a living nightmare by relocating to Western Australia.

Alier signed his first NBL deal with Darwin Basketball Association (DBA) recently, with his first game season beginning in April. Why would a brother be assassinated on his birthday? The community must assist the police in locating the perpetrators. 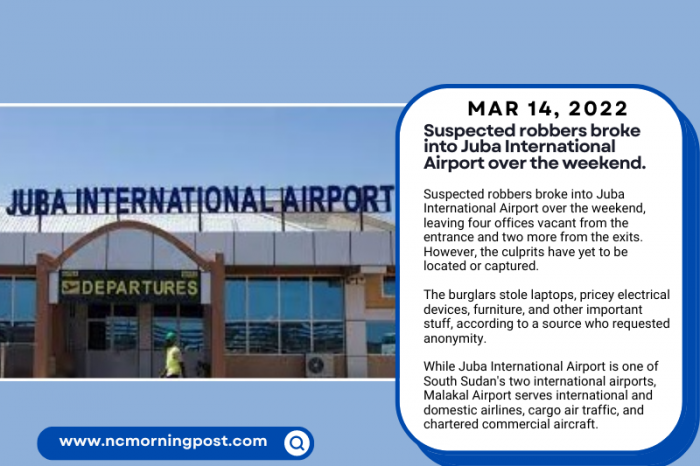 Suspected robbers broke into Juba International Airport over the weekend. 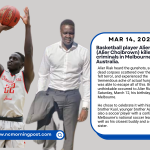