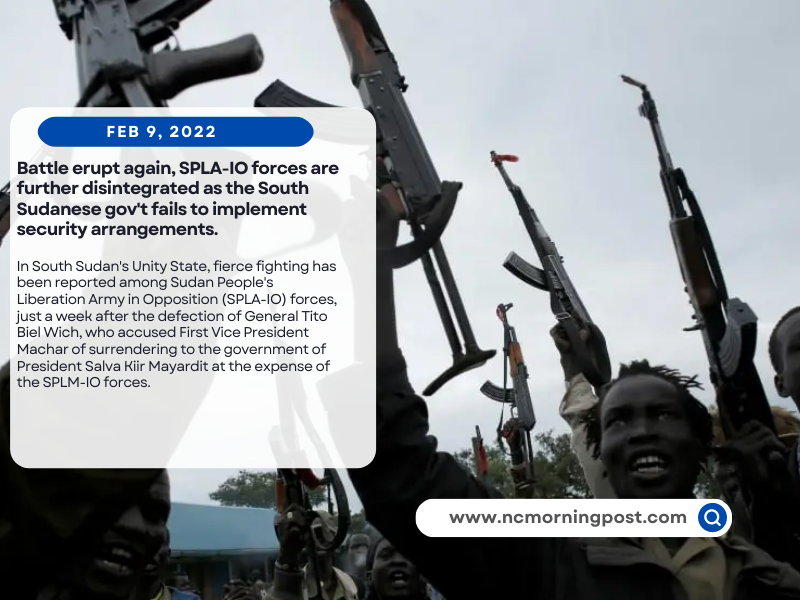 In South Sudan’s Unity State, fierce fighting has been reported among Sudan People’s Liberation Army in Opposition (SPLA-IO) forces, just a week after the defection of General Tito Biel Wich, who accused First Vise President Machar of surrendering to the government of President Salva Kiir Mayardit at the expense of the SPLM-IO forces.

Affirming that Machar is running the major armed opposition group as a family business with his wife, Biel said he would ensure that the security arrangements clause of the revitalized peace deal agreed by the SPLA-IO and Kiir in 2018 is fully executed.

According to the same publication, a top South Sudan opposition commander in Bentiu explained that violence occurred among SPLA-IO troops in an area in Koch County, Unity State after some soldiers went to assault a villager and then resisted arrest by the higher SPLA-IO leadership in the region.

When it began, some troops attacked locals, and when the commander tried to arrest them, they refused, backed by a number of armed youths, and this is how the conflict began, a Bentiu officer said.

The senior opposition officer, who did not wish to be identified, appealed to the locals to cooperate with the authorities in Koch so that the criminals who are deserting cantonment sites can be brought to justice, which would prevent similar situations in the future.

“Some troops have abandoned the cantonment site owing to flooding and a lack of critical supplies like food and medicine, and this is going to generate insecurity among the civil population in the region, which is why the civic community has to work with the authorities,” he added. 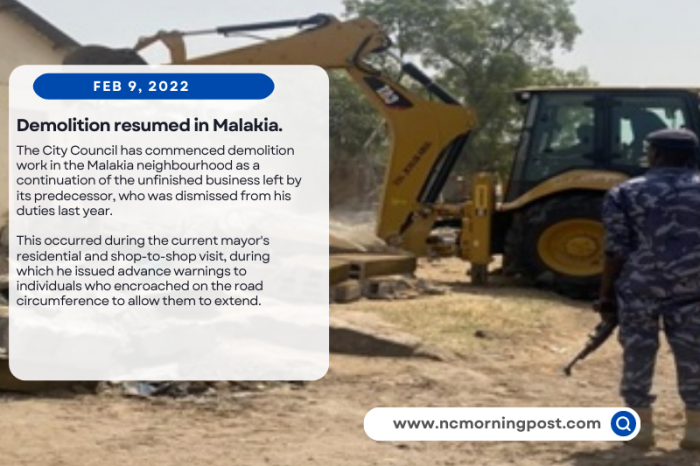 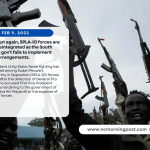