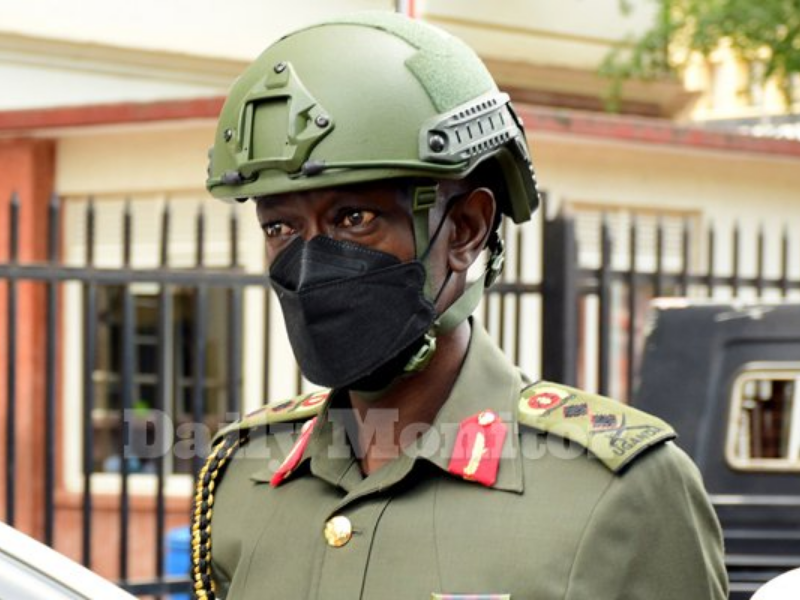 Yesterday, the Ministry of Defense pre-empted an anticipated US punishment announcement targeting, among others, Uganda’s military spymaster.

According to diplomatic sources, papers by the US Mission in Kampala accused Maj Gen Abel Kandiho, chief of the Chieftaincy of Military Intelligence (CMI), of supervising outrageous abuses of the rights of political opponents of President Museveni’s regime.

According to sources, Washington DC chose the two-star general in accordance with previous US statements that it would sanction individuals who undermined Uganda’s democracy in the run-up to and after the January elections.

Dozens of followers, most of National Unity Platform (NUP) party leader Robert Kyagulanyi, alias Bobi Wine, were kidnapped by armed state agents and transported away in vans dubbed Drones for their speed to unknown destinations, where they resurfaced silently or in court with torture wounds.

As we went to press, the Treasury Department issued a press release confirming a blockade on the assets of 15 political and military actors in Syria, Yemen, and Uganda, just hours after Uganda’s Defense Ministry issued a statement condemning the planned sanctions.

According to the statement, Maj Gen Kandiho and other CMI officers under his command targeted persons for arrest and torture based on their nationality, political affiliation, and criticism of the government, and that he personally oversaw torture of several of the accused.

“Individuals were taken into custody and held at CMI detention facilities, often without legal proceedings, where they were subjected to horrific beatings and other egregious acts by CMI officials, including sexual abuse and electrocutions, often resulting in significant long-term injury and even death.”

“Victims were kept in solitary confinement and were unable to contact friends, family, or legal support during these incarcerations,” the Treasury statement reads in part.
Maj Gen Kandiho, in a swift response to this newspaper’s inquiries, dismissed the financial sanction against him as politically motivated and insignificant, and warned that unilateral punishments imposed by the US risk alienating its allies.

“I am unconcerned with the so-called sanctions. I have no dealings with the United States. I’m focusing on my work. The risks we face in the area need more focus. “I will not allow myself to be sidetracked,” he said.

“It [the punishment] is political, and I’m not a politician,” the general continued. They need merely be cautious not to alienate friends or make unnecessary enemies. I’m now too preoccupied with more vital operations.”

According to the general, a veteran of the Bush War, which brought President Museveni to power in 1986, Washington is becoming “more and more irrelevant and with no consequence” via its interferences.

The sanctions announcement was timed to coincide with this week’s democracy meeting, which was sponsored by President Joe Biden but to which Uganda was not invited.

“As part of a whole-of-government commitment to democracy, Treasury (Department) is taking a variety of steps to promote accountability for individuals who undermine faith in democratic institutions,” authorities said in a statement announcing the penalties.

As a combined security force subdued the November 2020 rioters triggered by the arrest of Bobi Wine, then a presidential candidate, in the eastern Luuka District, Western governments, particularly the United States, increased pressure on Ugandan authorities by demanding justice and prosecution of suspected killers of 54 civilians.

A year after President Museveni urged an investigation into the “phenomenon of stray gunshots” and responsibility for lives lost, no one has been arrested or prosecuted in connection with the killings.

Bobi Wine remarked in a tweet yesterday that “the CMI, led by Maj Gen Kandiho, has presided over the most heinous human rights atrocities.” With impunity, they have kidnapped, tortured, and killed Ugandans. The financial fines [against Kandiho] are much appreciated…”

Many government supporters, however, turned to social media to denounce the US sanctions, claiming that they are meant to bring about regime change in Uganda.

Human rights lawyer Isaac Ssemakadde, who has represented numerous persons held by CMI, told this newspaper by phone yesterday that he opposes the punishments imposed on Maj Gen Kandiho since he (Kandiho) is not the only person involved in the chain of rights violations.

“They (sanctions) arrive too late.” He is not exclusively to blame. “There is a chain of guilt that runs above and below him that is obscured by these punishments,” he said.

Mr. Ssemakadde has stated his desire for a formal commission of inquiry to probe State agents engaged in extrajudicial killings and human rights breaches.

Executive Order 13818 was used to impose sanctions on 15 prominent political and security personnel in Syria, Iran, and Uganda.

On December 20, 2017, then-President Donald Trump issued an Executive Order targeting any foreign person determined by the US Secretary of the Treasury, in consultation with the Secretary of State and the Attorney General, to “be responsible for or complicit in, or to have directly or indirectly engaged in, serious human rights abuse.”

As a result, the assets of a sanctioned individual who is within America’s jurisdiction or passing through it are instantly blocked.

There are no additional Ugandan officials on the sanction list.

Maj Gen Kandiho came to public attention for commanding operations that Uganda said prevented and demolished Rwandan infiltration and espionage, while Kigali accused him of supervising unlawful CMI abductions of Rwandan people who would be kept incommunicado for lengthy periods of time or tortured.

He denied any misconduct and said that his official activities were aimed at securing Uganda.

In recent months, his military unit, along with other State security and intelligence agencies, has led the arrest and incarceration of suspected rebels and members of the Allied Democratic Forces (ADF), a US-designated terror group that Uganda is fighting to remove from eastern Democratic Republic of Congo.

In a move that looked meant to pre-empt Washington, the Defence Ministry published a statement yesterday condemning America’s unilateral designation of Maj Gen Kandiho for sanctions without giving an ounce of proof.

“As a country, and the UPDF in particular, a reputable government institution, we are disappointed that such a decision could be made by a country (US) that we consider friendly, a partner, and a great ally, without due process and in total disregard of the principle of fair hearing coupled with failure to make the necessary consultations,” UPDF spokesperson Brig Flavia Byekwaso said.

The US Department of State classifies Uganda as a “important friend,” and Washington sends Uganda roughly $1 billion (about Shs3.5 trillion) per year, with health and security being the largest budget takers.

Uganda and the United States are strong allies in the battle against terrorism in the Great Lakes Region and the Horn of Africa. The UPDF, for example, supplies the biggest soldier force for the African UN Peace-Keeping Mission in Somalia (Amison), which the US supports via intelligence, equipment supply, and training.

Maj Gen Kandiho is the second-highest Ugandan military commander sanctioned by the US in recent years, after the former Inspector General of Police, Gen Kale Kayihura, who was sanctioned in September 2019. While serving as police chief, Gen Kayihura was accused of human rights violations, corruption, and bribery.

The latest consequence relating to the aftermath of the January election is predictable.

The European Union Parliament proposed penalties against Ugandan persons and organizations on February 11, claiming they were guilty for human rights abuses during the recent general elections, which it said were neither democratic and transparent. 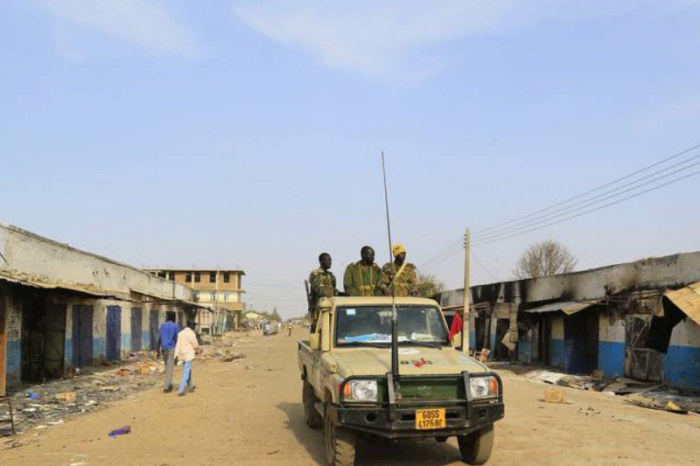 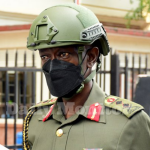