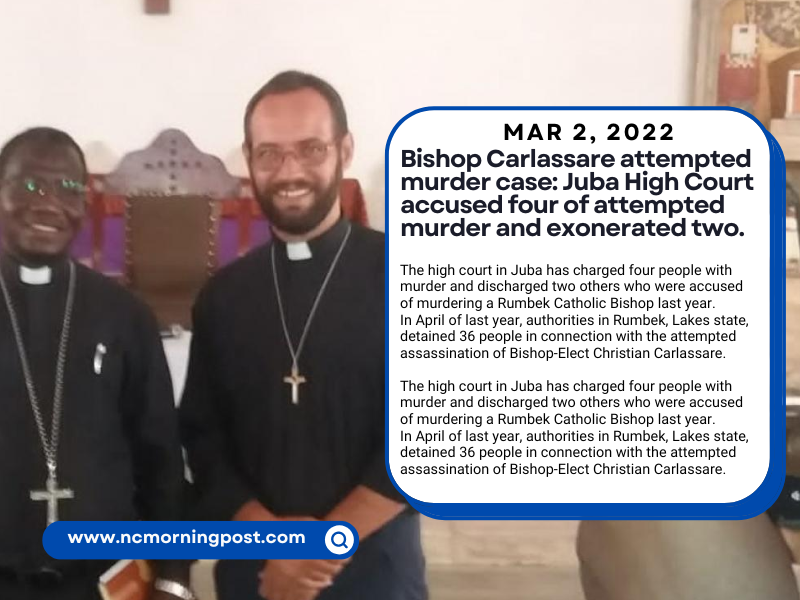 The high court in Juba has charged four people with murder and discharged two others who were accused of murdering a Rumbek Catholic Bishop last year.

In April of last year, authorities in Rumbek, Lakes state, detained 36 people in connection with the attempted assassination of Bishop-Elect Christian Carlassare.

However, after preliminary investigations, several of them were freed.

Six suspects were cross-examined by the supreme court last month. The top court indicted four of them at a hearing on Wednesday.

“The court found that the evidence presented is sufficient to file charges against the first (Priest John Mathiang), second (Moses Sabit Ater), fifth (Laat Makur), and sixth (Samuel Maker) accused under the indictment articles 48, 55, and 59 of the South Sudan penal act 2008,” according to the court. The accusations were read by Judge Alexander Saboni Sobic.

Gabriel Dut Chol and Ngong Chol were acquitted because there was insufficient evidence against them.

“Because the third [Gabriel Dut Chol] and fourth defendants [Ngong Chol] were not proven to be involved in the beating and intimidation of the bishop, the court decided to release them immediately in accordance with the text of Article 226 of the Code of Criminal Procedure for the year 2008 unless they are wanted in other procedures. 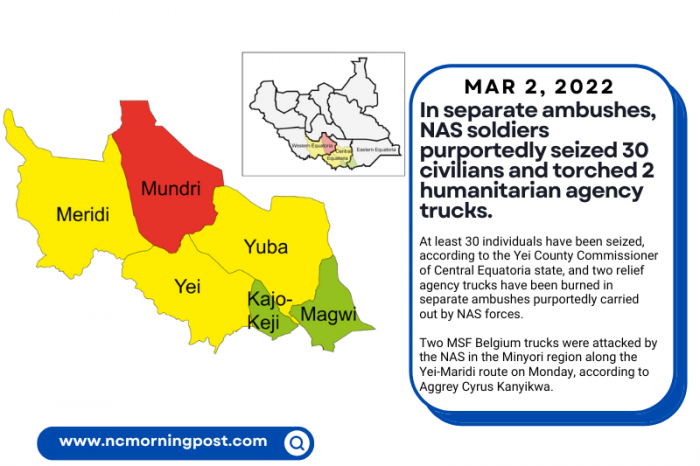 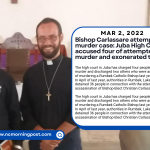