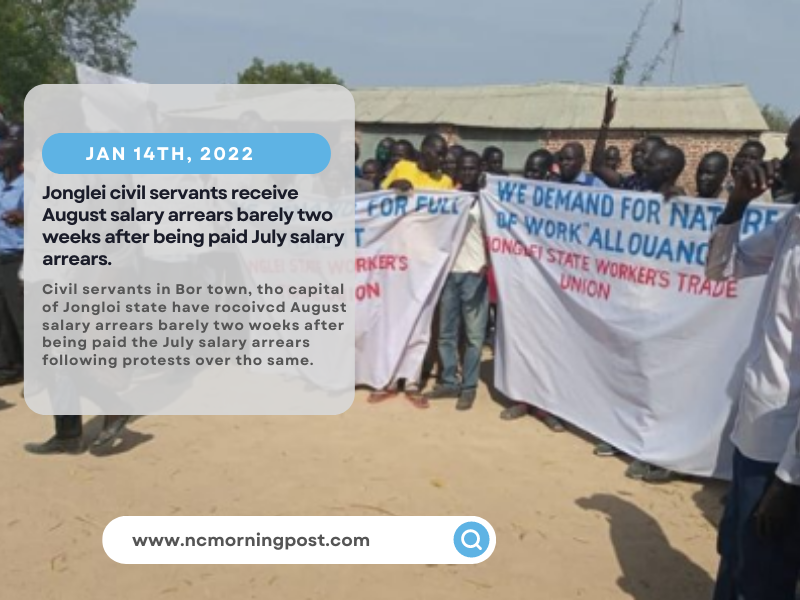 Civil servants in Bor town, the capital of Jonglei state, have received August wage arrears barely two weeks after being paid the July salary arrears following demonstrations over the same.

Speaking in a Radio Tamazuj article, Abraham Mading Amer, the interim leader of the Jonglei Workers’ Union, said they began getting the wage with full rights last week.

“The payment has been continuous throughout the previous five days.” Thank God our salary continues to arrive with the 100 percent raise and the allowances, “he stated.

Deng Kuol, a teacher in Bor, said he got his August pay and asked the administration to settle all the outstanding wage arrears.

“We are in a new year yet we are still four months back. We have not been paid since September. So, we truly want all our arrears cleared,” he added.

For his part, Tuong Majok, the state cabinet minister and acting governor, said government workers would be paid September wage arrears next week.

“We are done with the payment of salary for August. Our public employees are thrilled because their demand has been satisfied and as a government, we are glad for their collaboration. By next week, we will start sending out wages for September,” he stated.

Last December, public officials in the Jonglei state capital, Bor, refused their July pay arrears for weeks as they asked that the state government include allowances in the reviewed compensation. 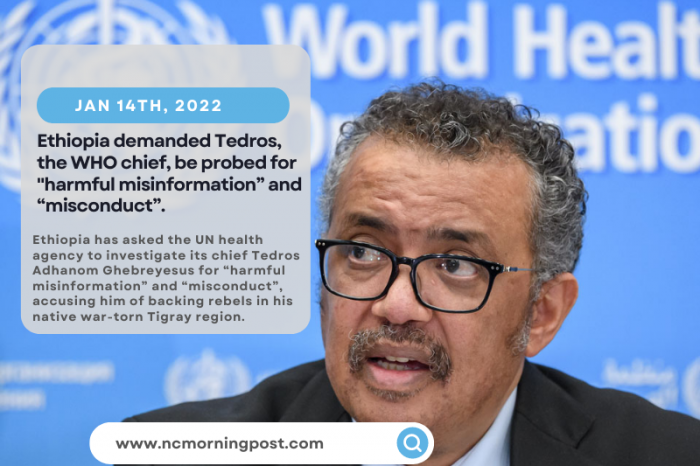 Ethiopia demanded Tedros, the WHO chief, be probed for "harmful misinformation” and “misconduct”. 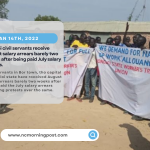