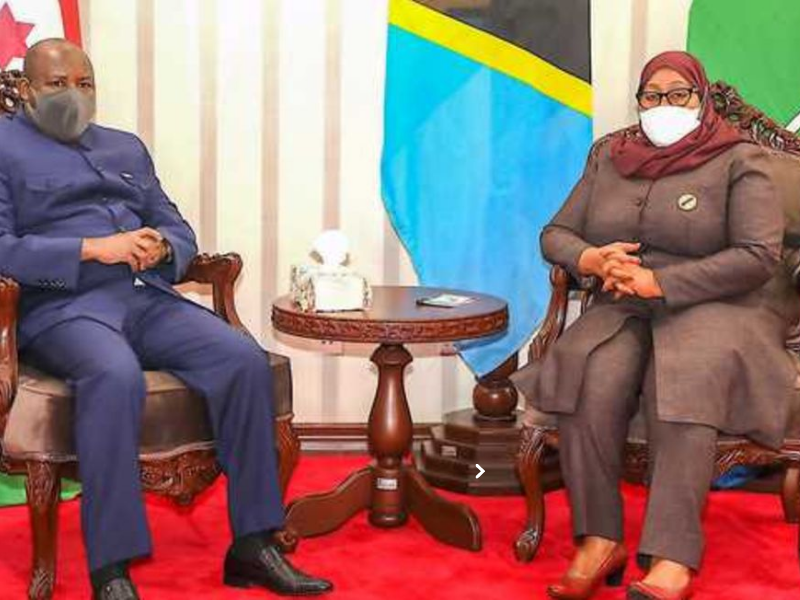 “We wish to appreciate Tanzania for its efforts to improve EAC ties and for its cooperation in having our sanctions removed,” President Ndayishimiye remarked during his visit to Tanzania.

“We would also want to congratulate Kenyan President Uhuru Kenyatta, Ugandan President Yoweri Museveni, and the EAC for their contributions to the lifting of economic sanctions.”

“Burundi, which is now sanctioned by the European Union for its human and political rights record, is seeking its East African neighbours to assist it in realising its economic growth potential.”

This came just three months after Tanzanian President Samia Suluhu conducted an official visit to Burundi, which resulted in various new infrastructure projects, including road development, and a renewed emphasis on the mining industry.

During the visit last week, the two nations inked multi-billion dollar infrastructure projects, including the building of a standard gauge railway that would link three countries up to the Democratic Republic of the Congo, but whose finance is still being negotiated.

After a political crisis sparked by former President Pierre Nkurunziza’s intention to run for a controversial third term, the EU imposed sanctions on certain Burundian politicians and state employees and stopped government funding in 2015. The resulting violence killed at least 1,200 individuals and forced 400,000 more to abandon the nation.

The EU stopped €432 million ($514 million) in financing, while Belgium halted delivery of €60 million ($70 million) to Burundi, which is heavily reliant on foreign help.

Even after President Ndayishimiye’s election in June, the country’s political situation remains unresolved, and constraints on democratic space remain in force.

According to the EU, the administration has taken no action to bring perpetrators of infringement, including those facing EU penalties, to justice.

President Ndayishimiye paid a two-day official visit to Kenya in May, when he and President Kenyatta announced the use of Kisumu port as a transit route for products bound for Burundi.

According to the United Nations refugee agency, some 315,000 Burundians are still seeking safety in other countries.

Burundi Security Minister Gervais Ndirakobuca estimates that 150,000 refugees will return this year. Since the beginning of 2021, almost 21,000 refugees have been returned.

Tanzania is a member of the Southern African Development Community (SADC), and the nation has sought to join it.

“Tanzania has decided to assist our SADC membership candidacy and has also requested that the nations who placed economic sanctions on us withdraw them.” “Diplomatic efforts are ongoing to eliminate all hurdles and entirely abolish sanctions,” President Ndayishimiye said.

Burundi has been attempting to join the regional group for some months without success. The SADC ministerial committee dispatched a mission to Burundi in 2016 to examine the country’s eligibility for membership in the organisation, which was denied.

As the nation battles for the easing of EU sanctions, President Ndaysihimiye hopes to harness the goodwill of its neighbours to stabilise the economy. 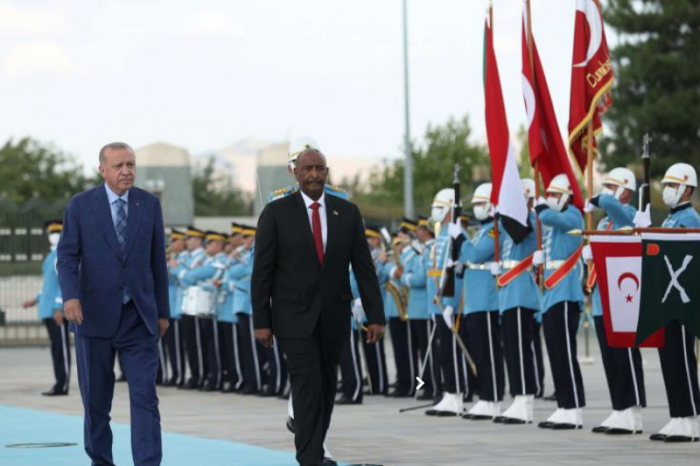 Erdogan's administration hopes Sudan-US relations' rupture may lead to a revival of tight ties with Khartoum. 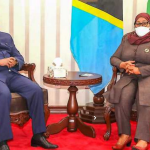