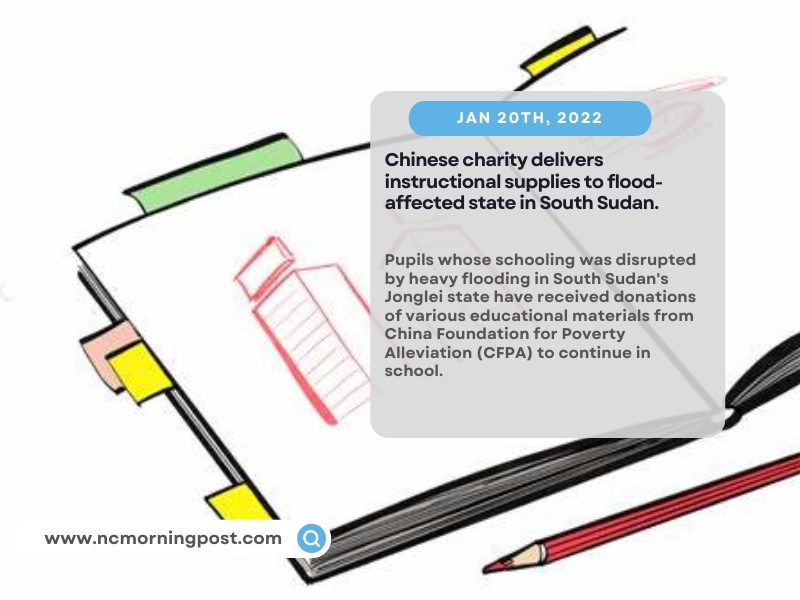 Pupils whose education was delayed by significant floods in South Sudan’s Jonglei state have received contributions of different educational resources from the China Foundation for Poverty Alleviation (CFPA) in order to resume their studies.

Hua Ning, Chinese Ambassador to South Sudan, said the scholastic resources would assist students to stay in school while handing over 1,800 boxes supplied under the Panda Pack Project to Jonglei state authorities on Tuesday.

Hua said that China has always been concerned about the development of education in South Sudan since the two nations established diplomatic ties 11 years ago.

“The Chinese embassy in South Sudan is highly worried about the education of children in disaster-stricken regions. We approached the China Foundation for Poverty Alleviation in September of last year to conduct the Panda Pack Project in Jonglei state “he said.

Hua said that the organization decided to broaden the scope of the initiative in South Sudan based on the needs of children.

“Each Panda Pack for a student has 105 things divided into five categories: a school backpack, basic stationery, art materials, educational toys, and everyday essentials,” he said.

The initiative is the first of its sort in South Sudan. It seeks to enhance the fundamental learning circumstances of underserved primary school kids in underdeveloped nations along the Belt and Road.

Gatwech Koak Nyuon, secretary-general of the Jonglei state administration, praised the Chinese people for their support, noting that this illustrates the two countries’ excellent bilateral connections as well as people-to-people contacts.

“I’d want to say something very briefly about the link between China and South Sudan: we are the same people in various nations because we have a culture of hospitality, speaking the truth, and assisting each other,” Nyuon remarked. 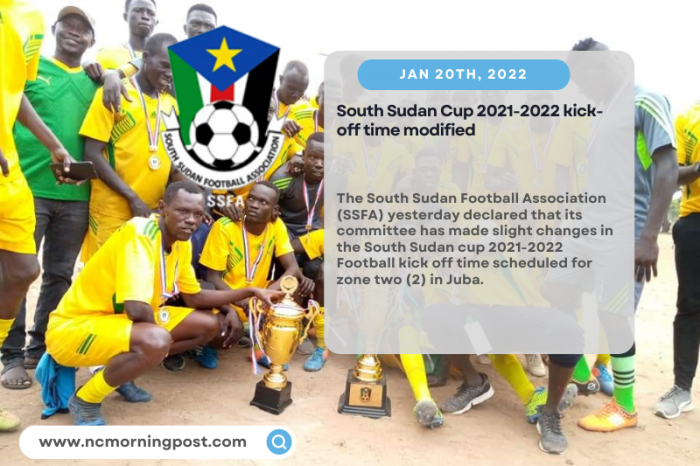 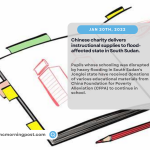