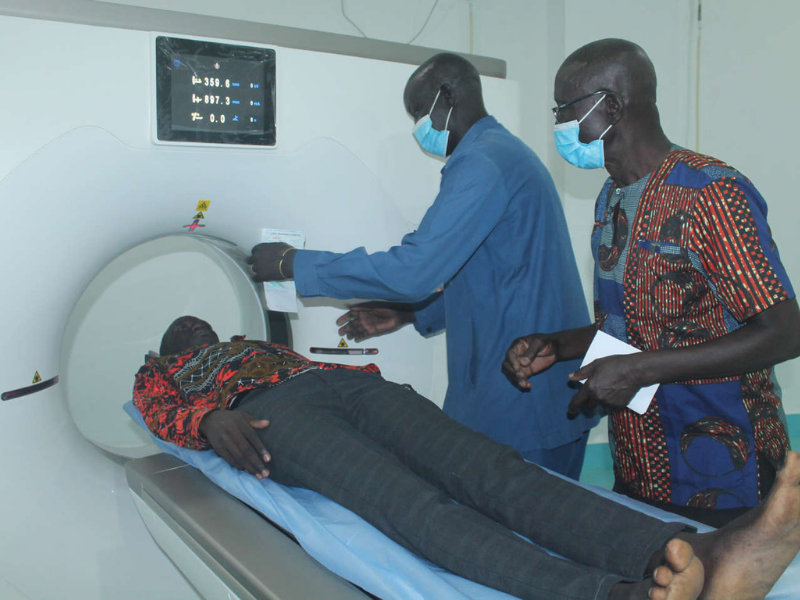 Joel Lukau Barnaba, a 73-year-old director of radiology in Juba Teaching Hospital in South Sudan, would have long been retired but due to the dearth of radiologists, he is able to diagnose about 50 patients on a daily basis with the help of Chinese medical equipment.

Lukau, who has 43 years of medical experience, explained in a Xinhua report seen by NCMP on Tuesday that the creatinine clearance test (CR), computed tomography (CT) scan and Fluoroscopy were donated by the Chinese government in 2019 have transformed the radiology department.

“Before this equipment were set up we were not doing much but with the help of China, now we are able to do so many things,” he said while in the radiology department housed in the out-patient ward built by the Chinese government.

The main referral hospital has only six radiologists and some of them are working on a temporary basis.

Lukau said he is grateful to work alongside Zhou Fengchun, a 55-year-old senior medical consultant from the ninth batch of the Chinese medical team who does differential diagnoses on patients.

In addition, Zhou also does remote consultation sharing scanned images of patients with colleagues at the Second People’s Hospital in Anhui Province who help with proper examination and diagnosis.

“This man (Zhou) is a senior consultant. Sometimes when he sits with our radiologists here he provides them with more knowledge, they should be much attached to him,” says Lukau.

Zhou, a radiologist from Anhui Medical University sits upon his computer every morning to keep in touch with Chinese doctors in the Second People’s Hospital of Anhui.

“The doctors in Anhui receive the scanned images of our patients here online and then they send me feedback on how to diagnose the sickness,” he said.

Zhou also jointly works with his South Sudanese colleagues to conduct CT scans on patients who turn up with kidney, liver and bladder problems.

Despite the availability of hi-tech equipment in the radiology department, Lukau said there is need for staffing the department and also providing some missing accessories to enable them to carry out Intravenous Urogram (IVU) examination for the kidney and bladder.

“We have a special investigation unit though it is not opened up we would have been doing some other examination like Intravenous Urogram (IVU) examination for the kidney and bladder,” he revealed.

An IVU is an X-ray examination of the kidneys and bladder.

“The equipment is there but there are some accessories that are needed and even the films that we are using are provided by someone and not the ministry of health. We buy the films from somebody who supplies us and we pay him,” said Lukau. 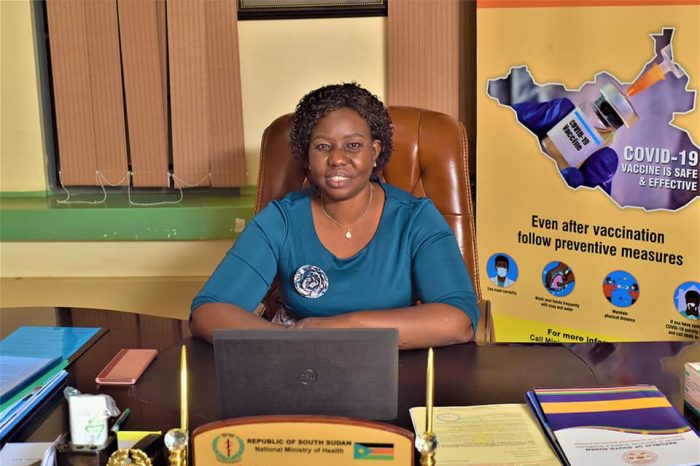 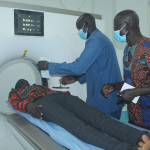