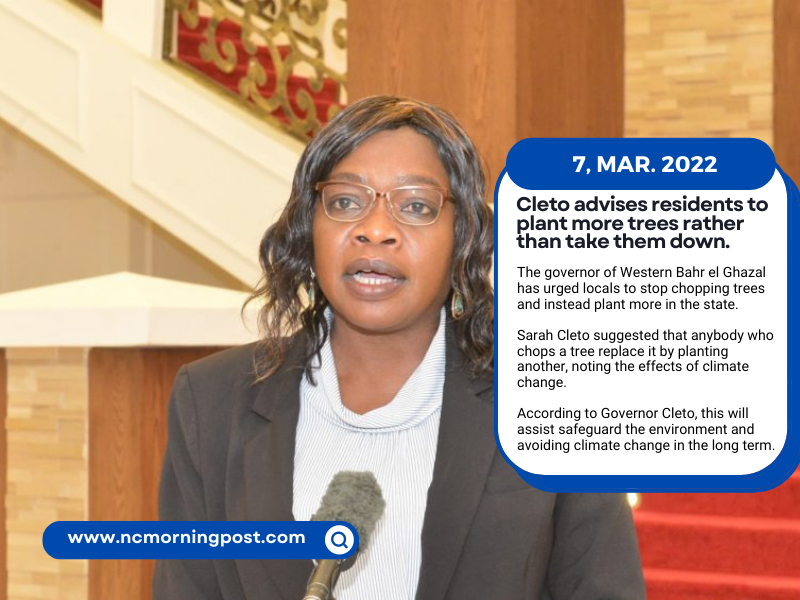 The governor of Western Bahr el Ghazal has urged locals to stop chopping trees and instead plant more in the state.

Sarah Cleto suggested that anybody who chops a tree replace it by planting another, noting the effects of climate change.

According to Governor Cleto, this will assist safeguard the environment and avoiding climate change in the long term.

“I know there are various things that happen inside our state, like chopping trees and not planting trees, and this has an influence on climate in the future,” Governor Cleto remarked.

“What I’m doing is continuing to raise awareness among people that we shouldn’t be taking down all the trees, and that if you remove a tree, you plant another one someplace else.” People must clear the forest or shrubs for their dwellings, but they must also refrain from cutting trees in any way.

“In locations like Jur River, people have been cutting even the Lulu trees, which are really state treasures, and by cutting them, we are also losing resources, which will have an influence on the climate.”

Trees may act as windbreaks, preventing high gusts from harming homes and property.

Climate change is defined as a long-term shift in average weather patterns.

Climate change is causing excessive heat, drought, and bug outbreaks in South Sudan, according to researchers.

After months of drought, major portions of the nation saw severe flash floods in 2020.

He said that unchecked human activity, particularly uncontrollable charcoal burning, had damaged the ecosystem and the country’s rivers, leading to climate change.

Kiir acknowledged that the destruction of forest reserves is another key issue affecting environmental deterioration in South Sudan. 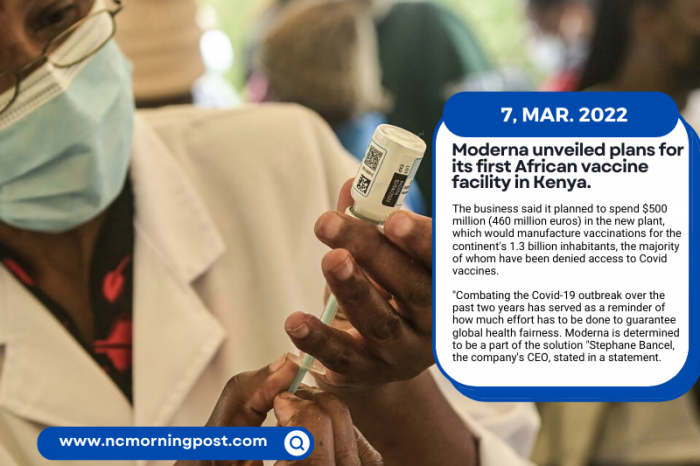 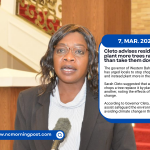