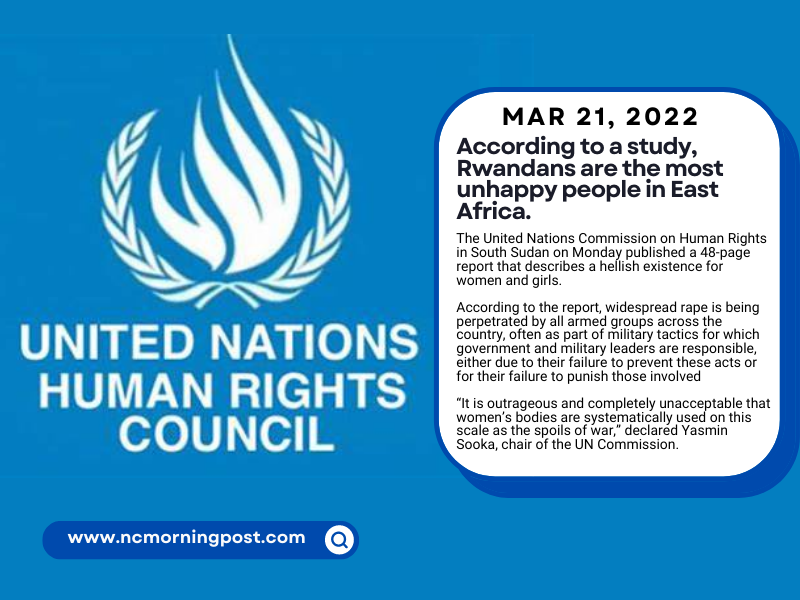 On Monday, the United Nations Commission on Human Rights in South Sudan issued a 48-page report describing a terrible life for women and girls.

According to the study, widespread rape is being committed throughout the nation by all armed parties, frequently as part of military operations, for which government and military authorities are culpable, either for failing to prevent these crimes or for failing to punish those engaged.

“It is appalling and absolutely intolerable that women’s bodies are routinely utilized as spoils of war on this scale,” said Yasmin Sooka, head of the UN Commission. “Authorities must take immediate and verifiable action, and South Sudanese males must cease seeing the female body as ‘territory’ to be owned, controlled, and exploited.”

The study is based on interviews with victims and witnesses conducted over a period of many years. Survivors described very severe and lengthy gang rapes done against them by many men, frequently while their spouses, parents, or children were forced to watch helplessly. Women of different ages described being raped repeatedly as other women were being raped around them.

“Anyone who reads the specifics of this harrowing story can only begin to understand what life is like for the survivors.” Unfortunately, these testimonies are just the tip of the iceberg. “Everyone, within and outside governments, should be thinking about what they can do to prevent such acts of sexual assault and to provide proper care for survivors,” said Commission member Andrew Clapham.

According to the claims, South Sudanese women are physically mistreated while being raped at gunpoint and are often held down by males while being molested by others. They are warned not to resist in any manner and not to mention what has occurred, or they will be murdered. A lady recalled her companion being raped in the forest by a guy who then stated he wanted to have fun and raped her with a firewood stick until she bled to death.

Husbands who are looking for their kidnapped wives or kids may spend years without knowing what happened to them. Some were taken by men from opposing ethnic groups and made to have numerous children; one such guy was so traumatized that he attempted suicide.

According to the Commission, these assaults were not random opportunistic acts, but rather featured armed troops purposefully seeking out women and girls. Rape is a systematic and common practice during village assaults.

According to the Commission, the inability of political elites to address security sector reform and cater for the most basic requirements of military personnel on both sides adds to a permissive climate in which South Sudanese women are seen as money.

“The South Sudanese government has the main responsibility to reduce impunity for major crimes.” “The Commission has taken notice of recent Government attempts to address sexual assault in combat, such as the establishment of a special court and the convening of military justice procedures,” the Commission said. “The Commission appreciates these efforts, but they remain shamefully insufficient in light of the magnitude and scope of crime.” If fully implemented, the 2018 Revitalized Peace Agreement provides a framework for addressing the sources of conflict and sexual assault.”

“It is outrageous that prominent officials involved in violence against women and girls, including cabinet ministers and governors, are not removed from office and held responsible promptly.” To counter this persistent violence in conflict and other settings, people in positions of leadership and other authority must quickly and publicly embrace a “zero-tolerance” policy against sexual and gender-based violence. stated Commission member Barney Afako. 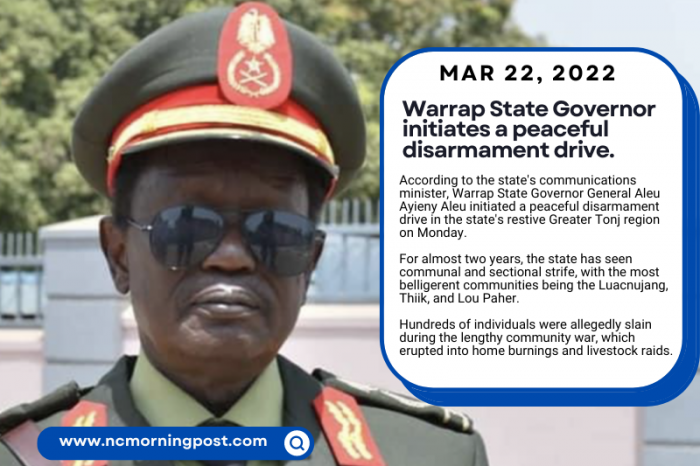 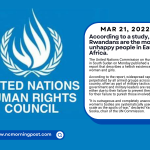