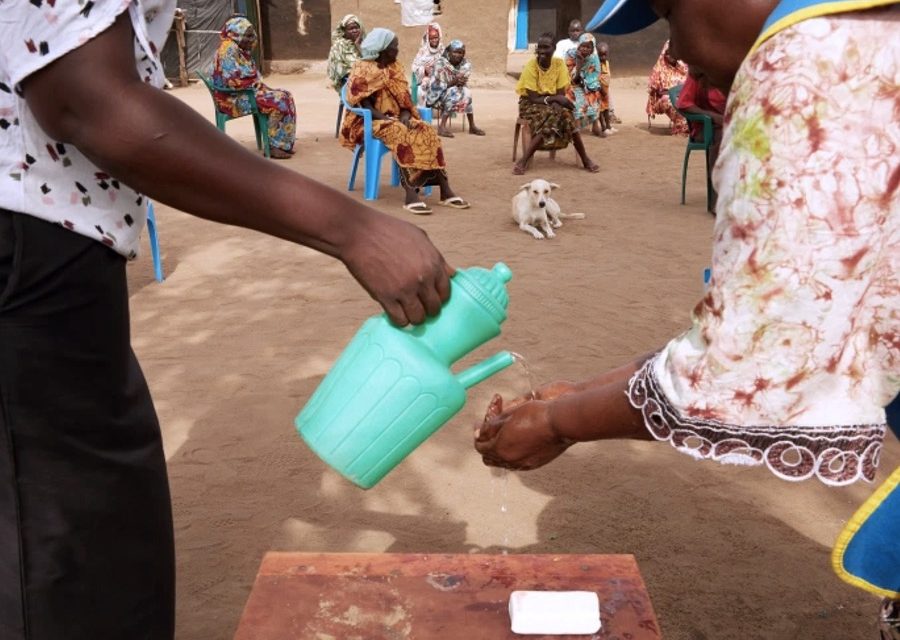 When the pandemic struck, many feared South Sudan could be one of the hardest-hit countries in Africa – years of conflict had hollowed out its healthcare system and the threat of famine was on the horizon.

Heeding the warnings, the European Union, the United States, and the World Bank chipped in more than $100m for the COVID-19 response, while the International Monetary Fund has given some $200m in loans.

Worrying death toll projections have yet to materialize – fewer than 150 people have died of the virus in the past year despite a recent uptick in cases – but familiar patterns of alleged profiteering emerged after the first cases were reported.

A black market appeared for COVID-19 tests that were supposed to be free. An inflated contract was awarded to a company to renovate a hospital that still sits empty. And the government authorised one small outfit to produce hand sanitiser – while banning imports of the product as people scrambled to find supplies. The New Humanitarian found these and other examples after interviewing nearly 30 government officials, business owners and aid workers, as well as reviewing documents, emails and text messages as part of an eight-month investigation with Al Jazeera.

“Every time there is a crisis, the government ignores its citizens, relies on international aid, (and) doesn’t help its own people,” said Edmund Yakani, head of the Community Empowerment for Progress Organization, or CEPO, a civil society group in South Sudan

South Sudan would not be alone in falling prey to alleged profiteering schemes linked to the pandemic. In Brazil, more than 1,500 criminal cases have been opened into coronavirus-related corruption, while the United States and Britain have been caught up in scandals involving COVID-19 funds and equipment.

But in South Sudan – one of the world’s top benefactors of foreign aid – schemes that arose after the pandemic followed a familiar pattern: Donors respond to crises and aid groups are left to shoulder the country’s humanitarian needs while South Sudan spends little on its own people, according to citizens, analysts, former diplomats and aid workers who spoke to reporters.

That imbalance has rankled some and sparked fresh discussions about whether there is a better way to provide aid in South Sudan – even though it is unclear whether funds for the COVID-19 response were misappropriated.

“The wealth of this country – from oil and elsewhere – bypasses its people, siphoned off in secrecy with no public accountability for how it is spent,” said David Shearer, the United Nations’ head of mission in South Sudan, in his final address to the UN Security Council in March. The international community, he noted, had failed to question its role in South Sudan’s continuing dependence on foreign aid.

“True sovereignty means responsibility – being responsible – to really care, in a tangible and demonstrable way, for all the nation’s 12 million citizens,” Shearer said.

Some government leaders have said such sentiments smack of colonialism.

“Our friends when they come, come with high assumptions (that) they know it all,” said Mayen Machut Achiek, the health ministry’s undersecretary.

Renewed fighting last year had resulted in the relocation of aid workers, ambushes of humanitarian convoys, the looting of lifesaving supplies and the targeting of relief workers based on ethnic identities, the report noted.

Opaque bureaucratic and regulatory snags had also resulted in “diverted resources that would have otherwise been used for lifesaving supplies”, the report noted.

South Sudan was already grappling with multiple crises when the pandemic hit.

The announcement of a long-awaited transitional government in February 2020 was quickly overshadowed by intensified local-level fighting as well as floods.

The first cases of COVID-19 then appeared in April 2020 and were traced to UN workers – sparking a backlash against the UN and other aid groups.

The same month, the World Health Organization (WHO) became aware of allegations that some health ministry officials were charging for COVID-19 tests when they were supposed to be free, according to a WHO email received by The New Humanitarian in July and shared with Al Jazeera.

Tests were offered for $50, while test certificates needed for ground and air travel were sold for $400, a UN worker said in a text message sent to other aid workers in July and seen by reporters. Speaking on behalf of the government, Angelo Goup Thon and Mathew Tut Kol, government officials involved in the coronavirus pandemic response, denied the allegations.

The health ministry also handpicked at least 500 largely untrained staff from the ministry to work on the response and be paid between $450 and $1,500 a month with donor funds, three senior humanitarian officials involved in the response told reporters, speaking on condition of anonymity to ensure their ability to keep working in the country.

Although it is not uncommon to hire untrained workers in emergency responses – the same was true with the Ebola response in the Democratic Republic of the Congo – many of the proposed salaries were triple what skilled civil servants would normally earn, and the government has failed in recent years to pay health workers for months.

The International Organization for Migration (IOM), which had been helping the government to perform health screenings on travellers, was among the UN agencies that received a list of requested workers from the government. The health ministry followed up with a verbal request to pay salaries of up to $2,000 a month, according to an internal IOM email seen by reporters. The email noted that government discussions were heated, including “shouting and verbally abusing IOM staff on (the) phone and in-person”.

In response to questions from reporters, the IOM confirmed in an email to The New Humanitarian on March 26 that the government had asked for staffing allowances for COVID-19 responders, as well as the recruitment of additional staff.

“… IOM communicated to the Ministry that the set provisions and budgets of the project could not be amended and that no additional staff would be hired or additional allowances paid,” said IOM spokesperson Safa Msehli, adding that passengers at Juba International Airport were now being screened by the health ministry.

Kol, part of the government’s COVID-19 response team, said people chosen for the response were not selected for their political connections. However, he acknowledged that many lacked training, something the government was addressing, he said.

The International Medical Corps (IMC), meanwhile, decided to send its lead medic home to Nigeria in December after reporting that he had been allegedly threatened by Thuou Loi, South Sudan’s then-director general of international health and coordination.

When asked about the medic, Loi told reporters the allegations were “misleading by all accounts”, but he would not say if he requested that the medic leave the country. IMC’s country head, meanwhile, wrote to South Sudan’s health minister in December, saying that the situation was “unsettling,” according to the IMC letter seen by The New Humanitarian and shared with Al Jazeera.

The letter was not provided to reporters by IMC, and the organisation declined to give any details about the letter or the alleged threats.

Achiek, the health ministry’s undersecretary, said it was “not acceptable” if aid workers had been threatened, but that he did not like being “manhandled” by aid partners.

Donors have largely provided most of South Sudan’s healthcare funding for years.

In the 2019-2020 budget, South Sudan’s government allocated nearly $14m to the health ministry, but a separate government report detailing official expenditures shows that only $3m of that had been received nine months into the fiscal year.

Doctors Without Borders (Medecins Sans Frontieres, or MSF) alone spent more than 85 million euros ($100m) on health across 19 locations in the country in 2019.

After the pandemic struck, South Sudan allocated $5.48m for the response from April 1 through September 30, 2020, according to government documents shared with reporters by a government official who asked not to be named.

As part of pandemic preparations, the company was meant to renovate the Dr John Garang Infectious Disease Center in Juba, according to documents seen by The New Humanitarian and shared with Al Jazeera.

Part of that amount included $22,500 for landscaping and $168,000 for painting – costs nearly double those of other companies reporters contacted for estimates of similar work.

The roughly 250-bed facility was meant to be the main hospital for COVID-19 patients. As of April 2021, however, it was still being used largely for storage. Hospital staff told reporters although renovations had been made, the work failed to meet the needs of an infectious disease centre, including too few toilets and structures that were inadequate to quarantine infected patients.

In April of this year, reporters reached a man who staff said was AFK’s general manager, but he said he was outside of Juba and could not answer any questions without referring to specific paperwork on the contract. He also asked that his name not be used. Earlier in the year and last year, several text messages and phone calls to one of the company’s shareholders went unanswered or did not go through, and repeated calls to AFK’s office in Juba went unanswered.

The health ministry called the amount allocated for the renovations “excessive” and said in December that “nobody has been paid anything so far”.

However, the government contract and payment details – shared with reporters by a government official who requested anonymity – tell a different story.

One document noted that $1.4m was paid as the first instalment for equipment and supplies, while some $2.4m was directly disbursed “through a check issued by the Ministry of Finance and Planning in the name of the AFK CONCEPT LTD”.

The $3.8m awarded to AFK was also noted in a separate letter from the finance ministry to the health ministry in April, shared with reporters by a freelance journalist who did not want to be named for fear of his safety.

While every country was scrambling to buy hand sanitizer, South Sudan made it even harder by suspending imports and authorizing one domestic company to produce it.

The Drug and Food Control Authority gave Sinco Medical the authorization to manufacture and distribute the sanitizer, according to several importers and one UN official familiar with the agency’s reported directive, who spoke to reporters and requested anonymity for safety fears. The authorization letter was shared with The New Humanitarian by the watchdog group, The Sentry.

In March 2020, the Drug and Food Control Authority told a businessman and his colleagues they would not be allowed to import 100,000 bottles of hand sanitiser from Kenya but instead had to buy from Sinco.

The man asked not to be named because he feared for his safety. He said he had not faced such an import ban in five years of working in South Sudan.

Several civilians across the country told reporters they struggled to find sanitiser months after coronavirus cases started to emerge. Prices had soared more than tenfold, according to a May report by the Sudd Institute, a local think-tank that has researched the economic consequences of COVID-19.

The head of the Drug and Food Control Authority did not respond to repeated requests for comment.

The allegations of profiteering come as South Sudan recently received some 132,000 doses of the AstraZeneca COVID-19 vaccine through the UN-backed COVAX facility. More shipments are expected in the coming months.

Elizabeth Shackelford, a former US diplomat in South Sudan, said the time to put better controls on foreign assistance to the country would have been 2011, when it became the world’s newest independent state.

“It’s much easier to build in a practice of accountability from the start,” said Shackelford, now a senior fellow on US foreign policy at the Chicago Council on Global Affairs. “We have long tended to turn a blind eye to it.” 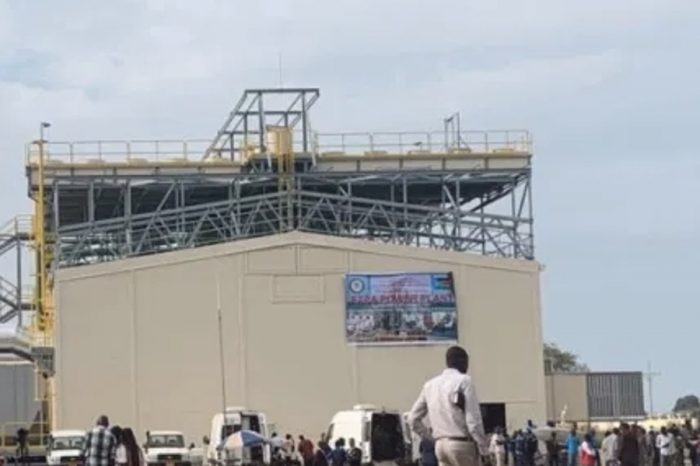 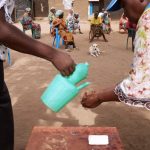