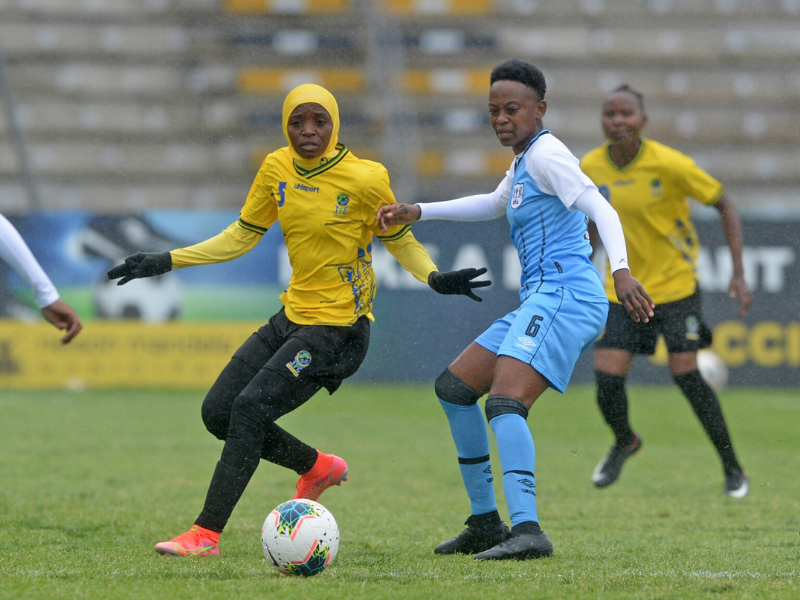 Tanzania’s Twiga Stars are the first team to book a place in the semi-finals of the COSAFA Women’s Championship on-going in Port Elizabeth, South Africa.

The Tanzanian team defeated last year’s runners-up Botswana 2-0 in a Group B match played on Saturday at the Madibaz Stadium at the Nelson Mandela Bay.

Donisia Daniel Minja and Mwanahamisi Omary Shurua netted the goals for the Twiga Stars to send them top of the group and straight into the knock out stage.

The Tanzanian defenders had a busy day keeping away Botswana’s key striker Refilwe Tholakele who scored a hat-trick in their 7-0 win over South Sudan in their opening match.

“We are happy to revenge against Botswana who beat us in the same tournament last year,” said Tanzania’s head coach Bakari Nyundo Shime after the tough encounter. Coach Shime’s team will play their last Group B game against South Sudan on October 4th.

The South Sudan captain Amy Lasu also told Cecafaonline that they determined to push themselves to put up a better performance against Tanzania. “These matches against experienced teams in the COSAFA tournament are helping us get better,” added Lasu.

Shilene Booysen, the Bright Starlets coach said that these matches are not about winning or losing for them, but it’s a process in building the team. “Don’t expect too much because this is a young team and these matches are all about gaining experience for the future,” she added.

“I am happy with the way we approached the match today and created several scoring chances. We are here to learn and gain exposure,” said South Sudan’s coach Shilene Margaret Booysen. 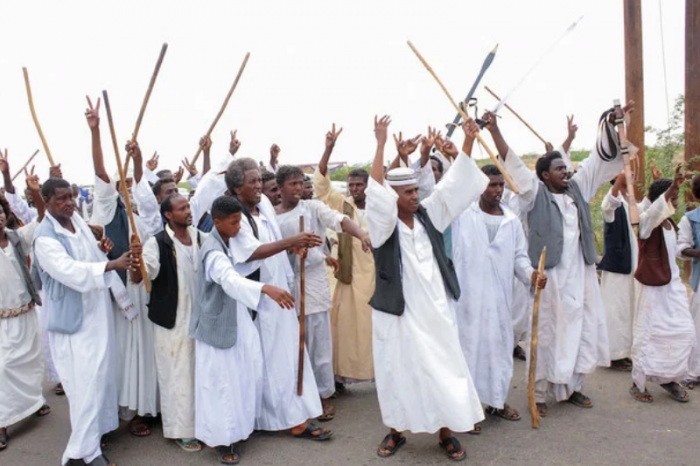 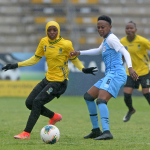