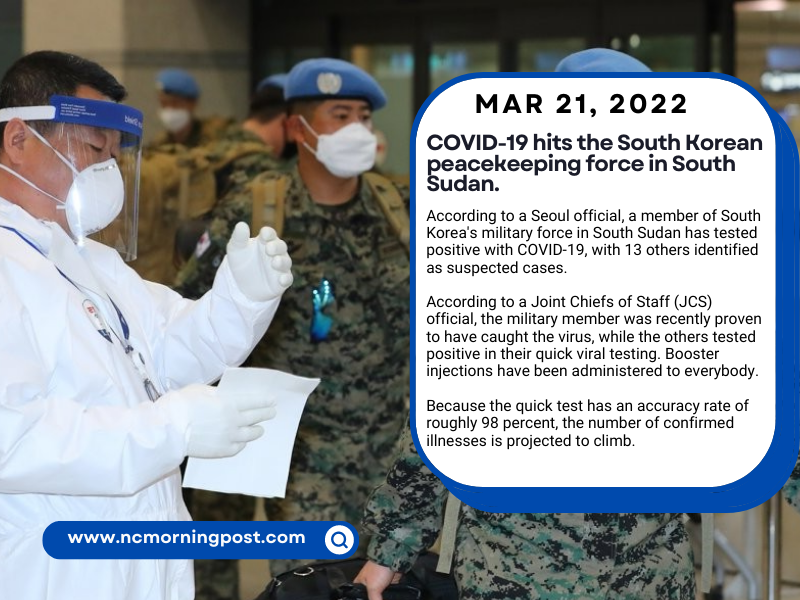 According to a Seoul official, a member of South Korea’s military force in South Sudan has tested positive for COVID-19, with 13 others identified as suspected cases.

According to a Joint Chiefs of Staff (JCS) official, the military member was recently proven to have caught the virus, while the others tested positive in their quick viral testing. Booster injections have been administered to everybody.

Because the quick test has an accuracy rate of roughly 98 percent, the number of confirmed illnesses is projected to climb.

The soldiers in question are among the 140 troops that landed in the African nation lately to join the 260-strong peacekeeping group for a six-month assignment.

Despite the viral epidemic, the unit remains fully operational, according to a JCS officer.

Around 1,000 South Korean personnel are stationed abroad, including the Akh unit in the United Arab Emirates, the Dongmyeong unit in Lebanon, and the Cheonghae unit on anti-piracy operations off the coast of Africa.

Meanwhile, the South Korean military recorded 1,549 new COVID-19 cases on the same day, bringing the total number of cases among its domestic troops to 55,886.

The Army had 999 new cases, the Navy had 213 new cases, the Air Force had 177 new cases, and the Marine Corps had 82 new cases. At the moment, 14,636 military personnel are undergoing treatment. 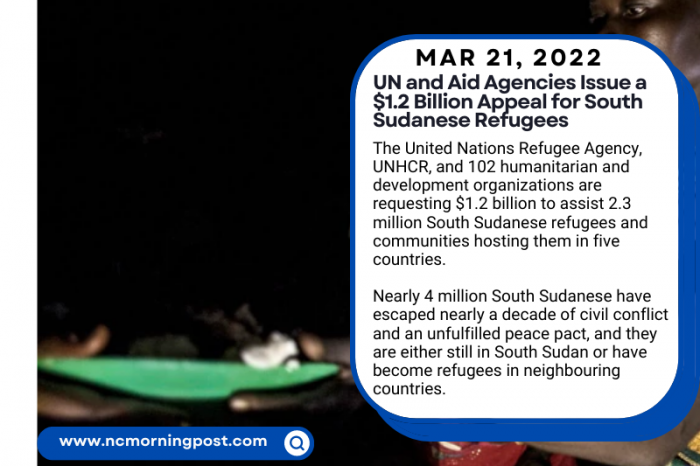 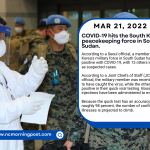