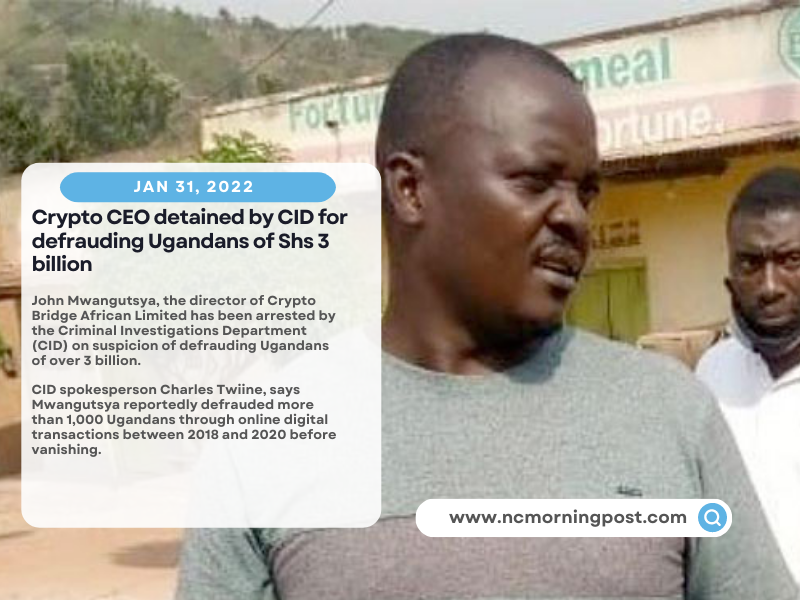 According to CID spokesman Charles Twiine, Mwangutsya allegedly scammed over 1,000 Ugandans via online digital transactions between 2018 and 2020 before disappearing.

According to investigators, the suspect advertised in different print and electronic media that his organization was engaged in online companies for various persons by selling bitcoins and crediting them virtually in the form of shares.

“The suspect Mwangutsya, who maintains the business was legal, allegedly recruited numerous individuals as leaders on behalf of a Bulgarian organization called One Life, which runs mobile wallets using blockchain technology.” “These folks would also recruit people from Kampala, Masaka, Wakiso, Kabarole, Bushenyi, Ibanda, Kagadi, and other regions,” Twiine said.

He reveals that they were also charged with recruiting additional individuals who may be enticed to acquire virtual shares for Shs 1,000 per bitcoin with the promise of profit.

“These guys may pay Shs 10 million with the promise of 6% in a week, so they would entice you to amass earnings of at least Shs 800,000, then they pay, and you recruit others.” “They terminated the firm and fled after reaching their billion-dollar aim,” he alleged.

Twiine reports that Mwangutsya, who was reported to police in 2020 after shutting the firm and vanishing, was apprehended in Ibanda yesterday with preparations to flee to Rwanda.

Police are now urging victims of the alleged fraud to come forward and provide statements to the CID headquarters, which will aid in the prosecution of Mwangutsya for collecting money via deception.

Although the principal suspect will be prosecuted, Twiine adds that it will be difficult for investigators to retrieve such large quantities of money that were scammed two years ago.

“It is fundamentally difficult to retrieve this money, which has been spent over a two-year period.” Ugandans should be aware that bitcoin transactions in Uganda are not regulated by any organization or legal framework, making litigation or recovery difficult in the case of fraud,” Twiine warned.

“Ugandans need to know that part of this illegal and illegitimate money is sometimes related with terrorism, therefore it will be awful for you to donate money to an agent of terrorism to come and destabilize your nation,” he continues. 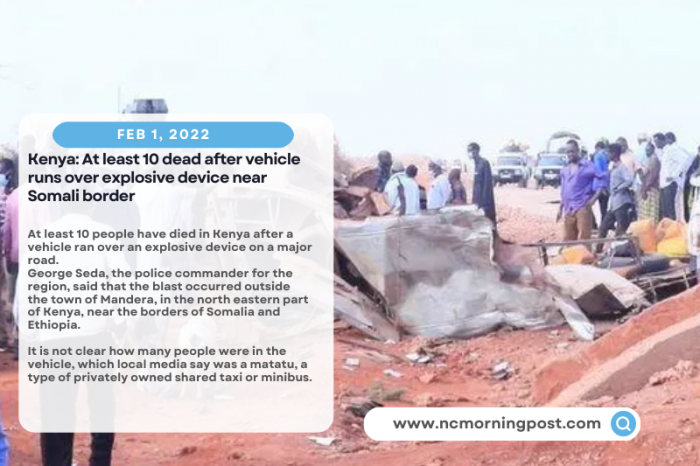 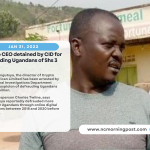