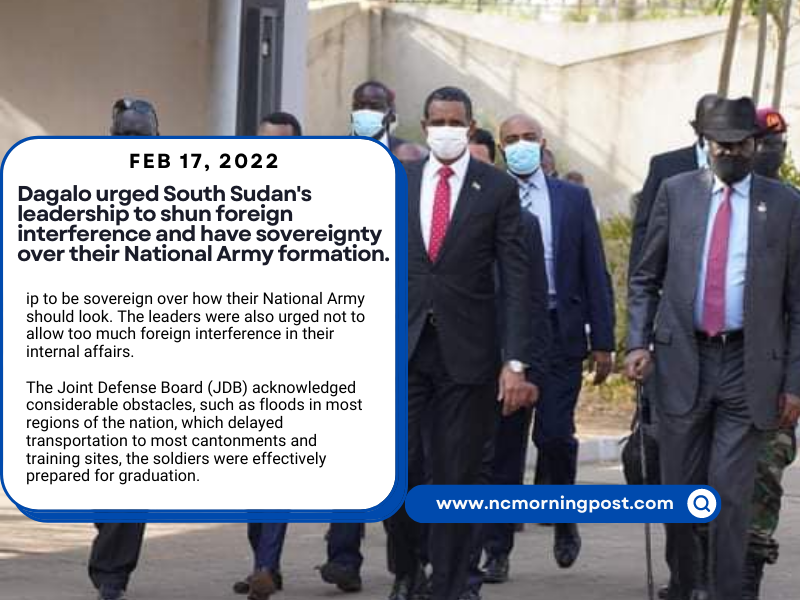 Dagalo urged South Sudan’s leadership to be sovereign over how their National Army should look. The leaders were also urged not to allow too much foreign interference in their internal affairs.

The office of the president of South Sudan posted to Facebook yesterday (February 16, 2022) that a meeting was held to review the outstanding Transitional Security Arrangement concerns under Chapter 2 of the Revitalized Agreement on the Resolution of the Conflict in the Republic of South Sudan.

According to the page, Kiir received a progress report from the Joint Defense Board (JDB) regarding screening, reorganization, and graduation of the Unified Forces.

Even though the Joint Defense Board (JDB) acknowledged considerable obstacles, such as floods in most regions of the nation, which delayed transportation to most cantonments and training sites, the soldiers were effectively prepared for graduation.

A graduation schedule was to be prepared by the Joint Transitional Security Committee (JTSC) for approval by the Presidency at the following meeting.

For its completion of the unification process and preparations at training facilities for graduation, the Presidency thanked the Joint Defense Board.

Mohammed Hamdan Dagalo, Deputy Chair of Sudan’s Transitional Council, also lauded the progress made by the Government of South Sudan in implementing the Revitalized Peace Agreement, emphasizing that the majority of tasks have been completed. 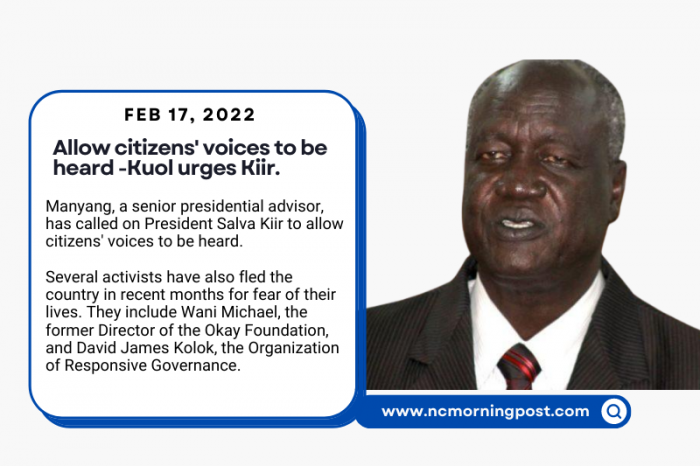 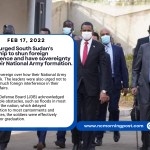