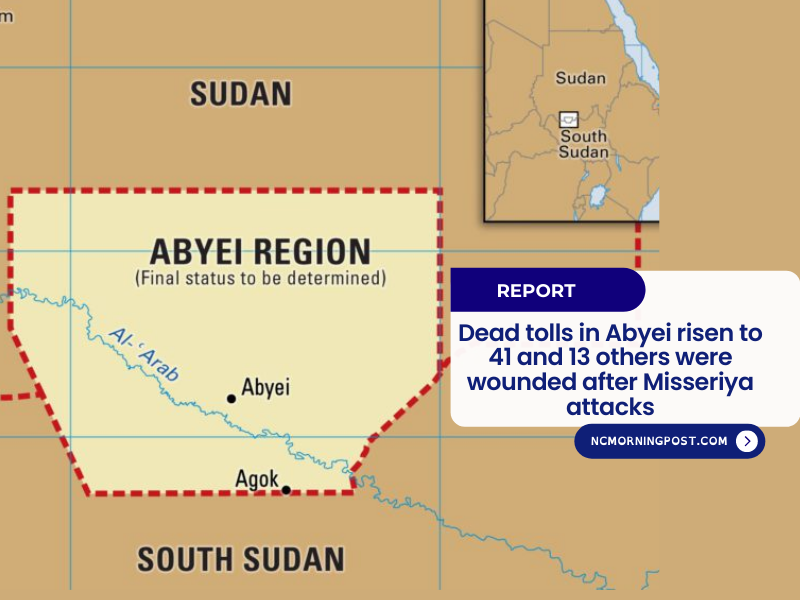 The death toll in Abyei has increased to 41, while 13 people have been injured in the aftermath of the Misseriya assaults.

The death toll in Abyei Administrative Area has increased to 41, with 13 others injured, after Misseriya’s assault on two regions in separate locations, including Amiet market, where they murdered 27 people by shooting indiscriminately.

A four-year-old youngster was taken, and five individuals remain unaccounted for. Two of the 41 assassinated are women.

Additionally, the Misseriya armed men raided at least 1,913 livestock. Between 6:00 a.m. and 10:00 a.m., assaults occurred in the Leu, Noong, and Amiet markets.

The authorities in Abyei urged UNISFA to act up to its mission of protecting residents and their property efficiently. 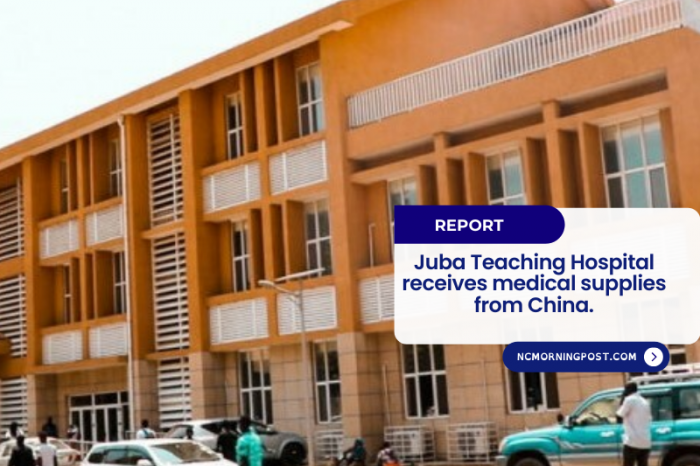 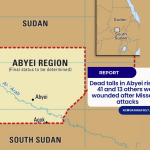