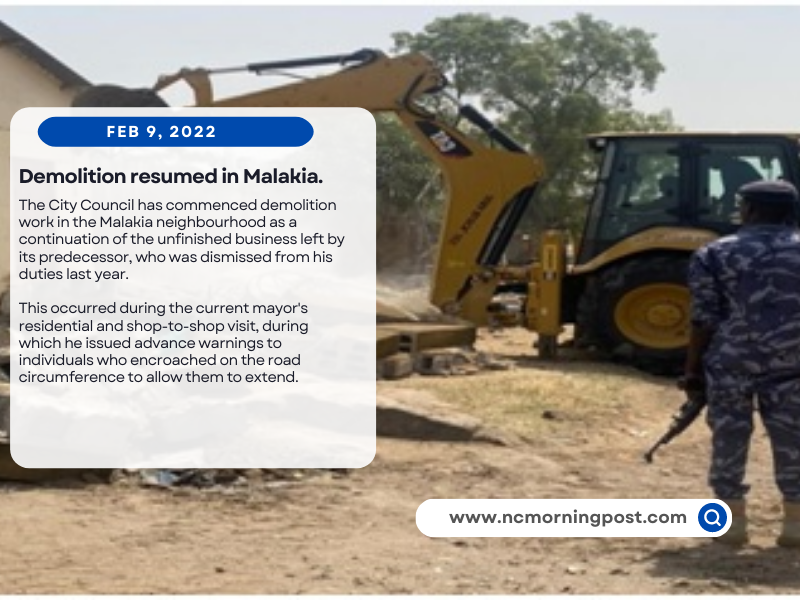 The City Council has commenced demolition work in the Malakia neighborhood as a continuation of the unfinished business left by its predecessor, who was dismissed from his duties last year.

This occurred during the current mayor’s residential and shop-to-shop visits, during which he issued advance warnings to individuals who encroached on the road circumference to allow them to extend.

In a publication by Juba Monitor seen by NCMP, Michael Lado Allah-Jabu, the current City Mayor, stated that the initiative was carried out due to reluctance by some traders and residents to break and extend their affected buildings and shops that fell within the road circumference to appropriate plots as demanded by the authorities.

He stated that encroachment caused by Malakia inhabitants by expanding their plots and making roads narrow caused the issue of demolition, but that some of them heard and remedied their mistakes.

“It was just their intrusion that caused the problem, but their plots are in place.” The majority of plots in Malakia are 10 by 15, however, others have been added. They encroached on the highway, leaving portions of their plots behind. “

He emphasized that dismantling trading establishments along the road’s circumference would have no effect on the economy because they were just limited and stockless.

Michael reaffirmed that the City Council would not spare or compensate any concrete or story building constructed in a location designated for road infrastructure, but would instead break it down or enlarge it in accordance with the marks stated where appropriate.

“Those whose buildings and shops encroached on where roads collapse would not be paid, and they would be forced to bear their losses at their own expense, not at the expense of Juba City Council.”

As with any other city in the world, we must ensure that we pave roads and that those who are affected suffer losses because we have made the required measures to make our people aware of any step taken for the implementation of any initiative or why we are doing so.” Michael stated it again.

Michael emphasized that households and merchants had been given adequate time since October to ensure that the necessary preparations for enlarging and deconstructing their impacted buildings and establishments were carried out.

Furthermore, he stated that if they did not comply after the specified number of days, actions such as substantial fines will be enforced in accordance with the local government statute.

However, Buturus John, a resident of Malakia, praised the City Council for completing the mission for the city’s development.

“I applaud the local government for taking the initiative to enhance the city by paving roadways.” We have limited routes in town, which causes significant traffic jams and accidents as the overall number of automobiles and motorcycles increases on a daily basis. Buturus emphasized 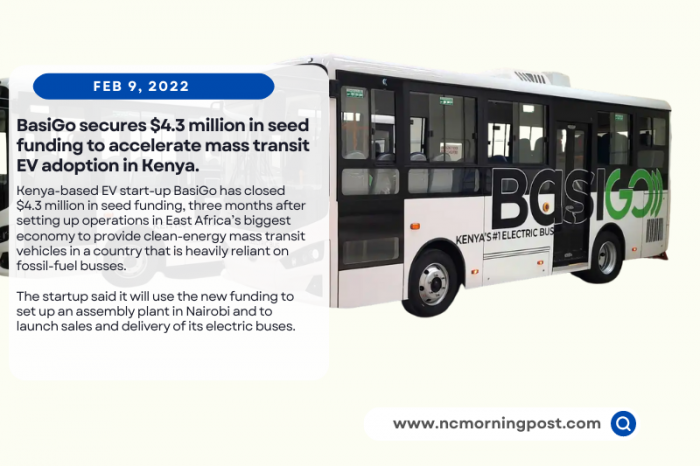 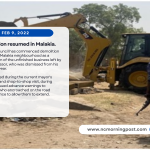