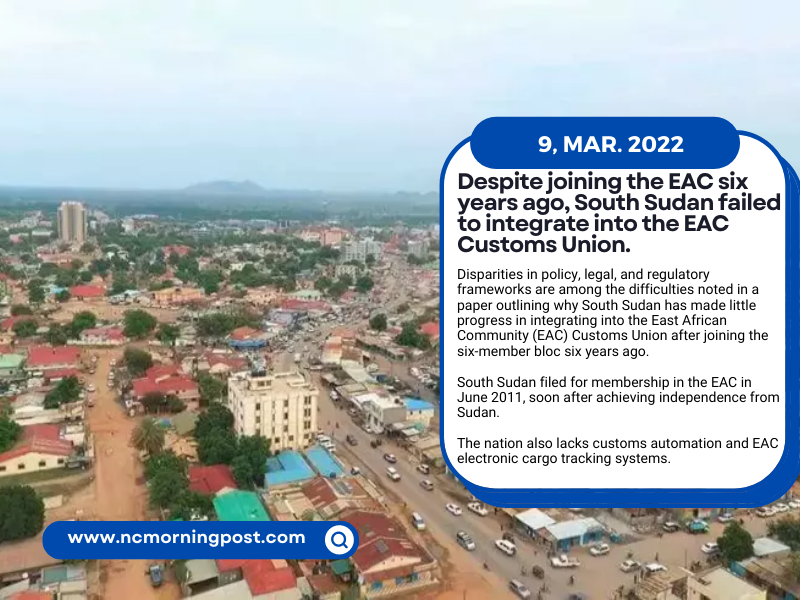 Disparities in policy, legal, and regulatory frameworks are among the difficulties noted in a paper outlining why South Sudan has made little progress in integrating into the East African Community (EAC) Customs Union after joining the six-member bloc six years ago.

South Sudan filed for membership in the EAC in June 2011, soon after achieving independence from Sudan.

Last September, the regional Parliament’s Committee on Communication, Trade, and Investment met with stakeholders in Juba, South Sudan, to review progress in the country’s integration into the EAC Customs Union, among other things.

During its oversight work, the Committee identified a number of other obstacles impeding the country’s growth.

Another major difficulty, according to Committee Chairperson MP Christopher Nduwayo (Burundi), was South Sudan’s change in prioritizing efforts toward peace and national development rather than integration measures.

Another issue is the delay and inadequacy in domestication and realignment of the bloc’s legal frameworks into national laws as a result of the delayed start of the country’s Revitalized National Legislative Assembly, which plays a lead role in legislating legal instruments required to operationalize the Customs Union Protocol and other bloc laws.

Nduwayo further said that institutional capacity restrictions and skill shortages among employees enforcing customs operations, as well as other rules and regulations relating to the Customs Union, pose implementation challenges.

“At the moment, all paperwork is on paper, and there are no equipment or customs information systems in place.” This condition of things complicates interactions between South Sudan and other partner countries that currently use automated systems,” Nduwayo added, citing financial constraints.

Aside from a budgeted allocation in the 2018/19 fiscal year to perform key capacity development initiatives from December 2018 to June 2019, no funding was granted for South Sudan’s integration.

Nduwayo also emphasized a lack of cooperation between the EAC and South Sudan on donor capacity-building programs aimed at assisting the country’s integration.

The country’s judicial system is based on the Arabic system, “which makes it difficult” for the Ministry of Justice and Constitutional Affairs to incorporate the bloc’s laws and regulations; and the country’s Customs services are still under the Ministry of Interior, despite the fact that the Ministry of Finance’s mandate is to oversee the National Revenue Authority, which should supervise the Customs department.

South Sudan was welcomed as the bloc’s sixth partner state in October 2016. Juba sought a three-year grace period after joining to prepare itself before becoming fully functioning as a member state by acceptance and implementation of EAC instruments.

The grace time sought to begin implementing EAC procedures, notably the EAC Customs Union instruments, expired in October 2019, however “South Sudan has not publicly expressed its desire for an extension of the grace period.”

The Assembly decided on March 1 to postpone discussion on the Committee report in order to send a strong message to Juba after its Minister in charge of EAC Affairs, Deng Alor Kuol, failed to appear in the House for over two years.

Later, Kuol appeared electronically and presented his country’s viewpoint on a variety of subjects, stressing that “the government and people of South Sudan are dedicated to the EAC.”

However, before to his speech, several MPs said that the EAC Secretariat, the executive organ, is partly to blame for failing to effectively engage and coordinate the integration process with Juba.

MP Ann Itto (South Sudan) expressed surprise and disappointment that “we did not find a single report; neither on the roadmap, nor the six Council directives to the Republic of South Sudan and the EAC Secretariat” during the three years allowed for Juba to align its policies, institutions, and laws with those of the bloc.

In February 2021, the EAC Summit also discussed a report on the plan for South Sudan’s expedited integration into the EAC and instructed the Community’s policymaking organ, the Council of Ministers, to complete the process.

Itto emphasized that “the problem of communication and coordination is extremely crucial and has to be verified” if her country’s integration is to progress.

She emphasized that “it is quite strange for us to witness the absence of the East African Community in South Sudan” at a time when the latter is struggling with peace and security issues.

“We feel they should be there,” Itto stated. Yes, IGAD assisted the peace accord, but South Sudan is a member of EAC, and therefore “all EAC programs should take into consideration what is going on” in all nations of the six-member regional economic community, otherwise “this integration would be extremely irrelevant and will never be realized.”

While MP George Odongo (Uganda) stated that the political leadership in Juba must demonstrate a strong commitment to the integration agenda by engaging the EAC, “it is a two-way street,” MP Thomas Gatkek (South Sudan) stated that “peace determines everything” and his country requires the support of other EAC partner states to achieve sustainable peace.

“With peace, South Sudan would be able to contribute significantly to the integration process,” he added. As a nation, we are also subject to sanctions. The EAC should look into this since it is critical. I believe we can do something if we include the whole planet.”

Mathuki emphasized that “we are dedicated to assisting” South Sudan’s integration. He emphasized that integrating a partner state into the bloc is a resource-intensive process, which the Secretariat has been dealing with in cooperation with the Council.

“We’ve been collecting funds via development partners.” “We’re doing everything we can and to the best of our abilities,” he stated.

Kuol, among others, recognized that Juba is still dealing with capacity difficulties in a variety of sectors and need assistance from the bloc.

“The plan, I believe, has to be executed,” he added of the integration roadmap. As the government of South Sudan, we have a role to play, as does the Secretariat. I believe we both need to go back over this plan and figure out what we didn’t do and what we should have done. There are flaws in both of us.”

“The most pressing problem in South Sudan is one of peace.” We have recently created a new Parliament, and this new Parliament will debate and [assist] in the implementation of the peace deal. This is still a concern for us, and it stymies a number of things.”

Lawmakers also raised concerns about South Sudan’s arrears to the EAC, which the Minister said was currently being investigated by the new legislature in Juba.

According to available data, the government failed on their yearly payments as of June 2021, with a total overdue sum far above $27 million.

“We are far behind in achieving our obligation to our Community,” Kuol remarked. We’ve recently proposed a budget to Parliament that incorporates all of your concerns.”

He said that his national Parliament got a budget plan a few weeks ago that, if adopted, would cover all of the country’s financial responsibilities to regional blocs like as the EAC, AU, IGAD, and others. Lawmakers are pressing Juba, among other things, to speed the required changes to integrate its Customs agency into the national Revenue Authority, which is now under the Ministry of Interior.

The bloc is battling with concerns with Juba’s complete integration, only months after regional leaders suggested that next discussions paving the way for DR Congo’s admittance into the bloc be conducted as quickly and efficiently as possible. According to MP Oda Gasinzigwa (Rwanda), this may be a good opportunity to reflect “on where we are” in terms of integrating new members into the bloc. 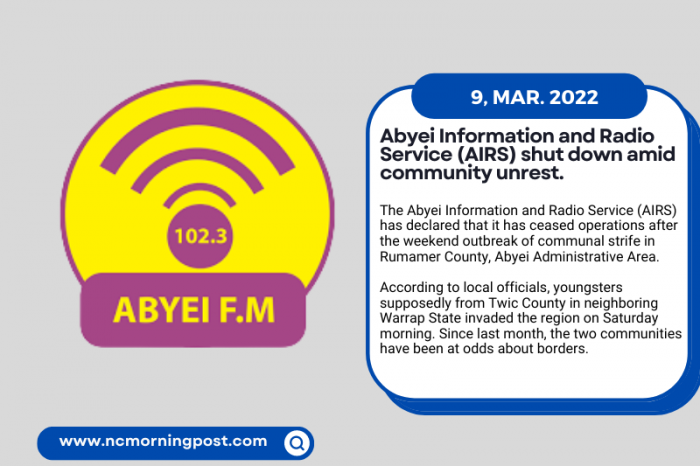 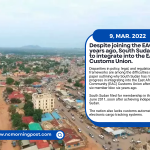