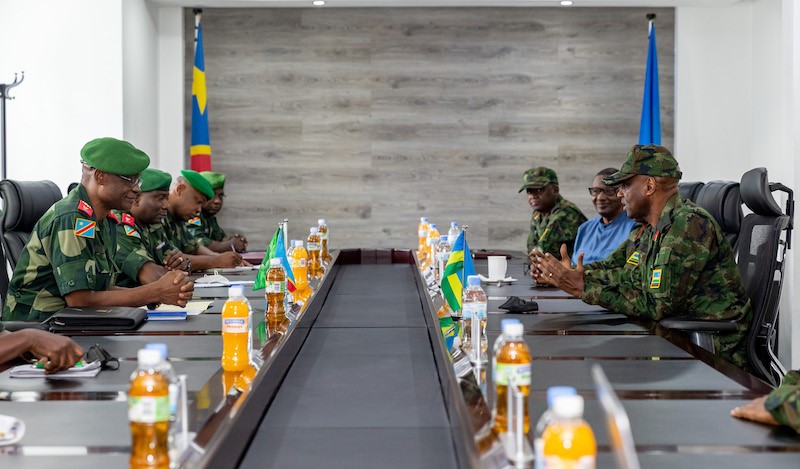 The Chief of General Staff of the Democratic Republic of the Congo Armed Forces (FARDC), Gen Célestin Mbala Munsense, has avoided commenting on reports tying Rwanda to M23 insurgents after strikes in the Eastern Congo.

Gen Célestin Mbala Munsense was speaking on Wednesday on an official visit to Rwanda, where he met with his Rwandan counterpart, Gen Jean Bosco Kazura, and addressed a variety of issues.

According to a statement from the Rwanda Defence Force, “the talks focussed on the regional security situation and the battle against terrorist organizations.”

Munsense arrives in Rwanda three days after M23-affiliated militants stormed and captured the villages of Tshanzu and Runyoni in Rutshuru, North Kivu Province.

Rutshuru is located in the Bunagana region, which connects the Democratic Republic of the Congo to neighboring Uganda.

Local authorities claimed that the assailants were from Rwanda; however, on Tuesday, 9 November 2021, the Rwanda Defense Force released a statement denying any participation in the assaults.

Following negotiations with his Rwandan counterpart, Gen Célestin Mbala Munsense avoided commenting on the matter, instead relying on “the Expanded Joint Verification Mechanism (EJVM) to complete its job and provide us with precisions on the situation.”

Instead, he said that his conversations with Gen. Jean Bosco Kazura centered on a “framework of plans made with our surrounding nations in dealing with terrorist organizations and other transnational challenges.” This is consistent with the African Union’s advice to “join forces in combating risks to our common development.”

According to Gen Mbala Munsense, the conversations also focused on “together measures to prevent negative forces from operating along our borders in order to enhance our partnerships for the mutual development of our people.”

M23 rebels are recognized for strikes against the FARDC in 2012, which resulted in their occupation of Goma, a city in the Northern East of Congo.

Rwanda was thought to be behind the rebel organization, and it was widely denounced across the world. Some Western countries halted funding to compel Rwanda to withdraw, despite the fact that the East African nation denied any culpability.

M23 was subsequently destroyed by FARDC forces supported by UN forces; some members escaped to Uganda, while others fled to Rwanda. 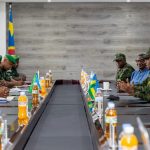