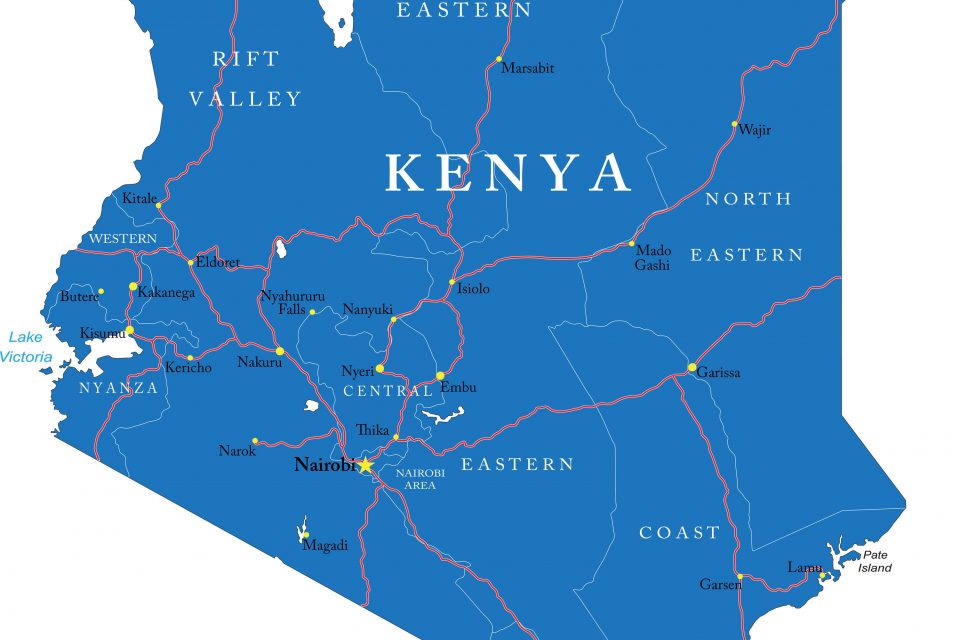 SPECIAL REPORT: Local officials in Eastern Equatoria State have noted with alarm in recent months about Kenya’s illegal encroachment on their land at the border town of Nakodok. In the nearly a decade since the discovery of oil in the Turkana region in 2012, Kenya has intensified its efforts to take full control of the already “disputed Illemi triangle” at the border with South Sudan.

Kenya has seen its number of troops deployed in the region increase. There’re reports on the ground right now about the East African’s country activities of constructing roads within the South Sudanese territory.

The Kenyan government, for a number of years, neglected its northern region of Turkana. However, with the recent discovery of oil by Tullow Oil Company, the government stepped up its development plans to lay the foundation for extracting the new black gold the resource-starved central government craves.

In the recently concluded national dialogue in Juba, the steering committee noticed the Eastern Equatoria border towns with Kenya were seriously being invaded. The dialogue called on the government to step up plans to curtail the arbitrary attempts on south Sudan’s territory and up to now, nothing public has made about those attempts.

Invading of South Sudan’s territory by its neighbors isn’t a new phenomenon. At the end of last year, SSPDF lost its personnel to an attack from the Uganda army- a move that saw tension between the two neighbors.

Some of South Sudan’s famous territories in disputes aside from the Ilemi Triangle include Abyiei, Helgig, Jau, and Kafia Kingi.

ORIGINAL MAP OF KEN YA BEFORE THE DISCOVERY OF OIL

The Ilemi Triangle is a disputed land in Eastern Equatoria State border bordering Kenya and Ethiopia. It’s an area historically belonging to the Didinga and Topasa in South Sudan, and the Nyangatom (Inyangatom) who move between South Sudan and Ethiopia, and the Dassanech who live east of the triangle in Ethiopia. On the Kenyan side, it’s the Turkana people that roam the region.

These pastoral people have historically engaged in raids on livestock. While in the past, they used traditional weapons, since the nineteenth century onwards the use of firearms has been common.

Arbitrarily defined, it measures between 10,320 and 14,000 square kilometres (3,985 and 5,405 sq mi). Named after Anyuak chief Ilemi Akwon, the territory is claimed by South Sudan and Kenya. The territory also borders Ethiopia and, despite use and “trespass” into the triangle by border tribes from within Ethiopia, the Ethiopian government has never made any official claim on the Ilemi, and in fact agreed that the land was all Sudanese in the 1902, 1907, and 1972 treaties.

Kenya now has de facto control of the area. The dispute arose from the 1914 treaty in which a straight parallel line was used to divide territories that were both part of the British Empire. However, the Turkana people—nomadic herders continued to move to and from the border and traditionally grazed in the area.

The perceived economic marginality of the land as well as decades of the Sudanese conflicts, leading to the cessation of the South, are two factors that have delayed the resolution of the dispute.

To the southeast of the Ilemi, Ethiopian emperor Menelik laid claim to Lake Turkana and proposed a boundary with the British to run from the southern end of the lake eastward to the Indian Ocean, which was shifted northward when the British and Ethiopian governments signed a treaty in 1907, reaffirmed by a 1970 Ethiopia-Kenya treaty.

The Ethiopia-Sudan boundary, the “Maud Line”, was surveyed by Captain Philip Maud of the Royal Engineers in 1902–03. It was adopted by Anglo-Ethiopian Agreement treaty of December 6, 1907 between Ethiopia and British East Africa. Though vague on the precise details of where the Kenya-Sudan border was located, it clearly placed the entire Ilemi on the west side of the Ethiopia-Sudan line.

In 1914 the Uganda-Sudan Boundary Commission agreement provided Sudan access to Lake Turkana via the now-dry Sanderson Gulf at the southeast corner of the Ilemi (at the time Lake Turkana was the border between the British territories of Uganda and Kenya). After World War I, the Ethiopians armed the Nyangatom and Dassanech peoples, whereby the traditional raids turned into battles where hundreds died.

Sudan in 1928 agreed to allow Kenyan military units across the 1914 line to protect the Turkana against the Dassanech and Nyangatom, although it cost £30,000 per year. In 1929 Kenya began subsidizing Sudan to occupy the territory, which it did not wish to continue because of the perceived useless nature of it. In 1931 it was Sudan which agreed to subsidize Kenya to occupy the territory.

In 1931 the Red Line (the Glenday Line) was drawn to represent the northern boundary of Turkana grazing. “In a series of agreements from 1929 to 1934, the Governor-General of the Anglo-Egyptian Sudan and the Governor of Kenya agreed that this Red Line should be accepted as the Turkana grazing boundary.

After Italy invaded Ethiopia in 1936, Italy briefly claimed the area of the Ilemi triangle. A joint Kenya-Sudan survey team in 1938 demarcated the “Red Line” or “Wakefield Line”, very close to the delimitation a few years earlier of this Red Line, marking the northern limit of grazing of Turkana.

While Egypt and Britain agreed on this, Italy did not. The Dassanetch and Nyangatom had suffered because of the Italian occupation, and wished to recoup their losses by making a raid against the Turkana. Several hundred Turkana people were killed in a raid in July 1939 by the Nyangatom and Dassanech peoples. Italy gave up their claim on the Ilemi subsequently, and allowed the British to respond with a raid on the Inyangatom and Dassanech supported by the Royal Air Force.

British troops of the King’s African Rifles occupied Ilemi in 1941 after the East African Campaign during World War II. The KAR passed through Ilemi on their way to southwestern Ethiopia. In 1944 Britain’s Foreign Office surveyed a “blue line” which was further northwest than the “red line”.

Sudan, in 1950, established their own patrol line even further northwest into Sudan up to the border with Ethiopia, where they prohibited Kenyan and Ethiopian pastoralists from moving west of it, giving up policing and development to the area east of it. However, that Kenya-Sudan agreement specified that this patrol line in no way affected sovereignty; that it was not an international boundary, and money continued to be paid to Kenya to patrol this Sudanese territory.

There was fighting between 1949 and 1953 as Sudan attempted to keep the Nyangatom behind this line. After Sudanese independence in 1956, Sudan has not administered Ilemi or much of the southern part of the country due to the First Sudanese Civil War which began all over southern Sudan.

In 1967 President Jomo Kenyatta’s administration had made overtures to the British in order to secure support for the cession of the Triangle to Kenya. The British were unresponsive and the results amounted to little. The matter was sidelined and successive Kenyan administrations have been seemingly willing to accept the territorial status quo and their de facto territorial control, even if the Kenyan influence did diminish after the relocation of the Sudan People’s Liberation Army to Sudan in the 1980s–90s.

In 1964, Kenya and Ethiopia reaffirmed their boundary, confirming Kenyan sovereignty to Namuruputh, which is just south of the southeastern point of the triangle. In 1972 a Sudan-Ethiopia boundary alteration did not solve the Ilemi issue because it did not involve Kenya, but did confirm that Ethiopia had no claim to the Ilemi Triangle.

In 1978 Kenya began to publicly, unilaterally regard the Turkana grazing line of 1938 (Wakefield Line) as an international boundary between Kenya and Sudan.

In 1986, Kenya began to widely circulate a new map which for the first time displayed the Ilemi Triangle as an integral part of its territory (no longer displaying the straight horizontal “Maud line”).

In the 1990s Ethiopia armed the Dassanech with Kalashnikov automatic rifles, perhaps in response to Kenyan government arming in 1978 of the Turkana. Beginning in the 1960s, many Kenyan maps have marked the Red Line as the official boundary of Kenya, rather than a dotted boundary which it had been previously. More recently, many Kenyan maps depict the 1950 patrol line, the furthest northwest, as the boundary. There was a question as to whether a secret agreement was broached between Kenya and South Sudan to allow Kenya to administer this territory, in return for support in to the SPLA during the civil war. In recent decades, the countries involved have had other priorities, delaying a resolution to the issue.

With the independence of South Sudan in 2011, the Ilemi Triangle was transferred to the new national government in Juba. But with these current activities of the Kenyans and other neighboring countries, it is hoped that Kenyans would be wise to avoid controversy and potential war with South Sudan in the quest for oil.

It is pointless for Kenya to lay claim to a land inhabited by a people it does not care about much less for the purpose of prospecting for resources. 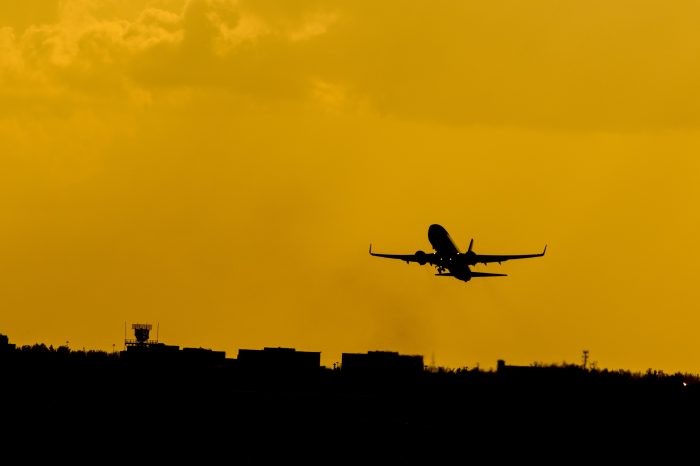 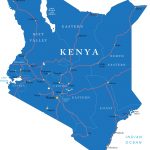