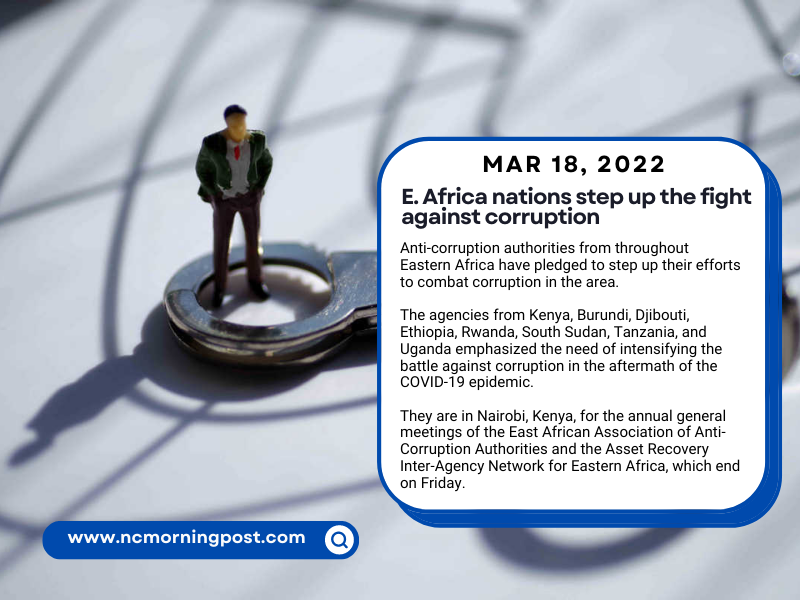 Anti-corruption authorities from throughout Eastern Africa have pledged to step up their efforts to combat corruption in the area.

The agencies from Kenya, Burundi, Djibouti, Ethiopia, Rwanda, South Sudan, Tanzania, and Uganda emphasized the need of intensifying the battle against corruption in the aftermath of the COVID-19 epidemic.

They are in Nairobi, Kenya, for the annual general meetings of the East African Association of Anti-Corruption Authorities and the Asset Recovery Inter-Agency Network for Eastern Africa, which end on Friday.

According to Kenya’s Ethics and Anti-Corruption Commission, the sessions demonstrate Kenya’s commitment, as well as the will of other member nations, to combat and eliminate corruption in the region.

Kenya’s court, according to Koome, has committed to do all possible to fight corruption, emphasizing that judicial misconduct permits impunity to reign and weakens the rule of law.

“One of our primary aims is to empower individuals to participate actively in their access to justice. Corruption is a key factor impeding access to justice. It enables for justice to be served “for a few at the price of justice for everyone.” This, in my opinion, is unsustainable “She said.

Koome further said that a really accessible court is one that efficiently deals with corruption, which she claims not only serves the requirements of the people but also inspires trust.

“The Judiciary will continue to cooperate with all partners to uncover, expose, and dismantle perpetrators and cartels, recognizing the tremendous risk that we all face if this evil pervades and corrodes the legal system,” she added.

The formation of the Asset Recovery Inter-Agency Network for Eastern Africa, according to Munira Bablo, acting general secretary of the East African Association of Anti-Corruption Authorities, has substantially aided in the tracking and recovery of assets both inside and beyond the area.

According to Twalib Mbarak, chief executive officer of Kenya’s Ethics and Anti-Corruption Commission, the interagency network has allowed the commission to acquire important information from other jurisdictions during trans-border investigations.

“There is a notable case in which a Kenyan court convicted and sentenced a defendant to spend 67 years in jail or pay a fine of $20 million in a situation whose investigation was helped via regional coordination,” Mbarak added.

“This is an excellent indication of the region’s potential and future benefits in asset recovery.”

Bribery continues to obstruct access to essential services in many regions of East Africa. 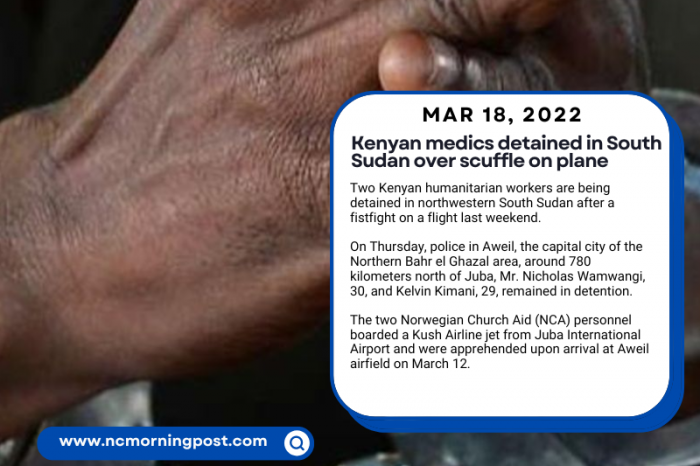 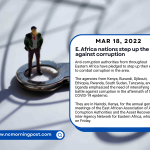