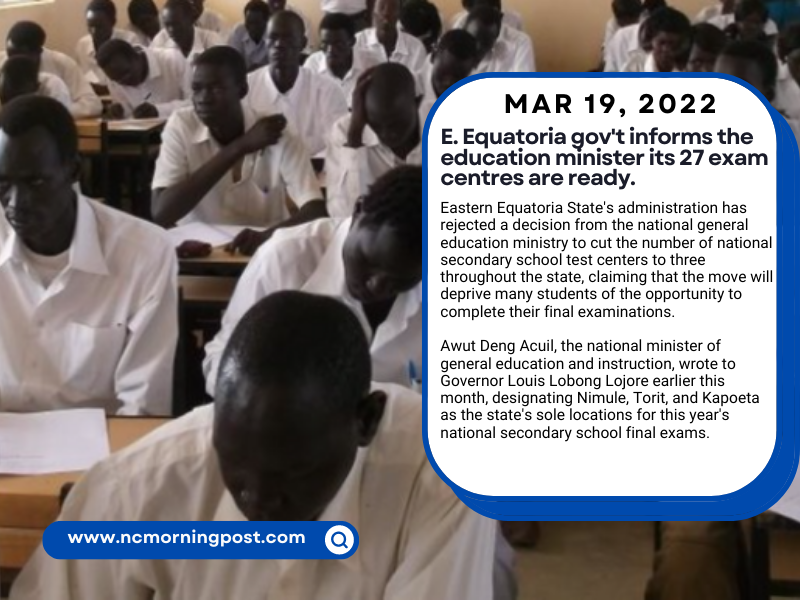 Eastern Equatoria State’s administration has rejected a decision from the national general education ministry to cut the number of national secondary school test centers to three throughout the state, claiming that the move will deprive many students of the opportunity to complete their final examinations.

According to Sammy Lopeyok Aperengole, the minister of general education in Eastern Equatoria State, Minister Awut’s instruction was allegedly prompted by insecurity in the state.

The state legislature has branded the plan as a breach of a child’s right to education, stressing the enormous distances and hazards that kids would face in taking exams in remote regions.

Acting Speaker of the State Parliament, Peter Bosco Lotiam, said that there is no obvious basis for the change of test locations in Eastern Equatoria, claiming that all 27 current centers are ready for the exercise.

Sammy Lopeyok, the state education minister, said he was called by the state legislature on Thursday to address the matter of the test center.

“I’ve come to speak to the parliament on the national ministry of education’s lowering of test centers. “We got a letter from the national minister of education to the governor, and the theme of the letter is insecurity,” Minister Lopeyok remarked. “That is why they reduced the number of centers, and nothing has an impact on our security.” Eastern Equatoria is in good shape, and there are no issues with instability affecting education.”

According to Lokulang Faustino, the state ministry of education’s director of quality assurance, issues linked with the decrease of test locations may cause the state’s examinations to be canceled.

“We anticipate all centers to stay in place to provide a favorable atmosphere for exams,” Lokulang added. “Sending these students from one site to another would present issues.” “The issues of mobility, eating, and lodging will present difficulties.”

Sikuku Rose, the Torit municipality’s director of education, advised that the national ministry of general education should be prepared to assume responsibility for any doubts that may develop as a result of the decrease of test centers. Despite the fact that several states in the country are suffering instability, she chastised the national education minister for focusing on and downsizing the centers primarily in Eastern Equatoria State.

Eastern Equatoria State enrolled 2293 candidates for the national secondary school final exams this year, 766 females and 1527 boys, at 27 sites around the state. 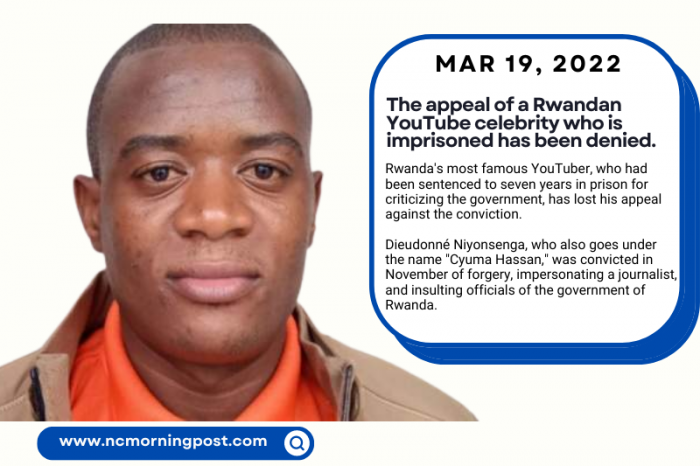 The appeal of a Rwandan YouTube celebrity who is imprisoned has been denied. 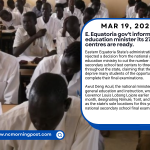