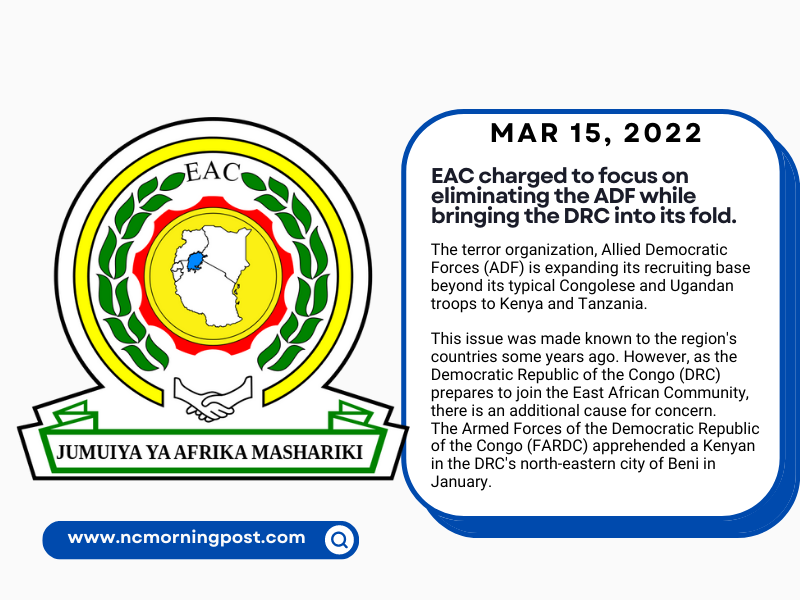 The terror organization, Allied Democratic Forces (ADF) is expanding its recruiting base beyond its typical Congolese and Ugandan troops to Kenya and Tanzania.

This issue was made known to the region’s countries some years ago. However, as the Democratic Republic of the Congo (DRC) prepares to join the East African Community, there is an additional cause for concern.

The Armed Forces of the Democratic Republic of the Congo (FARDC) apprehended a Kenyan in the DRC’s north-eastern city of Beni in January.

During the interview, the soft-spoken Salim Mohamed admitted that he and two pals were traveling from Kenya to South Africa through the Democratic Republic of Congo in pursuit of better opportunities.

Their van was assaulted by insurgents, who kept them hostage until the FARDC arrived.

There was no word on the whereabouts of Mohamed’s two purported companions. It was apparent that Mohamed was an ADF member who had worked with the Islamic State in Mozambique, Somalia, Turkey, and Syria. He fled court in 2020 after being freed on bail on terrorist accusations in Kenya.

The police labeled him missing, armed, and dangerous, and offered a KES10 million (US$88 million) reward for information leading to his whereabouts.

On the day of his detention, a violent video depicting Mohamed and two men dressed in ADF garb went viral. The three were monitoring a five-year-old boy who was beheading a dead man.

In the first week of February, the FARDC apprehended three Tanzanian ADF members in Beni. Tanzanian citizens were caught as members of the terror organization for the first time, according to FARDC spokesperson Anthony Mwalushay.

Zazrad Saidi, a female Tanzanian from the gang, was captured a week later in Beni. According to interviews with law enforcement in the area, the ADF has also recruited from Rwanda and Burundi.

The ADF is a prime example of a ‘nexus’ criminal organization that is both a terrorist organization and a global organized crime organization. It was created in 1995 as a frustrated alliance of rebel groups intending to destabilize Uganda’s government under President Yoweri Museveni.

The gang withdrew to the eastern Democratic Republic of the Congo, where it has been destabilizing the area for years, murdering about 6000 people since 2013.

Since 2016, the ADF has been transforming into an Islamic State-affiliated terrorist organization. It had around 1 300 fighters in 2012, and numbers have varied as a result of military actions against the organization.

The ADF also works with al-Shabaab by training youth in its camps and sending them to Somalia to fight. In March 2021, the group was added to the United States government’s list of foreign terrorist groups.

Even as ADF assaults in eastern DRC increased, the terror organization switched its focus to Uganda last year.

There was a failed assassination attempt on the country’s Works and Transport Minister, General Katumba Wamala, and an attempted suicide bomb assault at the funeral of Paul Lokech, the former deputy inspector general of police.

The ADF’s tail is in illegal DRC trade, and its head is in Uganda, where it is involved in terror funding and money laundering.

In early October, the Islamic State claimed responsibility for an attack on a police station in Kampala, which the authorities subsequently stated was foiled. The United Kingdom issued a warning in mid-October that terrorists would most likely carry out indiscriminate strikes in Uganda.

13 ADF suspects, including a pastor and an engineer, were apprehended a few days later. On November 16, two suicide bombers in downtown Kampala killed four people and wounded 33 others, while authorities defused two more devices.

The ADF is a multinational organized criminal syndicate. While its tail is involved in illegal economic operations in eastern DRC, its head is involved in terror funding and money laundering in Uganda.

In the Democratic Republic of the Congo, the organization gains from taxes on illicit wood production in Eringeti and gold mines near Bialose hamlet along the Lesse River. According to a source in the Goma area who works with ADF victims, ‘the ADF’s purpose is solely fear.’ ‘They terrorize the villages and drive people off their farms to get access to the mines.’

The ADF owns numerous mines in Beni’s northwestern region and funds its operations in part by illegally exporting other minerals including as wolframite, coltan, and cassiterite. This lends credence to the notion that the group’s principal motivation is organized criminality enabled by terror techniques.

The circulation of weapons and soldiers in the area is expected to improve, which might help the ADF to grow.

In Uganda, businesses in the petroleum and real estate sectors support and launder terrorist organization revenues. This was shown by the arrest in October 2021 of three persons suspected of funding the ADF to the tune of USh1.8 billion ($US 506 000).

The East African Community intends to expand a regional market, establish a customs union and a unified currency, and form a political federation among its member countries. This, along with the DRC’s inclusion in the organization, will allow East Africans to roam freely throughout a much larger territory.

As transnational organized crime develops with growth, the ADF may be able to capitalize on these advancements. Weapons and soldiers would also be more easily moved, perhaps facilitating the group’s expansion and strikes in East Africa. This is consistent with the Islamic State’s expansionist objective of establishing provinces across the globe.

The DRC has admitted that it confronts serious security issues in its eastern areas and is eager to join a regional effort to end the lengthy war. The East African Community will not profit from the huge value that the Democratic Republic of the Congo contributes to the economic bloc until it addresses the escalating ADF threat.

East African leaders must reach an agreement on a strategy for eliminating the ADF. As a first step, the region should review its anti-terrorism policy and develop a plan for an organized crime for member nations. 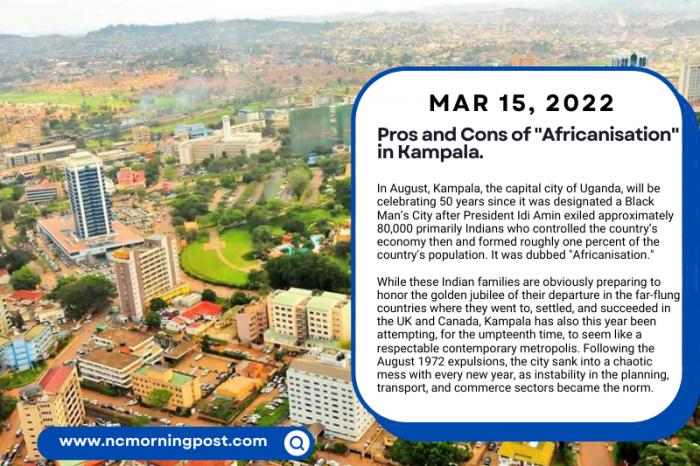 Pros and Cons of "Africanisation" in Kampala 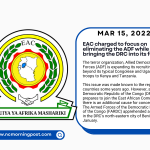