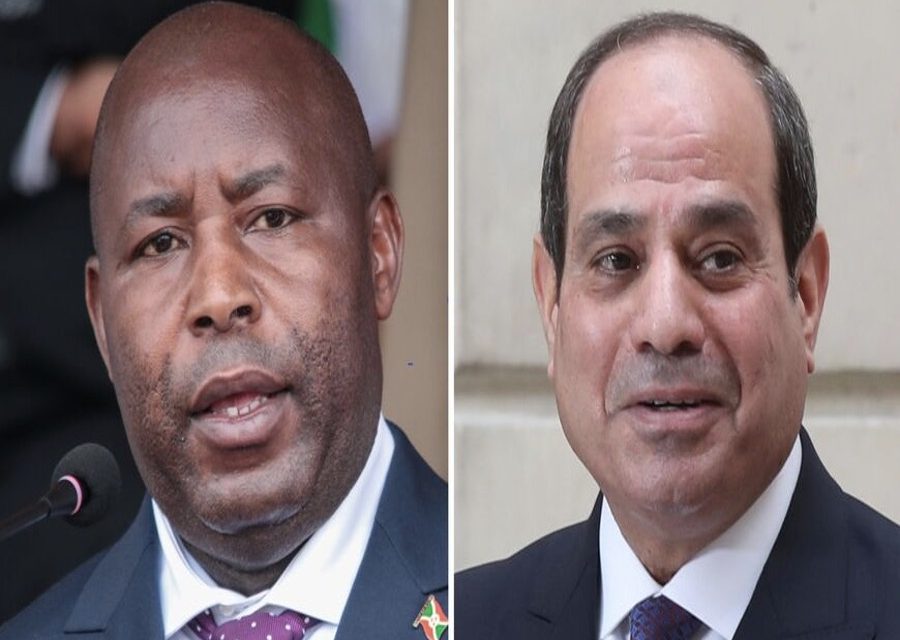 Egyptian President Abdel Fattah al-Sisi recently welcomed Burundi’s president, Evariste Ndayishimiye, to discuss the Grand Ethiopian Renaissance Dam crisis, among several issues. It was yet one more move Egypt has been making lately to gain support for its position regarding the dam.

Sisi spokesman Bassam Radi said in a press statement that Egypt seeks to strengthen relations with Burundi, especially at the economic, commercial, security, and military levels.

During the meeting, the two presidents agreed to intensify coordination about the dam crisis. Sisi reiterated to his Burundian counterpart the paramount importance of water for Egyptians. Sisi said that the issue is of national security concern and that Egypt seeks to reach a legal agreement that guarantees clear rules on the process of filling and operating the dam.

Ayman Samir, an international relations researcher at Al-Ahram newspaper, told Al-Monitor over the phone that this was one of a number of Egyptian moves to gain African countries’ support in the dam crisis.

Samir said Shoukry also met on March 4 with Zuhair Dhul-Kamal, the foreign minister of Comoros, to discuss means to enhance bilateral relations. Shoukry reiterated during the meeting Egypt’s commitment to transfer expertise to Comoros and other African countries through training programs organized by the Egyptian Agency of Partnership for Development.

Samir also referred to the meeting held between Sisi and his Eritrean counterpart, Isaias Afwerki, on July 6, 2020, during which they discussed the latest developments related to the dam and the security of the Red Sea.

Samir said these meetings broached the subject of why it would be in these countries’ interest to support Egypt on the dam issue.

Samir said Egypt’s alliances with countries that are geographically close to Ethiopia or that have common interests with it indicate that Egypt is seeking to place regional pressure on Ethiopia to prompt it to accept a fair agreement with Egypt and Sudan regarding the dam.

Meanwhile, Egyptian media outlets repeatedly mentioned how it would be advantageous for Egypt to establish a military base in Djibouti. Prominent Egyptian journalist Ahmed al-Maslamani called on Egypt to establish such a base to protect national security, especially in the wake of a high-level meeting held between the two countries in December 2016. Back then, Sisi received the president of Djibouti, Ismail Omar Guelleh, and discussed ways to strengthen bilateral relations between the two countries on the security, military, cultural and economic levels.

A high-ranking Egyptian diplomatic source told Al-Monitor on condition of anonymity that Cairo is intensifying its diplomatic campaigns and political contacts with various African countries in an effort to diplomatically and politically pressure Ethiopia and gain support for Egypt’s dispute with Ethiopia over the dam.

The source said Egypt has managed to politically and diplomatically pressure Ethiopia by communicating with its neighbors and with various African countries to explain why Cairo’s stance on the dam is justified.

This, he continued, was done through high-level contacts with Djibouti, Somalia, Eritrea, Burundi and Sudan.

The source spoke of the importance of Sudan in particular, which also opposes a unilateral filling of the dam.

He said Sudan and Egypt have been cooperating for a long time at higher levels to unify their visions as far as the dam is concerned, and this coordination has been exemplified by the exchange of official visits at the highest level between the two countries.

Ammar Ali Hassan, a professor of economics and political science at Cairo University, told Al-Monitor that Egyptian-African relations have been recently witnessing a positive momentum not witnessed in years. He attributed the timing of such improvement to Egypt’s will to strengthen and deepen its African relations and ultimately garner the support of the regional countries on the dam issue.

He added that Egypt’s ability to change African stances on the dam crisis primarily depends on convincing neighboring African countries of the fairness of the Egyptian stance and subsequently using soft and diplomatic power to establish strategic partnerships that would lead other countries to take stances in favor of Egypt. This, he added, could cause Ethiopia to change its hard-line positions.

Hassan said the Egyptian Foreign Ministry’s attempts to gain a greater foothold in Africa and place pressure on Ethiopia have been successful so far, as Egypt has launched several alliances with African countries neighboring or near Ethiopia and important to Africa, most notably Djibouti, Eritrea, Burundi, Somalia and Sudan.

He added that the greater the Egyptian coordination with these countries, the more Ethiopia is likely to feel isolated from the African continent, and that this could prompt Addis Ababa to change its intransigent position should it feel a heavy political and economic cost. If African neighbors and friends are to voice positions in favor of Egypt, he said, then Ethiopia might cave in and change its stance on the dam. 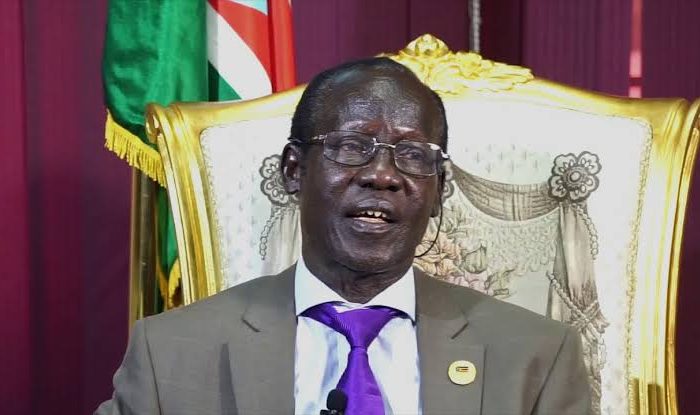 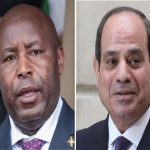