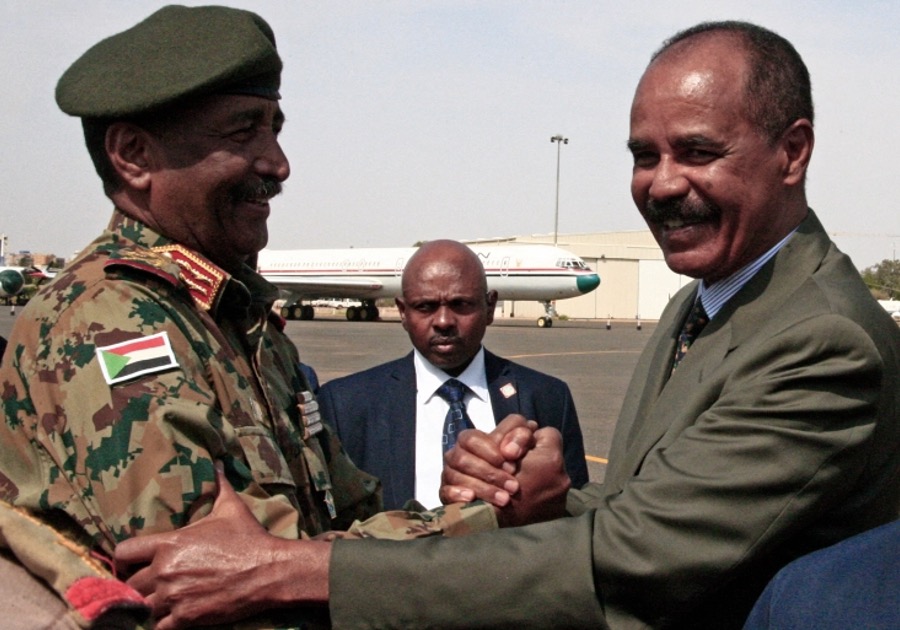 Eritrean President Isaias Afeworki is on a two days two working visit to Sudan. Foreign Minister Osman Saleh, and Yemane Gebreab, advisor to the president, accompanied him as usual.

He was welcomed by Abdel Al-Fattah Al-Burhan, the head of state, with whom he had a meeting in the Republican Palace in the afternoon.

According to the SUNA report seen by NCMP, the two leaders emphasized the need to strengthen bilateral relations that serve the interests of the people from the two countries.  The report added that the two leaders expressed optimism that issues in the region will be addressed through dialogue.

Following the political and military development in Northern Ethiopia where Tigray People’s Liberation Front (TPLF) launched a surprise attack on the Ethiopian Defense Force on November 4, Sudan took control of a vast area within the Ethiopian border. The two countries have been disputing about it since then.

Also, Sudan changed its position in relation to the Grand Ethiopian Renaissance Dam (GERD) negotiation – which has been going on for over ten years now. Like Egypt, Sudan is now saying GERD constitutes a national security threat. And both countries need a binding agreement before Ethiopia undertakes the second round of the dam filling.

Eritrea itself was drawn to the conflict in Tigray after Tigray People’s Liberation Front (TPLF) fired rockets targeting the capital Asmara in mid-November 2020.

Eritrean President Isaias Afeworki also met with Prime Minister Abdella Hamdok. According to the Ministry of Information of Eritrea, the two leaders discussed the issue of regional integration in the Horn of Africa. And they seem to be on the same page regarding its importance. 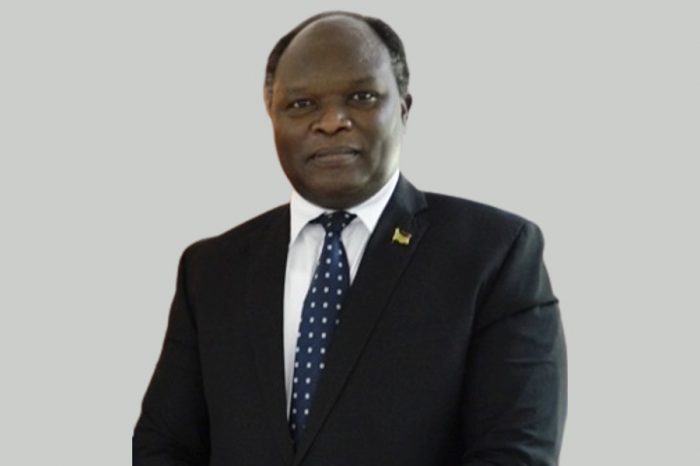 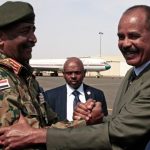