While the controversy over Ethiopia’s massive hydroelectric dam on the Nile River continues, Addis Abeba recently announced intentions to sell electricity to South Sudan as part of an electrical connecting project between the two nations.

According to the Ethiopian News Agency, Addis Abeba will begin exporting 100 megawatts (MW) of electricity to South Sudan in the first phase of the project, gradually increasing it to 400 MW over the following three years.

The declaration came on the heels of the signing of a memorandum of understanding between officials from the two nations on an electrical connectivity project on May 5 during a South Sudan delegation’s official visit to Ethiopia.

During his tour to Ethiopia, South Sudanese Minister of Energy and Dams Peter Marcello said that the pact agreed by the two sides would assist hasten the process of creating the required infrastructure to import electric power from Ethiopia.

He said that electricity is the backbone of the economy and that the energy imported from Ethiopia would assist his nation in quickly implementing its development goals.

During a ceremony in Ethiopia’s capital, Addis Ababa, Ethiopian Minister of Water and Energy Habtamu Itefa and Marcello signed the pact.

The amount of the energy export agreement has yet to be announced by Ethiopia and South Sudan.

According to Sia, Ethiopia earns roughly $50 million per year from energy exports to neighboring nations such as Sudan and Djibouti. He also said that Addis Abeba is looking to increase its efforts to generate $400 million over the next ten years.

He said that his nation earned $37 million in the last nine months as a result of its energy supply, a 7 percent increase over the previous year.

According to Addisu Lashitew, a nonresident fellow at the Brookings Institution, Ethiopia is now experiencing a serious economic crisis, which has resulted in an alarming surge in inflation and unemployment after a year and a half of horrific civil conflict in Tigray.

He also stated that the country is suffering from a severe foreign currency shortage as a result of the coronavirus pandemic, which has disrupted tourism and international trade, as well as the US decision to exclude Ethiopia from the AGOA duty-free trade program due to human rights violations committed by Ethiopian government forces in the Tigray region.

However, Lashitew thinks that income from electric power exports to South Sudan will be too tiny to have a significant influence, although they may contribute marginally to the country’s balance of payment concerns.

Itefa said in March that his nation intends to sell around 2,000 MW of electric power to neighboring countries in order to capitalize on Ethiopia’s water potential.

Ethiopia is attempting to become an African continent leader in energy generation by constructing the Grand Ethiopian Renaissance Dam (GERD) on the Blue Nile, the Nile’s largest tributary, at a cost of $5 billion.

Egypt, Sudan, and Ethiopia have been embroiled in a fierce decade-long battle over the GERD. The lawsuit has come to a halt as worries of a military war in the already dangerous area grow.

Egypt and Sudan have consistently failed to convince Ethiopia to sign a formal agreement governing the dam’s filling and operation, as well as its mode of operation during drought years with little rainfall. As a result, the quantity of water released by Addis Abeba to downstream nations would be reduced.

According to Ashok Swain, professor of peace and conflict research at Uppsala University in Sweden and UNESCO chair of international water cooperation, Ethiopia’s goal in exporting electricity to South Sudan is to get as many regional allies to support its unilateral construction of the GERD and fill up the dam as possible.

He said that Ethiopia aspires to include South Sudan in the GERD process so that it is not alone in its conflict with Egypt and Sudan.

“When the solution to the GERD problem requires a multilateral approach across three Blue Nile riparian nations,” Swain stated, “Ethiopia again unilaterally pushes ahead and strikes a contract, bringing in a new participant to this very contentious dialogue.”

“Only a few months remain for the dam reservoir’s third filling, and there is still no agreement among the riparian nations,” he continued. The admission of South Sudan would only complicate the negotiations.”

Ethiopia plans to fill the GERD for the third time this rainy season, which began in July, despite stalled discussions with Egypt and Sudan, both of whom are concerned that the dam project could negatively impact the flow of Nile River waters.

In February, Ethiopia also announced the dam’s first partial operation through limited electricity generation, a move that the two downstream countries also condemned as a violation of the three countries’ Declaration of Principles agreement, which prohibits any of them from taking unilateral measures in the use of the river’s water.

Lashitew, on the other hand, feels that Ethiopia’s supply of energy to South Sudan would have little effect on the GERD discussions. “The overall power export to South Sudan will be less than 8% of the GERD’s total producing capacity,” he stated. Negotiations [about GERD] are not going well right now, but I doubt this discovery will make matters worse.”

“A peaceful conclusion for a shared and equitable use of the Nile is critical for regional stability and economic integration,” he continued.

The African Union’s (AU) repeated attempts to resolve the GERD dispute have failed since June 2020 to broker a deal to end the stalemate in negotiations between the three countries, with its most recent round taking place in Kinshasa, the Democratic Republic of Congo’s capital, in April 2021, which did not result in an agreement to resume negotiations. Following then, the parties shared blame for the stymied discussions.

Despite Addis Abeba’s opposition, Cairo and Khartoum were able to get the dam issue on the agenda of the United Nations Security Council last summer. Following that, the Security Council issued a presidential statement urging the three nations to restart their discussions under the auspices of the AU, which has subsequently attempted to reopen negotiations but has been unsuccessful.

However, Egypt and Sudan remain hopeful that the stalled discussions with Ethiopia would be resumed before the dam’s reservoir is filled for the third time.

Swain, on the other hand, is pessimistic about the success of a negotiated agreement before the filling begins this year. “Political instability in Sudan and the West’s emphasis on Ukraine have allowed Ethiopia greater free space to pursue its unilateral filling of the GERD reservoir,” he added. 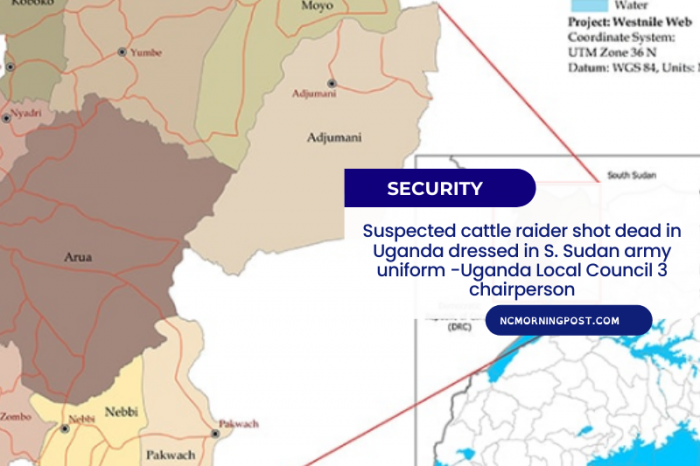 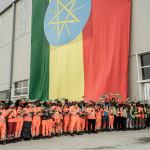