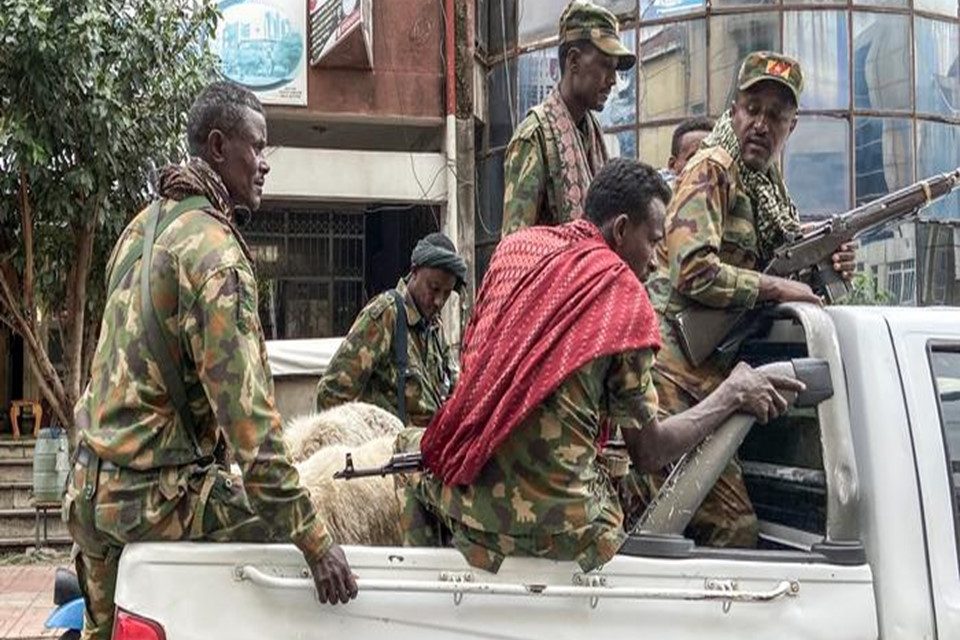 Special forces and militias from around Ethiopia are deploying to support the federal government’s military operations in Tigray, signifying the conflict’s spreading.
Since Ethiopian Prime Minister Abiy Ahmed launched the military offensive in Tigray in November, regular forces from Amhara — a vast region bordering the south of Tigray — have been fighting alongside federal troops.

However, regular and irregular soldiers from six formerly unaffiliated regions, including Oromia, Ethiopia’s most populous region, as well as Sidama, Somalia, and the Southern Nations, Nationalities, and Peoples, are now joining the conflict (SNNP).
Since November 2020, a battle has raged in Ethiopia’s Tigray area. Hundreds of patients with gunshot or explosion injuries have been treated at this referral hospital in Tigray’s city, Mekele. Doctors are working nonstop, but with few resources.

Power outages are common, and many hospitals are short on medication and other supplies.
Ethiopia has a federal structure with ten ethnically based regional states (and two city administrations). Each has its own Special Forces, as well as local militia units, which are frequently made up of farmers and serve in a similar capacity to a home guard squad.

After Tigray’s former ruling party, the Tigray’s People Liberation Front (TPLF), regained control of the regional capital Mekele and evicted the Ethiopian National Defense Force in June, Prime Minister Abiy called for regional military support.
The mobilizations follow allegations that Tigray rebels are invading Amhara-controlled portions of Tigray as well as the Afar region, which borders Tigray to the east. Afar spokesman Ahmed Koloyta told Reuters that Tigrayan fighters crossed into Afar on Saturday and that Afar forces and allied militias were still fighting them on Monday.

In a DW report reviewed by NCMP, US-based Ethiopia researcher Yohannes Woldemariam stated Afar was “extremely crucial since the road and the railway [connecting the capital Addis Ababa] to Djibouti run through there.” He stated that if the TPLF succeeds in cutting off the railway, the central authority will be unable to access the harbour.

“It’s not surprising to see diverse forces from different regions coming together in order to preserve the national interest,” Melisew Dejene, a scholar at Ethiopia’s Hawassa University, said.
“The TPLF was recently declared a terrorist group by a cabinet decree, and it has now become a threat to the country,” he explained over the phone from Sidama.

The support for Abiy’s forces from various regions, according to Dejene, is a “good sign” that “people are coming together under one flag to defend their motherland, Ethiopia.” With a population of 110 million people, the Horn of Africa country is home to more than 80 ethnic groups.
However, conflict specialist Kjetil Tronvoll claims that several of the districts had heated internal debates over whether or not to follow Abiy’s demand to march into Tigray. “‘We don’t want to be drawn into this war,’ the local argument goes. In a phone conversation from Oslo, Tronvoll declared, “This is not our battle.”

He believes the conflict is mostly viewed as a fight between Amhara and Tigray within Ethiopia. Amhara gained an area in Tigray’s south and west that it claims was captured by the TPLF decades ago early in the conflict. Ethnic Amharas have been returning to western Tigray for the past eight months, taking abandoned homes and farms.
In addition, troops from Eritrea, Ethiopia’s northern neighbour, have joined the battle in support of Abiy’s administration.
Isaias Afwerki, the president of Eritrea, is a determined enemy of the TPLF, which ruled Ethiopia during a border conflict between the two countries. Despite recent military victories by the TPLF, Eritrean forces remain in Tigray, but they appear to have retreated to the north, closer to the shared border.

Last Monday, the United Nations Human Rights Council asked for Eritrea’s troops to be withdrawn immediately. It further demanded that all human rights violations in Tigray be immediately stopped.
Rights organisations gathered multiple witness accounts of widespread atrocities such as gang rape, massacres, and looting throughout the first eight months of the conflict.

Humanitarian organizations also fear that the prolonged violence, along with the difficulty of bringing aid into the region, is starving hundreds of thousands of people in Tigray.
Since Ethiopian troops withdrew from Tigray, the territory has been shut off from all forms of contact, including telephone and internet, as it was at the start of the conflict.

Journalists covering Tigray have also been subjected to severe restrictions by the government. The Ethiopian Broadcasting Authority (EBA) recently warned international news organizations with “actions” if they mention the self-proclaimed “Tigray Defense Force (TDF).” With more regional militias joining the fight, there is danger that both the catastrophic famine and human rights crimes will spiral out of hand.

“It’s a really dangerous situation that’s developing,” Ethiopia expert Woldemariam said. “There are so many organisations battling, and they all have their own grievances and ambitions.” “This appears to be a prescription for disaster.” […] It may give the impression that Rwanda is a small country. That is my dread,” he remarked, referring to the genocide in Rwanda, which resulted in the deaths of over 800,000 people.

Prime Minister Abiy Ahmed used language like “weeds,” “cancer,” and “disease” to speak to the TPLF in a speech on Sunday, fueling these anxieties. This phrase, according to conflict expert Tronvoll, is “extremely deadly speech, clearly touching on genocidal hyperbole.” 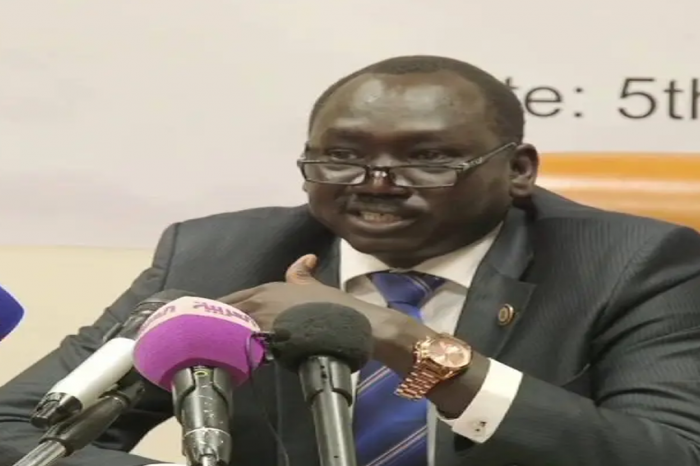 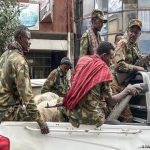