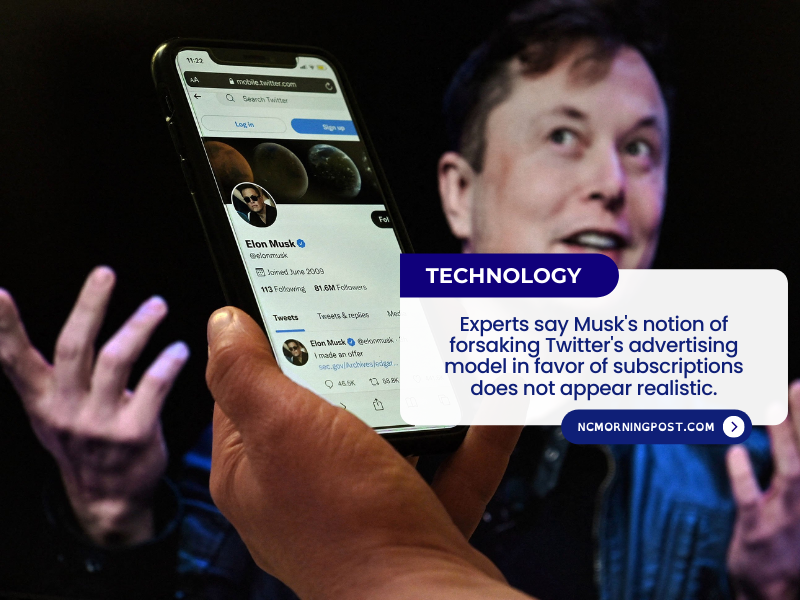 Musk’s $44 billion acquisition of the global messaging network must yet be approved by shareholders and authorities.

Experts believe Tesla CEO Elon Musk’s plan to transform Twitter into a money-making platform where anybody may post anything would be difficult.

Musk’s $44 billion acquisition of the global messaging network must yet be approved by shareholders and authorities.

While Musk has not provided specifics about how he plans to handle Twitter’s business, he has shown interest in reducing content moderation to a legal minimum and collecting money via subscriptions.

“Musk hasn’t given a vision of what the platform may be other than championing free expression,” Creative Strategies analyst Carolina Milanesi told AFP.

“He hasn’t mentioned if Twitter has an age problem, a regional tilt, who is the most powerful competition, or what else he is contemplating.”

According to Baird Equity Research analyst Colin Sebastian, in a letter to investors, Musk’s suggestion of abandoning Twitter’s advertising strategy in favor of subscriptions does not look viable.

“We doubt this will happen at all unless he intends to cover debt interest payments out of his own pocket.”

Musk’s declared position as a free speech absolutist threatens to damage the advertising income on which Twitter now relies.

Analysts agreed that brands are apprehensive to having their advertising connected with problematic material, such as disinformation or postings that might cause real-world damage.

Pushing aggressively towards subscriptions is likely to limit Twitter’s viewership, while permitting more contentious messages creates a “toxic atmosphere” that repels advertisers, according to Lauren Walden of Tinuiti, a digital marketing specialized business.

As Twitter struggles to make a profit, Musk will be obligated to pay large interest payments on the funding agreed to acquire the San Francisco-based firm.

Meanwhile, US lawmakers are threatening to change a legislation that exempts internet sites from liability for what users write. They may utilize Musk’s Twitter as a model for the attempt.

Academics highlighted that Musk’s discussion of eliminating “bots,” software-powered accounts that fire out postings, and confirming user identities comes up against privacy issues as well as the same free speech privilege he professes to value.

“Spam is a type of free communication,” said Chris Bail, a sociology professor at Duke University.

“Some of Musk’s suggestions may actually contradict one other.”

Musk’s ideas for Twitter include making the platform’s software public, allowing users to see how messages are handled, and even advocating changes.

Making Twitter software “open source” might offer users with more knowledge and control over the network, but it would also provide “uncivil actors” with instructions on how to effectively distribute their postings, according to Bail.

“Paradoxically, opening up the platform may make it easier for trolls to control the platform,” Bail added.

Musk would take over Twitter while continuing to operate Tesla, Boring Company, SpaceX, and a Neuralink initiative to connect brains and computers.

Twitter co-founder Jack Dorsey was harshly chastised for splitting his time between Twitter and his digital payments startup Block, then known as Square.

Musk, on the other hand, is a proven business success and the world’s wealthiest person.

“The only thing that causes me concern is that he has experience in engineering organizations, but Twitter isn’t an engineering company,” Bail said.

“It’s not about training an automobile to drive itself; it’s about servicing people’s needs.” 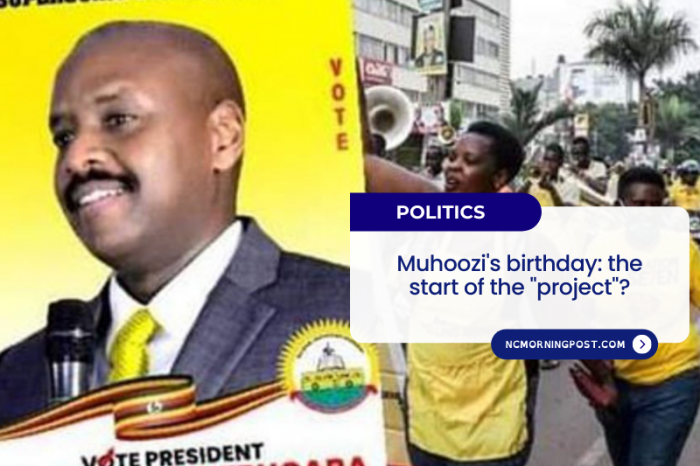 Muhoozi's birthday: the start of the "project"? 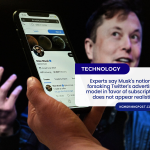