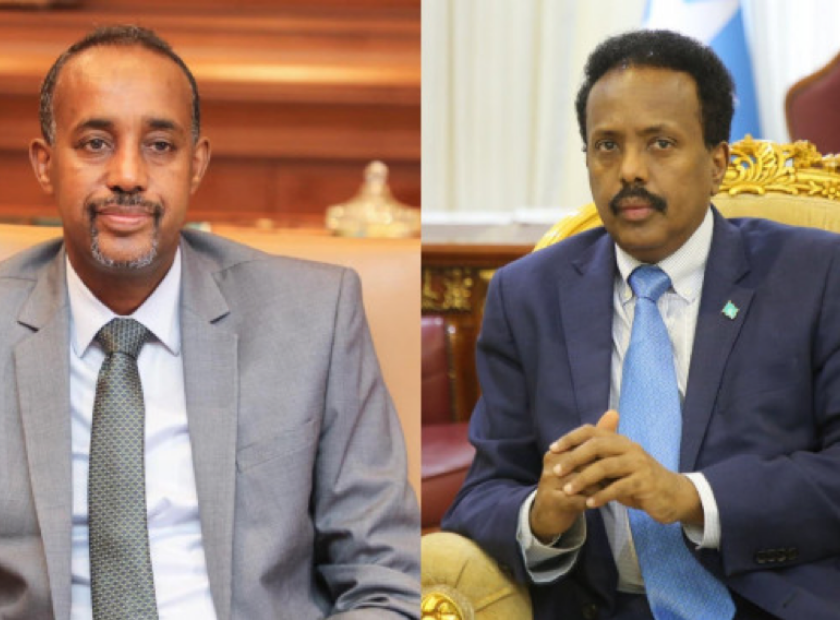 Outgoing President Mohamed Abdullahi Farmaajo has banned Prime Minister Mohamed Hussein Roble’s ability to hire or fire officials, in what he described as a “derailment plan” in the country’s current elections.

Farmaajo, who has been at odds with Roble, acknowledged in a statement issued by Villa Somalia that he had suspended Roble’s powers, accusing him of making “rash choices” and failing to maintain working ties with the President.

The remark was not reported by the official media, which is another sign of a protracted blackout aimed against Farmaajo. The official media has avoided comments from Villa Somalia in favour of covering all of PM Roble’s activities.

According to Farmaajo, PM Roble’s “rash” choices may cause political upheaval and security lapses in the nation since “he’s not working directly with me.” This is the result of a fortnight-long struggle sparked by the murder of Ikran Tahlil, a subordinate employee of the National Intelligence Security Agency [NISA].

Farmaajo also accused PM Roble of violating the constitution and going above and beyond his appointed duty of overseeing the electoral process and guiding the transition. In May, the Prime Minister was granted exclusive authority over the country’s elections.

Senatorial elections have already begun in Somalia, with 34 of 54 senators approved by different regional legislatures. Hirshabelle had its senate elections on Wednesday, with crucial Farmaajo supporters losing their seats.
The Prime Minister, like a number of opposition candidates and foreign allies, has yet to respond to the recent developments from Villa Somalia.

Roble visited Somaliland authorities on Thursday, including Speaker Abdi Hashi and Deputy Prime Minister Mahdi Gulaid, who have been experiencing problems with elections in the breakaway territory.

The dispute between Farmaajo and PM Roble was sparked by the dismissal of Fahad Yasin, the head of NISA, when he disobeyed the PM’s order on inquiries into the killing. Lieutenant General Bashir Mohamed Jama alias Goobe was chosen by Roble to lead the institution.

Later, Farmaajo reacted by promoting Fahad Yasin to the position of National Security Advisor at Villa Somalia, before selecting Yasin Abdullahi to head NISA, resulting in severe disagreement with the Prime Minister. Goobe seems to have already taken over control of the agency.

Simultaneously, Roble dismissed Security Minister Ambassador Hassan Hundubey Jimale, replacing him with Abdullahi Nor, against Farmaajo’s desires. The action widened the schism between the two leaders. Attempts to reconcile them failed.

However, the relationship may have deteriorated further when Farmaajo established a 5-member Commission of Inquiry into the death of Ikran Tahlil, a decision that was quickly rejected by the family. Roble also made a statement in favour of the military courts’ ability to carry out the mission.

Fahad Yasin and three other people have been identified as main suspects in the murder in a lawsuit filed by the family in military court. The family claims that Yasin had communicated with the deceased before to her abduction and eventual death.

Roble has publicly accused Farmaajo of “obstructing justice” for the family, saying that nothing would stop him from bringing the perpetrators to court. Analysts believe Farmaajo is eager to protect his handlers, who have been implicated in the murder.

The new development may further disrupt Somalia’s elections, since stakeholders guaranteed Farmaajo turned over security and election duties to Roble after the opposition accused Villa Somalia of interfering. In May, a deal was struck.

Roble has already published the schedule for the Lower House and presidential elections. Farmaajo’s reign has been marred by murder, abductions, political intrigues, and human rights violations, among other flaws. He has already announced his candidacy for the 2021 elections. 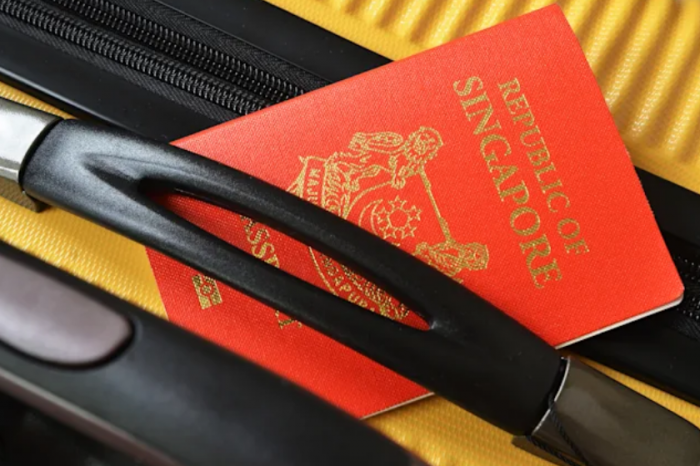 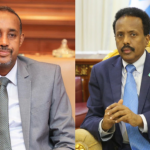