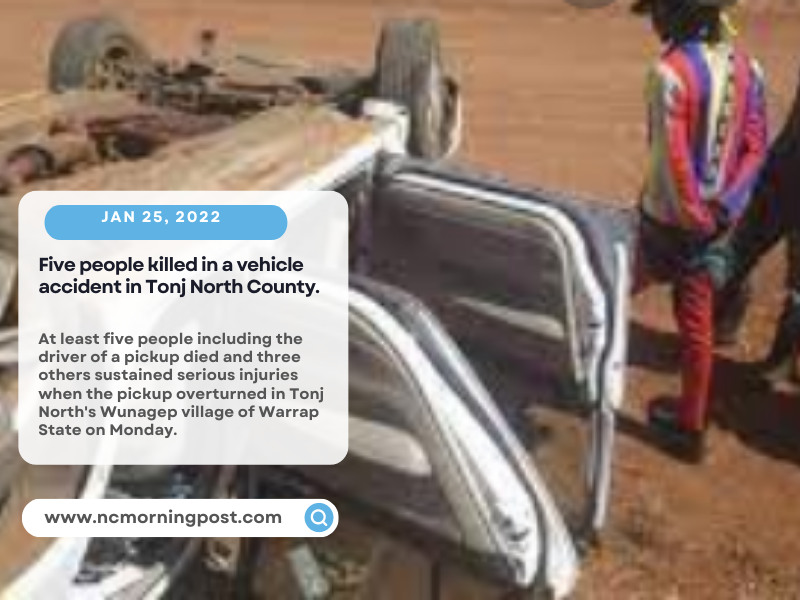 On Monday, a truck toppled in Tonj North’s Wunagep village in Warrap State, killing at least five persons, including the driver. Three others were seriously injured.

Tonj North County Commissioner Kuol Akoon Kuol said in a Radio Tamazuj report viewed by NCMP that the driver lost control of the car while overspeeding, resulting in the collision.

“At Wunagep, the accident killed five passengers, including the driver, and wounded three others. The wounded were taken back to Wau Hospital “Akoon, the commissioner, said. “The automobile began its journey from Wau, taking people to the Lou Ariik region and the Alebek market, when it was involved in an accident on the road. All of those who perished were adults.”

“Yesterday (Monday), an automobile accident occurred in Tonj North County. Our officer has just informed us that five people have perished, including the driver, who was driving at 120 kilometers per hour when he lost control “He said.

According to Col. Wol, traffic authorities will retrieve the automobile from the site of the collision, and investigations will proceed. 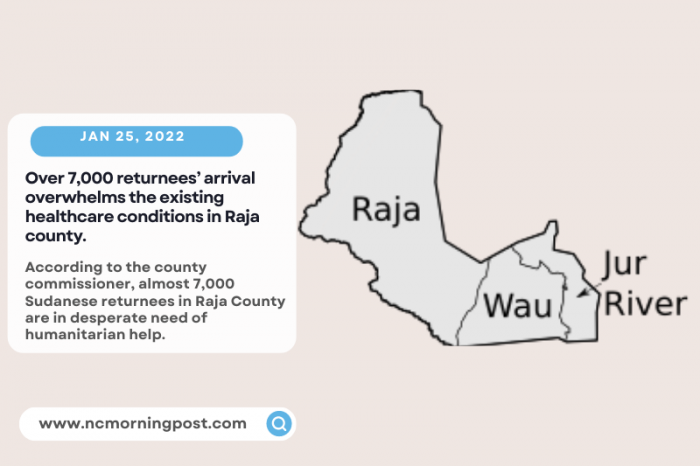 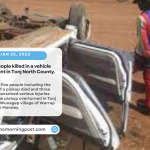